The editor of Culture Journal, Valoušek, wants to write an article about a successful plant and the role culture plays in the lives of its employees. The entertainments officer Matýsek enthusiastically takes the journalist under his protection and proudly demonstrates the modern interior of the plant's employees' club; then he boasts about the various societies active in their company and group visits to the theatre. But Matýsek has to see the company director and hands the guest over to Jiřinka, a young company clerk. She seems intent on sending the journalist to the canteen. The menu for the entire week that hangs at the door reads goulash soup followed by a goulash. The canteen is unbearably noisy, even more so because of the crackling sound of the music coming from the speakers and the total mess. The cook uses his hand to put dumplings on the plates and his female colleague pours the gravy over and adds two sweet buns. Shocked, the journalist protests but the cook doesn't understand what he is complaining about. Both the tray and the table are incredibly dirty and, what is more, the progressively more despairing customer must plead to get cutlery at the buffet. When a cat comes to the table wanting some food, the wretched Valoušek gives up and leaves the canteen. Outside, he meets Matýsek who is surprised to see him there. He would personally never enter that canteen. He wouldn't want to ruin his appetite. He goes on singing praises about all that their factory does for the cultural life of its workers. 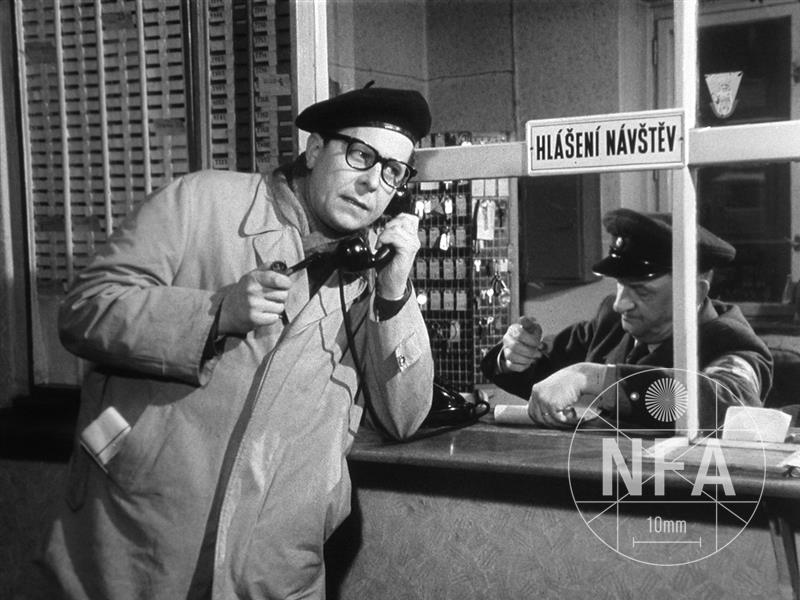 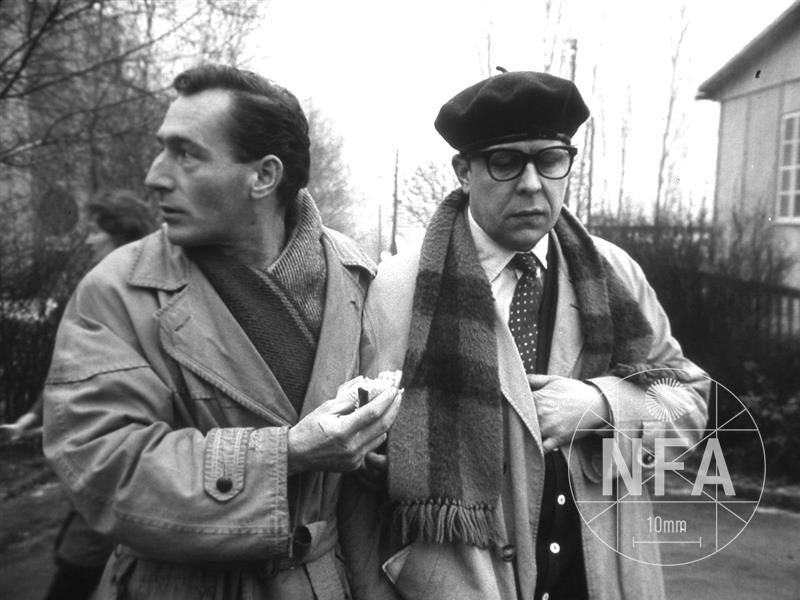 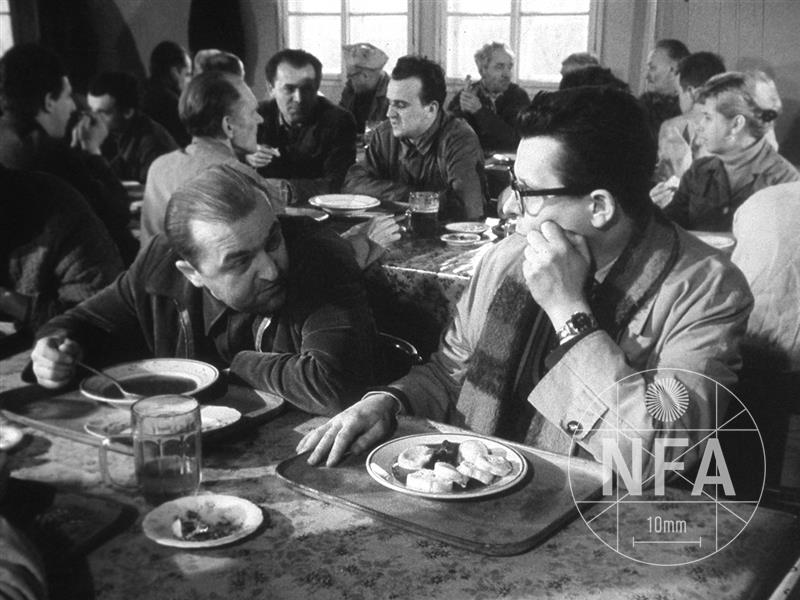 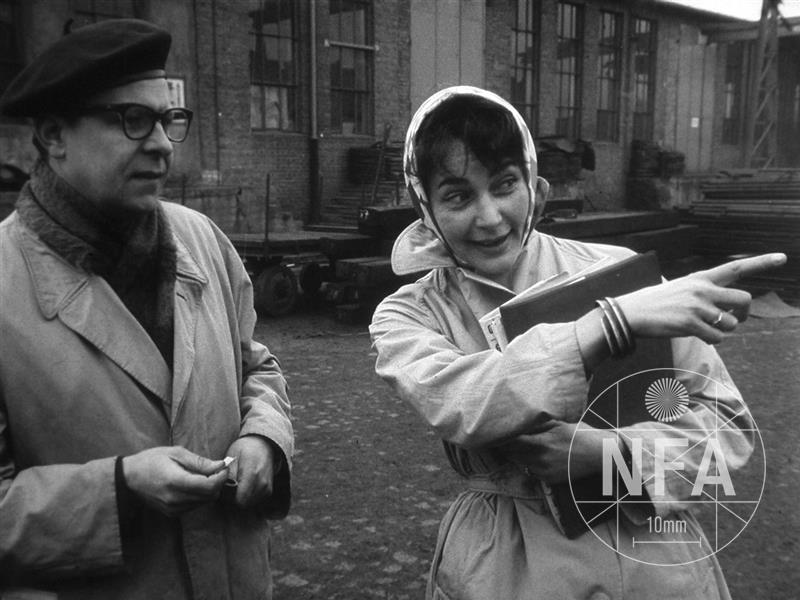