An interview with artist Adéla Babanová, whose work is defined by her relationship to the film medium, her interest in historical events and their parallels to the present day, and her sense of subversive humour.

What brought you to the topic of Operation Neptune, one of the first disinformation campaigns of the Czechoslovak State Security that took place in the mid-1960s?

It was my brother Džian Baban, who wrote the screenplay of the film; he came up with the idea. He stumbled across the operation in the book Špionážní oprátky (“Spy Nooses”) by Ladislav Bittman, the architect of the actual Operation Neptune, which took place in the Bohemian Forest in 1964.

You used the original footage taken by Czechoslovak Television. Why did you decide to not only reference it but also use it to develop the story further?

I considered it to be an interesting viewpoint for us to adopt when looking at this historical event; we took the original story and brought it to a more symbolic level. We used the same approach when working with archive materials. We reference all of the circumstances connected to Operation Neptune, but we translate them into fiction and adjust the re-enacted scenes to the news coverage from that time. We basically allowed ourselves to manipulate them because the material itself was supposed to serve a propaganda purpose or to manipulate public opinion. That is why we resorted to a similar principle.

In your work, do you link the issue of manipulation to the past regime or rather to the present day?

I hope there is both. Hopefully, by choosing historical causes we will not typecast ourselves as artists who only process our past. Maybe our next film won’t have anything to do with history. Naturally, I’m still drawn to different events, and I like to come back to them or read about them. It is however always about the analogy to what is happening now. Neptune, too, is conceived as a reaction to the events that surround us, as if some things from our past that have not been sufficiently reflected upon were re-emerging. We may be choosing historical causes subconsciously because they are easy to work with as well as visually attractive. But next time, why don’t we do something about what is happening now? In our case, the choice of themes definitely arises from the scepticism we feel when looking at today’s world.

From your perspective as an artist who works with parallels between the past and the present, what is your view on the phenomenon of “fake news”?

When, about three years ago, Džian started to write the movie screenplay, the coverage about fake news and disinformation was not yet that prominent. Gradually though, while we worked, the issue kept growing. One piece of news piled onto another. Today, to single out fake information is absolutely vital. One isn’t even that scandalized about it anymore. It’s a step we take daily when we process information, so it’s no longer so shocking. And that is the part I feel helpless about.

You are critical of the notion of collective memory and, at the same time, you also question eyewitness accounts. In your opinion, is it even possible to look at the past objectively?

That is an extremely interesting and complex topic and also a personal issue of mine. I don’t believe a completely objective view is possible. In this context, the only thing I can do is to address history from my own subjective perspective. When telling the story in the film, I adhere to the principle of personal memories, which are by nature always incomplete and cannot give a “competent” testimony of events. That is also why some absurd situations, as well as a certain dreaminess, find their way into my films. We work with missing facts, rumours, propaganda or affairs that haven’t yet been solved but still provide sufficient space for different interpretations and conspiracy theories.

Archive materials represent a thematic and formal base for your films, but you work with them in a very subversive way. Is the primary goal to create a parody or rather to warn about the possibility of media manipulation?

I wouldn’t say a “parody”. I find the word “subversive” interesting because it captures my effort to slightly flip over the classic genres and ways of working. It doesn’t have to be a straight-up manipulation; it is rather about playing around with a certain form in a way that allows for a relationship between the viewer and the work or story to be established. I don’t like to put the viewer in a passive consumer role. That is why I leave some elements of the story open-ended. It is also the reason I am fond of open endings and unresolved plots. At that moment, they create space for the audience to draw their own conclusions and interpret more freely what might have happened.

Your work in film has been, until now, closely connected to a broader exhibition. When do you decide whether an exhibition will include a film, or if the film will be dominant and possibly complemented by an exhibition?

First, I think about the film version of the project; how the narrative will be put together and if it is suitable for theatre. From the very beginning, Neptune was designed as a classic story that would be screened in the cinema or on television. Czech Television became the co-producer, so the film was primarily intended for television and viewers of classic movies. I respond to a specific offer and look for solutions based on that offer. That is, for me, what triggers my work.

In the case of Neptune, the trigger was a grant for an experimental film that had been announced. We thought, let’s make a classic narrative film – even though it is supposed to be medium length and experimental, the form will actually be “movie-like”. It was the first time we reacted to a film offer. Until then, I had always based my work on the layout of an installation and, when working on the narrative of the film, I always assumed it would take place in different rooms within a specific exhibition.

What do you find interesting about transforming genres? In Trilogie o Umění (“Trilogy about Art”) you referred to a television debate, an interview, and a play. You also shot Já tam mám tělo (“I have my body there”), a quasi crime story. When it comes to history-inspired trilogies, you base your work on reporting genres. In Neptune, you seemingly enter the backstage of the shoot, which then allows you to bring even more misinformation to the story…

I am interested in different perspectives and possibilities, how you can play with them; and with unexpected mash-ups of genres, it’s like they’re calling upon you to do it. They represent a sort of engine that keeps pushing me forward. I enjoy not meeting expectations. It is one of my great pleasures. I don’t expect people to know their way around different genres, to discover the matrix we use to manipulate the form, to play with it and push it. It is an added value, for me as well. A hybrid form emerges, maybe even a flop. We play around with the principle of absurdity, and the same applies to elements of the irrational – if they appear, we want the characters to accept them as something normal. The absurdity that appears in our films is not arbitrary. On the contrary. The historical events that we react to with our films were, and to this day are, inherently absurd. In order to amplify the sense of uncertainty that people felt and still feel in response to these events, we exaggerate and twist the stories.

We can observe more and more frequently a professionalization when it comes to films made by visual artists. You as well – an author who emerged from an artistic environment but has collaborated in the long term with film screenwriters, great actors, and other professionals. Where do you think this shift comes from, and where can it lead to?

I think that today, nobody can risk working as a complete amateur unless it’s their clear artistic purpose. Video artists collaborate with film professionals, which is something the field deserves. In the Czech Republic, the previously common “low-cost” style lingered a little longer, but now technology is available and artists have realized it is better to work with actors who can provide good performances rather than to appear in the film themselves, and also that it is useful to work with a cameraman. It is extremely important for us to have the possibility to compare our work with what’s being done in other countries, for instance; it pushes you forward. 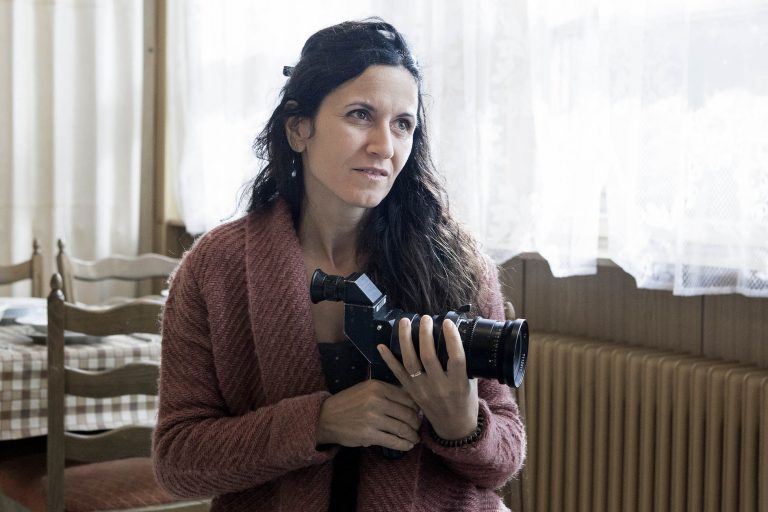