During his entire career, the name of director Josef Pinkava was inseparably linked to live action films for young viewers. Not fairy-tales, but films from the present in which, as he said himself, he was able to navigate better and could explore his favourite themes – love, family relationships and friendship.

It was probably his background as a teacher and his experience working with children which led him to this specialisation. He attended school for teachers in Náchod close to Dobrošov, the village where he was born in 1919. But his pedagogical career was interrupted by the German occupation. Between 1942 and 1943, Pinkava did forced labour in the coal mines and at a power plant in Malé Svatoňovice. After the war, he worked briefly as a teacher in Náchod.

Already as a child, Pinkava was drawn to photographs. As a young boy, he made his own camera using a magnifying glass for a lens. And through photography, he discovered film. Originally, he wanted to be a cameraman. But when he sent his amateur 8 mm and 16 mm recordings to the Gottwaldov Studios in 1946, he was, much to his surprise, hired as an assistant director.

One of the reasons he was hired for this position – apart from his talent – was the fact that studio head Aleš Bosák often gave a chance to young enthusiasts. Apart from Pinkava, there was for example Radim Cvrček. Together, they would become the only in-house directors of the Gottwaldov Studios focusing exclusively on live action films for children.

After three years of gaining experience, Pinkava started making his own short films. From the beginning, he was drawn to themes concerning children. For his school film Cement (Cement, 1949) he was awarded an honorary mention at the Mariánské Lázně Film Festival. He followed up with Quicklime (Vápno, 1949) and Bricks (Cihly, 1950).

Between 1949 and 1959, Pinkava directed and wrote more than fifty short instructional, educational, and promotional films primarily intended for school screenings. He also directed live action sequences for Hermína Týrlová’s puppet films such as The Knot in the Handkerchief (Uzel na kapesníku, 1958) and The Lost Doll (Ztracená Panenka, 1959)

The first live action film for children he directed was a short film called The Five-Crown Note (Pětikoruna, 1959), which won several awards at various international festivals. Pinkava’s following films, both shorts and features, also won a number of awards at festivals at home and abroad. In his career, Josef Pinkava won around 60 awards in total.

Pinkava also contributed to the formation of a dramaturgical group focusing on films for children at Gottwaldov Studios. A couple of years later, he also helped found the Zlín Film Festival.

The position he achieved in the studios enabled him to switch to feature films.

His first feature film was Holiday with Minka (Prázdniny s Minkou, 1962), which featured a title song by Karel Gott. One year later, Pinkava made his first film from a series of films focusing on sports, Ivana Attacks (Ivana v útoku, 1963). His comedy We Don’t Give Chicks a Lift (Kočky neberem 1966) puts greater emphasis on genre conventions. But Pinkava always relied on authenticity and awareness of the mentality of children. He tried to portray the world from the point of view of children, not adults.

Pinkava’s films excelled in the sensitive direction of child actors, selected in thorough casting procedures during which Pinkava and his collaborators visited many schools. Children of all ages, from pre-school kids to teenagers, starred in most of the films he made from the 1950s through the 1980s. During filming, Pinkava tried to avoid critical comments. When a shot wasn’t perfect, he didn’t say it was bad. He praised the child actors for their performance and suggested they would film the scene again and do something different this time to make the result even better.

In 1969, Pinkava was excluded from the Communist Party because of his opinions. But thanks to his focus on apolitical production for children and young adults, he could continue filming. He began the 1970s with Captain Korda (Kapitán Korda, 1970). Its main hero, little Pepík, who’s living in a children’s home, meets train dispatcher Korda in a hospital. The kind-hearted man and his wife end up adopting little Pepík. But suddenly his biological mother appears…

This drama thematizing the search for a safe home is an adaptation of Marie Kubátová’s Book Corvette Captain Korda (Korvetní kapitán Korda). Pinkava was impressed by Kubátová’s understanding of a child’s soul and a method of child communication which can be more comprehensible in the form of a game. After the success of her book, Kubátová wrote a sequel in which the protagonist comes to terms with the fear of losing the affection of his adoptive parents as they are expecting a baby of their own. In 1979, Pinkava adapted the sequel into Regular Guys Don’t Cry (Chlapi přece nepláčou, 1979).

Little Fatty (Metráček, 1971), based on a popular series of books for girls by Stanislav Rudolf, was an instant success. Pinkava often adapted successful literary works, but for most of his films, he wrote the scripts himself. His short film The Postman (Poštovský panáček, 1974) earned critical acclaim and won the Grand Prize at the Tehran International Short Film Festival.

Josef Pinkava took over the director’s chair for the comedy I’ll Never Give Up Tereza for a Girlfriend (1976, Terezu bych kvůli žádné holce neopustil) from Dimitri Plichta, who was replaced because of disagreements with the crew. The titular Tereza is a monkey living with the family of a zoo director. The monkey’s participation demanded very careful direction since during the filming of the first scenes, the chimp bit the boy playing the lead role. Pinkava then had to calm the boy down and promise him that it wouldn’t happen again. Because some of the children were afraid, he had to leave out several scenes with the monkey.

Until 1986, Pinkava made a new film each year. Among his most successful were Marguerites for the Lady of the Castle (Kopretiny pro zámeckou paní, 1980), another adaptation of a book by Stanislav Rudolf, and Little Big Hockey Player (Malý velký hokejista, 1982) in which Pinkava once again focused on sports. His comedy Explosion at Five (Výbuch bude v pět, 1984) tells the story of a fifth-grade boy who likes physical and chemical experiments. Pinkava’s last successful film is considered to be Stroke the Cat’s Ears (Pohlaď kočce uši, 1984).

The script for this film about a choir on a failed field trip was written by Pinkava’s daughter Hana, a documentarist. In her story about the passion for music and the search for a true friendship, she used many things she learned while filming her graduate film She Doesn’t do Homework for Singing (Nepíše si úlohy do zpěvu, 1979) about a talented member of the Ostrava Children’s Choir.

Pinkava also made films for Czech and Slovak Television. His last one, Miraculous Child (Zázračné dítě, 1993), was broadcast two years after one of the most prominent figures of Czech films for children went into retirement. 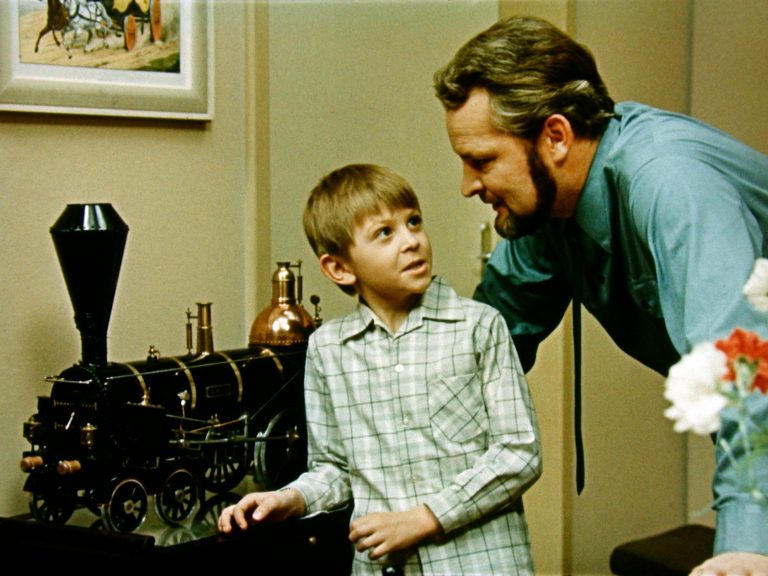