Miloš Šejn: My work is about excitement, really

Miloš Šejn (*1947) is an artist whose professional career already spans five decades. He is probably most renowned thanks to his performances and work in landscapes using a wide range of media, including the electronic. It is less known that he is also the author of seven remarkable experimental films from the years 1977-1986, some of which were screened in the digital form in the Ponrepo Cinema on 3 February. In our context, they can be viewed as a singular kind of film perception related to landscapes, which defines its formal procedures and topic. Šejn focuses there on his own intimate experience of being in touch with nature, not only in the sense of a landscape, but also being in touch with natural materials and substances, quite literally. Rather than explicit artistic gestures, he prefers ordinary forms of travelling, scrambling, touching, rambling, exploring, immersing, and other sensual experiences. Moreover, his films could be included in the lyric stream of experimental film, in which the film camera corresponds with what the author sees. After quite a closed set of films, Šejn started working on similar topics in the mid-eighties using electronic media; first VHS, later CD-ROM and then digital video. In an interview for Film Review (Filmový přehled), we also touched his sources of inspiration in cinematography of the fifties which, in a latent form, remains part of his work until this day.

To start with, I need to ask you about the role film played in your production during the seventies. This is because your work is usually associated with other media, especially with performance.

Well, for me, using film definitely meant to take another look at something I had already been dealing with in other media. I was also taking photos at that time. About ten years before I started using film, I used to work with photography in the sense of making pairs, triplets or series of pictures, which then created a short story of a kind. So, a film, in fact… If I had had a (video) camera back then, I would have certainly used it.

Did you make similar films also with the use of other media?

I started painting a lot at the end of the seventies. Film in general, and especially the film Rokle, which is a story of moving among rocks, shows a certain motif I used to work on at that time as a painter, but in a different way. For about four or five years, I used to come to one place and paint the same motif over and over again. I kept developing my technique of painting for so long that I realized that, in fact, I did not even look at the motif anymore, that it was important for me to be there.

You talk about your landscape films like about stories. What kind of story do they actually tell?

When I look at text notes to my first films, I can see how I tried to get there a certain story, in the sense of a classical film story. At that time, I was fascinated mainly by Bergman, but also by Fellini and other Italian directors. Today, the texts are naively peculiar, but I later transposed this narrative style into a story about the relation between my body and the landscape. That is why, for me, the process of walking through or, on the contrary, stopping and meditating, is very important. I got back to it in a way at the end of the eighties when I was beginning to do my first private performances. Today, after many decades have passed, the narrative style is somehow getting there again. However, what was initially an attempt to make a classical film, I nowadays present in a completely different way; but the original things from Bergman are still there. Its role also played the possibility to mingle different media. It would not have been possible without that, actually.

Even though your films capture landscapes, cannot one say that, in fact, they are about how you see it? Aren’t you its central point?

Your first black-and-white films date already from the year 1970, the colour ones only follow after a seven-year gap. What happened?

That was because the early black-and-white things were shot by a camera I borrowed. In fact, I had long desired to have my own Super 8 camera, but it only happened in 1976, I think, because I got one for Christmas. It was a Bolex camera, of quite a good quality, with two speed regimes. At that time, it was already common to buy something in colour. Since then, I have only shot in colour, with the sole exception of my last, Brownian study. It is black-and-white because I thought it would create a spatial collage, where colours would be added through a slide show. I had quite a clear idea about that but never had the right incentive to finish it. I would use a slide show for different paintings, even from Preisler, for example, because, in his work, there is a relationship between the body and the landscape, and probably some of my things too. A multimedia project which was impossible to make at that time. Nowadays, it would not be a problem at all. There is a rough sketch of it somewhere in my archive.

In those times, “other” films were unavailable in our country, not only from the West, but also from the East… What was available in Prague of the seventies?

When I studied at the Faculty of Arts, I would basically buy all FAMU (Film and TV School of Academy of Performing Arts) university textbooks. I read Kučera’s books and things like that, especially textbooks about (video) cameras. By around 1974, I read through the biggest part of theoretical work by Paul Klee, I knew Moholy-Nagy’s photo records…

Was there a lot of preparation before you shot your films, or was it quite relaxed?

I edited most of my films, and especially the film Rokle, in the camera. The reason was partly the economy of material, but I did not mind it. I found it amazingly comfortable. They were immediate compositions with the ultimate goal of arranging specific geometric elements one after another in a certain order. After taking a shot, or several shots, I used to make notes because I did not know what would happen next. I was well aware it would take time for me to see the film, so it was to give me some idea of how the story was unwinding. Now I realize that I used to write it somehow automatically, because as I continued, I did not look at the text again, I think. It was very spontaneous in fact. But I had given it some thought about what I wanted to do – journeying, a continuous strip, short stretch, another stretch with focus on the look flitting, short halt, combination of the recording speed.

What you mention is important, but I have always preferred to take photographs more, really. And much more on large-format wooden devices – a Sudek type, let’s say. And as far as the alchemistical resonance is concerned, it fulfilled me completely. Back then, I did not even have good film equipment for the camera, so I did not worry too much about it or, more precisely, I chose not to think about the consequences.

Was it also the reason why, in the eighties, you were one of the first Czech artists who started using video?

What year are we talking about, approximately?

I was first introduced to video in 1988, but I was not the cameraman there. One of my acquaintances was – Ivo Sehnoutka. Footage was made there on a hill called Zebín, and it was immediately used as a part of an exhibition in Malá Galerie in the town of Liberec. The topic of the exhibition was photography, but I was allowed to exhibit there quite complex installations of pigment paintings, part of which was also a television where the half-hour-long footage screened. At the same time, almost a two-hour-long recording of the preview was made, capturing one of the first speeches given by Jiří Valocha. Today, it probably has a historic value.

How did the way you worked changed when you started using a video camera?

As for the length of a shot, for example, it was something I used most consistently for the first time in 1993, when I walked through the whole Javoří Stream in the Krkonoše Mountains. For me, it is something important, and the video camera allowed me to do things that even a professional 16mm would not, clumsiness being one of the reasons. In those days, it was a JVC camera connected through a cable with a recording device in my backpack. If I had had the possibility to use both technologies simultaneously at that time, I would have probably started thinking about combining recording on a photosensitive layer with video image, which features spacing and is organized very differently.

Do you perceive video more as a documenting tool?

I am always pleasantly surprised with what technology has to offer. I would not be completely satisfied if video recording only recorded something that is happening. The mingling is important for me; placing images over one another, as introduced by Peter Greenaway. It allows me to build a much more complex storyline. Greenaway follows the narrative in the classical “Bergman” style, but for me it offers a way to magnify the author’s experience. 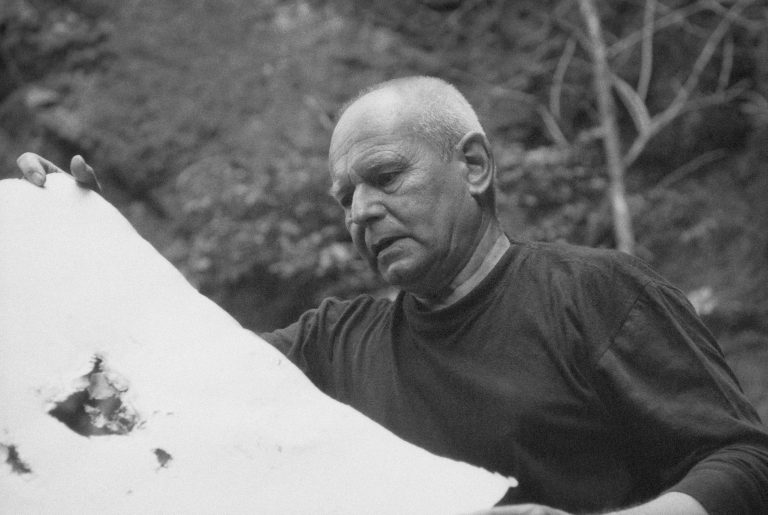