On 4 May of this year, it will be thirty years since director and screenwriter Petr Schulhoff chose to end his life at the age of 63. The likely reason was cancer, from which he suffered great pain in his final years. [1]

The son of composer and pianist Ervín Schulhoff was born on 10 July 1922 in Berlin. His first encounter with Czechoslovak cinematography took place in 1933, when he played a small roll as a boy in an orphanage in Vladislav Vančura’s first independent directorial effort Na slunečné straně (On the Sunnyside). He was also involved in acting later in his life, but only marginally, but perhaps because of this experience, he had an understanding of the acting profession and the actors, for whom he, according to his own words, left room for improvisation, even if perhaps only to the extent allowed by the script. During the occupation, Petr Schulhoff was deported along with his father to the Wülzburg concentration camp in Bavaria, where, Ervín Schulhoff died of tuberculosis.

After the Second World War, Schulhoff finished his secondary school studies and took a job at Československý film (Czechoslovak Film). From 1945 to 1953, he worked as assistant director at Barrandov Film Studios. From 1953 to 1969, he first worked as an assistant director and then as a director and screenwriter for the company Krátký film. There he focused on the creation of instructional, promotional and marketing films and political documentaries. [2] He was also the editor-in-chief of several weeklies. In 1969, Schulhoff finally became an official director at Barrandov Film Studios. He had, however, filmed his first feature film, the detective story Strach (Fear) with Rudolf Hrušínský in the role of Major Kalaš, already in 1963.

Schulhoff’s short films from the 1950s and 1960s can be described as something between educational documentaries and satirical comedies. For the satirical film periodical Trn, he filmed the micro-comedy Proč lže…? (Why Is He Lying…?, 1958), which warned against the transfer of negative traits (in this case lying) from parents to children. The comedy of manners O lidech okolo stolu (About People at a Table, 1958) with Miloš Kopecký in several roles, teaches us how to behave at a restaurant. Similar in content is the class comedy O lidech před pultem a za ním (About the People in Front of the Counter and Behind It, 1958; Schulhoff directed the first two parts), which warned against the dishonesty of some merchants. Zlepšovák (The Innovation, 1959) uses humour to show the obstacles that an amateur inventor had to deal with during socialism. Postavy mimo hru (Figures Outside the Game, 1960) is conceived as a school lecture about the poor behaviour of sport spectators. The educational film Hrozné dítě (Horrible Child, 1962) shows the connection between the behaviour of excessively strict parents and an overly sensitive child. The promotional film Vajshoblhák a státní tajemství (Vajshoblhák and the State Secret, 1965) was filmed for the Ministry of the Interior as a warning against the careless handling of state secrets.

All the above films, to which Schulhoff also wrote the screenplays, reveal the author’s “Čapek-esque” interest in minor human vices, human stupidity and naivety. The negative attributes are of course always taken from the broader social context and transposed to the microcosm of the family, factory or shop. The way to remediation of relations leads through punishment and a change of behaviour of clearly designated individuals and is not conditional on systemic changes. The mentioned films openly monitor the educational intent, either through an objective interpretational form or by directly addressing viewers. Although less apparent, the same educational and appellative tone can be found in Schulhoff’s feature comedy films, although the model of education through bad example is not applied in them to the same degree.

Even during the 1960s, Schulhoff continued to film educational/satirical comedies. At the same time, however, he began focusing on the crime genre as well [in addition to Strach, he did Vrah skrývá tvář (A Murderer Hides His Face), 1966, and Po stopách krve (On the Trail of Blood), 1969]. In 1968, he teamed up with Jiří Sovák, Vladimír Menšík and a ravenous St Bernard to film the popular New Year’s Eve micro-comedy Bohouš, which, in his words, awoke in him a greater interest in comedy. [3] Schulhoff could further develop the satirical comedy form thanks to the television series Jde o peníze (It’s About the Money), a collection of stories about how to rip off your friends and family, and the television micro-comedy Trapasy (Blunders). He did not film his first feature-length comedy unit 1974 [Hodíme se k sobě, miláčku…? (Are We Suited for Each Other, Darling?)]. He explained the expansion of his portfolio to include comedy pragmatically: he wanted to avoid stagnation and stealing ideas from himself. [4]

By preferring comedies and crime films, Schulhoff was from the very onset of his career involved in popular genres, which the Normalisation management of Czechoslovak Film preferred. [5] However, that was not the only reason why he belonged to directors who could, even after consolidation of relations at Barrandov, continue working. In the 1960s, he, in the eyes of the Communist Party, did not discredit himself with reformistic ideas or formal experimenting. Because he did not “waver”, belong to the “misled” or exercise the tactic of taking a “differentiated approach”, as Jaromír Blažejovský wrote about him, [6] there was no break in the continuity of his work. In 1980, Schulhoff’s position as a trustworthy creator was confirmed be his being awarded the honorary title of Artist of Merit.

In an internal document of Barrandov Film Studio, Schulhoff was perceived as a continuator of the tradition of tasteful, unpretentious entertainment, in the same way as Vladimír Slavínský and Martin Frič were in the past. [7] The fact that he fulfilled one of the main requirements of comedy, i.e., an appreciative public, was of course not the only reason for Schulhoff being favoured by Barrandov management. His upstanding and responsible approach to the trade, manifested in thorough preparation for filming and conscientious adherence to deadlines, [8] guaranteed that budgets would not be exceeded and films would be completed on time, sometimes even substantially ahead of schedule. [9]

Schulhoff showed the same pragmatism as in the case of his transition from serious films to comedies by setting all his films in the present. This way he could more easily express his opinion about the present while complying with the ideological requirements for progressive socialistic art. His stated goal represented a thumb sketch of negative interpersonal relationships and moralising through laughter. The marked satirical tone that permeates his entire body of work sets Schulhoff apart from all the other comedy directors, who did not strive for a socially critical overlap. [10] In an interview for the magazine Film a doba, Schulhoff revealed that the classic moral comedies in the spirit of Molièr’s The Misanthrope [which he draws directly from in his fairy-tale comedy Já už budu hodný, dědečku (I’ll Be Good Now, Grandpa, 1978)], and Karel Čapek, with his animalistic approach to human character weaknesses, as his inspirational sources. Čapek’s “ordinary man” with his small day-to-day joys and worries was exactly the type of character that matched the ideological requirements of the period. Not only could the inhabitants of Czechoslovakia easily identify with a character that does not undertake brave, heroic acts, but, at the same time, this type of hero, with an interest in private problems, represented the preferred model of behaviour that did not threaten the social order.

The ability to distinguish Schulhoff’s comedies in the countless entertainment productions under Normalisation is facilitated by their titles: snippets of direct speech that can be found in the film (often they indicate the point of the film or are a repeated motto). Thus, the name itself contains one of the hallmarks of today’s reception of Normalisation comedies – their reduction to easily remembered quotes. The general terms of address (honey, darling, boss …) are used to challenge or convince the addressees. The fact that the original names of three of the six comedies filmed by Schulhoff did not have this tone [Zítra to roztočíme, drahoušku…! (Tomorrow We’ll Paint the Town Read, Darling!), 1976, was originally supposed to be called Absolutně nevinný žertík (The Absolutely Harmless Joke); Já to tedy beru, šéfe! (Okay, Boss!), 1976, had the original title Pět karafiátů pro Renatu (Five Carnations for Renata); and Já už budu hodný, dědečku! was originally Co čert všechno nespíská… (What the Devil Won’t Do)] [11] testifies to the institutional effort to unify the rhetoric of the titles and indicate to viewers that

a new film by Petr Schulhoff, whose name was synonymous with top quality work, has been released.

As the author of the screenplays to all his satirical comedies, Schulhoff could exert control of the look of the films from the very onset, and this greater involvement is thus also the reason for the unusual thematic continuity of his comedies. Co je doma, to se počítá, pánové… (What’s at Home Is What Counts, Men, 1980) can be seen as a continuation of Zítra to roztočíme, drahoušku…!, with the same characters and a slightly different cast (Miloš Kopecký replaced Jiří Sovák in the role of the head of the family). This film is also a variation of Schulhoff’s television micro-comedy Tetička za všechny peníze (An Aunt Worth Every Penny, 1973), in which a married coupled try to impoverish a wealthy aunt from the countryside. Money, relationships and the moral implications underscoring them represent the central points of Schulhoff’s two other television comedies: Úplně beznadějný případ (The Completely Hopeless Case, 1978) and Výhra admirála Kotrby (Admiral Kotrba’s Win, 1981), which was his penultimate film. It was only followed by the last of Schulfhoff’s comedies to be successfully rerun to this day, Příště budeme chytřejší, staroušku! (Next Time We’ll Be Smarter, Darling!, 1982). [12]

[8] Schulhoff repeatedly submitted the technical screenplays well ahead of deadlines, which provided sufficient time to thoroughly prepare the filming itself.

[10] In his text devoted to the satire Světáci (Men About Town), Jaroslav Sedláček calls attention to Schulhoff’s exclusiveness, according to which satire did not return to Czechoslovak cinemas after Hroch (The Hippopotamus) and the death of Vratislav Blažek until the second half of the 1970s through Schulhoff’s films. Sedláček, Jaroslav, Světáci. Cinema 10/05, p 173, pp 80–83.

[12] Nevertheless, in 1984, Otakar Fuka filmed the psychological crime film Příliš velká šance (Too Big of a Chance) according to Schulhoff’s screenplay. 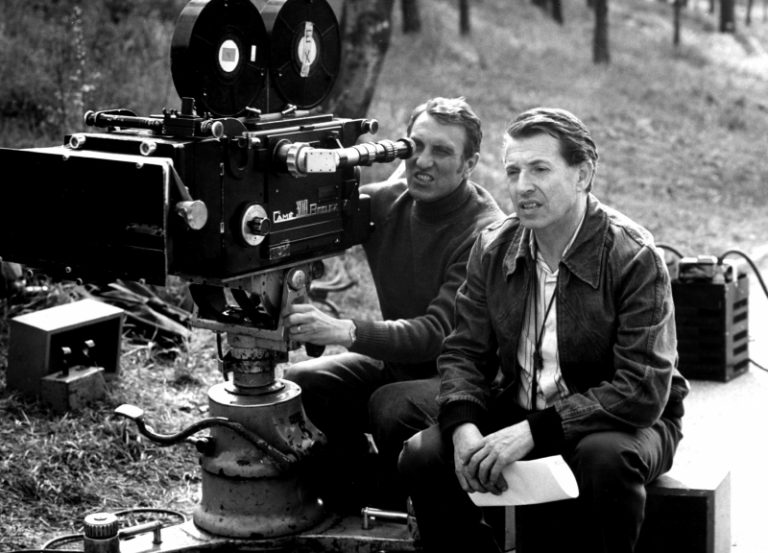 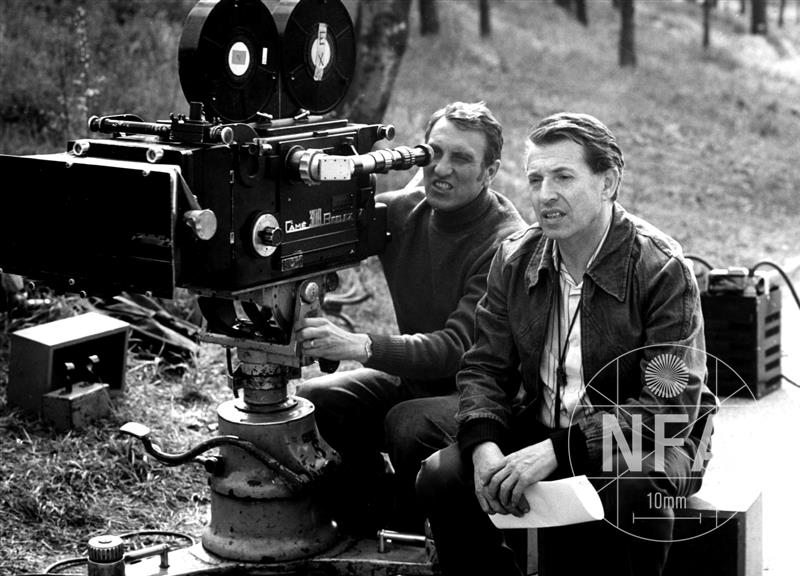