The uncertain oeuvre of a Czech cinema pioneer

The films by Jan Kříženecký on this disc are a set of works that can scarcely be understood as a unified whole that is easily comprehended and categorised. First of all, we have to bear in mind the extent to which these works are lost, incomplete, or displaying material damage. But beyond that, the surviving footage cannot even be regarded as “films” in a classical sense. These are fragments, episodic scenes of everyday life and festive moments, usually with very unclear beginnings and endings. Nevertheless, it is possible to identify lines of intersection, both thematic and formal, which display the fundamental uncertainties and obsessions of the modern age.

It is no coincidence that Kříženecký introduced his first films in the context of the exhibition craze of the 1890s, during an era obsessed with technical inventions, industry achievements, and the entertainment potential of new media and technological devices. At the 1898 Exhibition of Architecture and Engineering in Prague, he and his colleague Pokorný from the building authority operated a Czech Cinematograph pavilion in which the first Czech films, or “living photographs”, were screened.[1] These were mostly news reports depicting official events and everyday life, and their topics were strikingly similar to their model, the films of the Lumiere brothers (showing the bustle of the city, gymnastics, artillery tests, street scenes, chases and battles, etc.). In the Czech lands, the films were seen as an astonishing source of amusement, but at the same time they somewhat confounded their audiences because of their ambiguous nature.

The images unfolding before the viewers’ eyes were both moving and static, flat and three-dimensional, realistic and illusory.[2] The first of these paradoxes – the tension between the continuously unfolding events in the films and the restrictive, static frame – can be seen, for example, in Přenesení kolébky Františka Palackého z Hodslavic na Výstaviště (Escorting the Cradle of František Palacký from Hodslavice to the Prague Exhibition Grounds, 1898), a film shot directly on the exhibition grounds. The endless procession of pedestrians and men on horses moves so fast they cannot be easily recognised, thereby reminding the audience that they are watching only a carefully cropped segment of reality. A second ambivalence is revealed in Svatojanská pouť v českoslovanské vesnici (Midsummer Pilgrimage in a Czechoslavic Village, 1898), which was screened on the pavilion’s opening day. In this depiction of the festivities related to a traditional religious procession, the image is divided into several planes, not only horizontally but also vertically. Our attention is constantly divided among the passing visitors, exercising gymnasts, dancing couples, and rotating carousels in the background, phenomena not seemingly reacting to each other but together creating a perfect rhythmic harmony. The third paradox is perhaps best demonstrated in Žofínská plovárna (Žofín Swimming Bath, 1898), one of the later screened films, which was allegedly projected in reverse. The camera captures a common, everyday scene – bathers jumping into the water – yet thanks to technical manipulation of the image, the impression was created that they were jumping out of the water.

Kříženecký further developed these paradoxes in his later reportages. Some of them essentially repeat the already established procedures for filming parades and festive events, as seen, for example, in the newly compiled news events series Jubilejní výstava Obchodní a živnostenské komory 1908 v Praze (Anniversary Exhibition of the Chamber of Trade and Commerce in 1908 in Prague, 1908), however, others explore issues related to the not yet anchored film medium. In Jízda Prahou otevřenou tramvají (A Ride through Prague in an Open Tram, 1908), the camera is fixed on a tram, thereby simulating a feeling of moving and infinite space, which overwhelms the audience, but at the same time repeatedly hits limits imposed by both the frame and by the overall perspective. In První den jarních dostihů pražských (The First Day of the Spring Races of Prague, 1908), the director works with the mobility of the frame itself, which gradually reveals more and more information without changing the horizon of the action.

The elusiveness of Kříženecký’s work is reinforced by his surviving fiction films, such as the films from Prague Exhibition Grounds – which were, according to recorded testimonies, “directed” by the actor Josef Šváb-Malostranský[3] – as well as the later short comedy film Satanova jízda po železnici (Satan’s Railway Ride, 1906). But what did the concept of a “fiction film” really mean in the context of cinema at that time? Dostaveníčko ve mlýnici (An Assignation in the Mill, 1898) and Výstavní párkař a lepič plakátů (Exhibition Sausage Seller and Bill-Poster, 1898) are humorous scenes based on simple “plots”, in which any sense of order is lost in the chaotic tumult of the crowd. Far more important than the story and characters, is the rush of life, for which the cinematographer provides borders and form. Smích a pláč (Laughter and Tears, 1898), a study of facial expressions through close-up shots of the actor Šváb-Malostranský, presents a similar problem – the close-up of the actor’s stylised expression unknowingly reveals even those gestures, which would otherwise remain obscure. Thus, the highly staged nature of the image does not detract from the film’s ability to capture “reality”, quite the contrary, in fact.

Within Kříženecký’s filmography, specific motifs can also be traced across individual films. For example, the theme of the Sokol gymnastics organisation appears in the exhibition-focused films Cvičení s kužely Sokolů malostranských (Exercises with Indian Clubs by the Sokol of Malá Strana, 1898), and Voltýžování jízdního odboru Sokola pražského (Vaulting of the Prague Sokol Equestrian Section, 1898), as well as in news reports dedicated to monumental Sokol events. The Sokol exercises were desirable material for filming not only because of their popularity among the Czech public, but also for the sophisticated, machine-like rhythm of the gymnasts, which resonated with the cinematic obsession with mechanical movement. This fascination eventually led Kříženecký to make the films Čtvrtý všesokolský slet (Fourth All-Sokol Rally, 1901, unfortunately not preserved), Pátý všesokolský slet (Fifth All-Sokol Rally, 1907), and Slet sokolstva v Prostějově (Sokol Rally in Prostějov, 1908).[4] In both of the surviving films, we find, among other things, spectacular displays of synchronised, collective calisthenics, which are overwhelming in their precision and majesty, but due to the later exploitation of mass ornaments by totalitarian regimes, also appear quite disturbing to us today. In any case, Kříženecký’s delicate filmic sense allowed him to play with the tension between the individual exercises of the figures and the organic arrangement of mass movement, which was stylised to take on the appearance of a living image.

Kříženecký also explored the national theme in his films, namely the planned monument of František Palacký, who would have celebrated his 100th birthday in June 1898. Slavnost zakládání pomníku Františka Palackého (Foundation Ceremony of the František Palacký Monument, 1898) presents the ritualistic founding of a work that at the time still did not have a clearly identified location or a creator. The camera was also present when the monument was formally unveiled on July 1, 1912, resulting in the film Slavnost odhalení pomníku 1. července 1912 (Unveiling Ceremony of the Monument – July 1, 1912), produced by the  first Czech film company Kinofa. However, this film also includes material from the earlier fragment Pomník Františka Palackého před dokončením (František Palacký Monument Prior to Its Completion, 1911), which is commonly understood to be the last film by Jan Kříženecký. Thus ended Kříženecký’s directing career and the journey that began in the summer of 1898. The above-mentioned fragments together represent a sort of timelapse documentary that reveals the wonderful ability of film to preserve history – incomplete, but constantly returning. 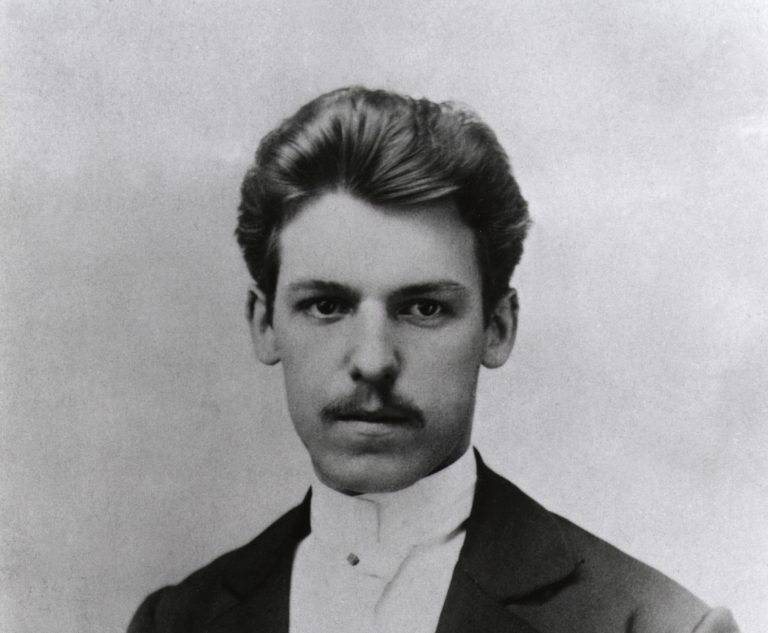