When listing festival successes of Czech filmmakers, especially those early ones, animated and documentary films are often ignored. But – just like today – these films competed and won awards at international festivals more often than live action films. For instance, the Venice IFF screened and awarded two films by Václav Táborský, one of the pioneers of Czech cinéma verité and the concealed camera method. Both films, the reportorial Mud Covered City (Zablácené město, 1963) and Taking Refuge in the Wind (Útěk do větru, 1965), Táborský’s live-action debut with documentary elements, won the St. Mark Golden Lion.

These films represent the two major lines of Táborský’s directorial activities – short satirical documentary feuilletons and feature-length films for children. In addition to Taking Refuge in the Wind (1965) also Táborský’s second feature-length film, The Miraculous Brain Teaser (Zázračný hlavolam, 1967), falls into the second category. Táborský didn’t manage to make any other feature-length film as he emigrated to Canada after the events of August 1968. But despite that, during his 20-year-career in Czechoslovakia, he made about 80 short films and 50 educational shows. Václav Táborský was born on 28th September 1928 in Prague. After finishing high school, his interest in film led him to the Film and TV School of the Academy of Performing Arts in Prague (FAMU), where he graduated in directing in 1952. Thanks to his graduate film about the joys of collectivisation, Village Correspondent (Vesnická dopisovatelka, 1952), he was hired by the Studio of Documentary Film of the Barrandov Studios, where he started to make reports for weekly newsreels. His first story covered the Karlovy Vary IFF. After two years of mandatory military service in Domažlice, Táborský returned to the Studio where he worked until 1968.

Along with brothers Jiří and František Papoušek, who – just like Táborský – strived to free domestic documentary filmmaking from the grip of schematism, he was one of the founding members of the creative group ČAS (“Time”) at the beginning of the 1960s. The group’s manifest promised orientation towards truth and authenticity, and according to its members, the purest form of documentary film was a report. They refused to cast actors, make up stories and create dramatic structures. The footage was to be filmed on location with real people and the authorial perspective was supposed to be represented by a montage of the filmed footage.

The group’s theoretical foundation, referring to films and postulates by John Grierson and Dziga Vertov, served as a basis for “veristic” tendencies in Czech live-action and documentary films of the 1960s. Táborský himself applied the principles of truthful cinema while exploring the social reality of his time. After serious films about children and relationships (Umělci nikoliv nejmenší, 1960, Dva stoly mezi námi, 1961, Čekají na každou neděli, 1962), he adopted a more humorous tone. He didn’t abandon critical reflections of social issues but added playfulness and a detached view. This detachment also manifested itself in a distanced observational style utilised while filming the commotion on the streets and everyday activities of ordinary people. In Wenceslas Square (Václavské náměstí, 1961), he used a concealed camera for this exact purpose. This dynamically edited mosaic portrait of the main Prague square is accompanied by a critical commentary by Karel Höger.

Also in Mud Covered City (1963), exploring the advantages and disadvantages of living in a new housing estate in Prague-Malešice, the criticism is presented in a humorous form. The hidden price for quickly accessible housing for many young families is constituted by problems with water and heating, and ubiquitous mud. The film’s comicality is based on humorous contrasts which, on a deeper level, explore the discrepancies and flaws of the ruling system.

Hostinec (1963) portrays life in Czech pubs and restaurants full of palavering regulars who drink to forget and escape their lives. Dovolená (1963) also explores the opportunities to escape the socialist reality. In Zablácené stopy (1963), released 12 years after his debut, Táborský returns to the Czech countryside, dealing with collectives and the exodus of young people.

Even though Táborský’s films delivered an opinion on seemingly petty local issues, their wit and ability to highlight universally valid patterns of thinking and behaviour ensured they were comprehensible even abroad. Thanks to the international recognition and a number of awards his films received, Táborský became a member of the International Documentary Association in the late 1960s. He also sat on several juries of international film festivals (Leipzig 1967, Cannes 1968).

During his travels, he met renowned documentarists such as Basil Wright, Georges Rouquier and Henri Storck. Thanks to his connections in the world film industry, he didn’t have to start over after his emigration, but could use his contacts and build on his renown. Táborský left Czechoslovakia with his wife, editor and actress Dagmar Hyková, after finishing work on a survey film titled Dějiny na 8 (1968). This provocative film, highlighting the importance of the number 8 in dates throughout our history, had a rather chilling ending and was banned during the Normalization era.

The couple emigrated to Canada via Austria. Already in Vienna, Táborský got a job offer from a representative of the Montreal-based company National Film Board of Canada. In Montreal, he first concluded his Czech filmography by editing Rudolf Krejčík’s Seven Days to Remember, composed of footage taken by Táborský along with Evald Schorm and Jiří Papoušek during the Soviet-led invasion of August 1968. The film is accompanied by an emotional commentary by Jiří Voskovec.

After six months with the NFB, Táborský was hired as a lecturer by the newly established Film Department of Conestoga College in Kitchener. After another six years, he moved to Ottawa with his wife and started lecturing at the Algonquin College. In 1979, they moved to Toronto, where Táborský lectured at York University until 1990.

Apart from his pedagogical activities, Táborský was also a writer. In 1975, through the publishing house 68 Publishers founded by Josef Škvorecký and his wife, he published his book Mariáš v Reykjavíku, consisting of the letters of dramatist and screenwriter Vratislav Blažek. Beginning in 1979, he also helped to publish a cultural magazine titled Západ. Later he collaborated with Toronto-based Czech magazine Nový domov. In the 1990s, he contributed to various Czech newspapers and magazines.

After retiring in 1990, Táborský became a full-time writer. He wrote a novel, a collection of stories full of black humour and two feuilleton collections. In the late 1990s he began to write autobiographical prose published as Paměti točomana and Točoman a lidožrouti. During his stay in Canada, he returned to film on two occasions. But neither his live-action satire Zero Fahrenheit nor his documentary chronicle of the successes of his students was filmed.

But Táborský’s contribution to the form and shape of contemporary Czech documentary film isn’t limited to being one of the first filmmakers to use the veristic approach and humour. In 2005, in collaboration with FAMU, he initiated the establishment of the Dagmar and Václav Táborský Foundation, which annually presented a financial award to documentarists under 35. 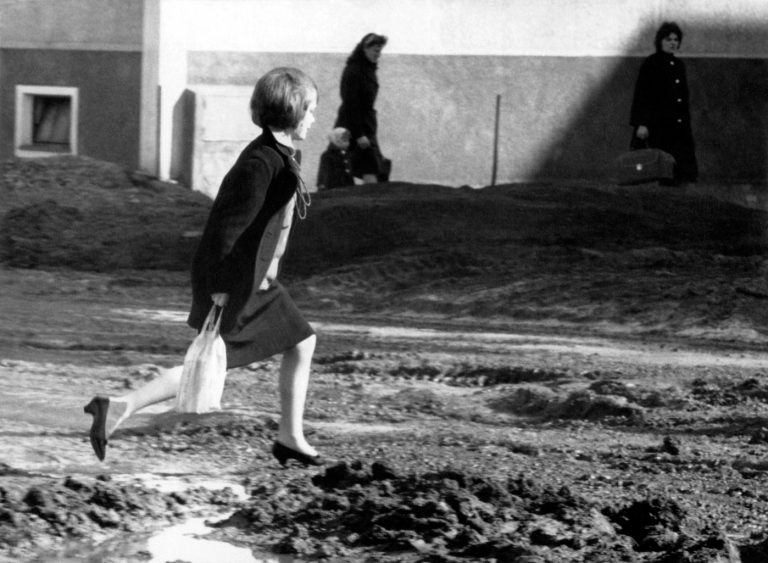