Poor artist Ferry Tempera is painting a picture in the forest. The tramp Pecička, who lives in a hammock tied between two trees, finds Ferry hanging from a rope. He cuts down the rope on which the artist is hanging and cuts a bit off it for luck. Ferry regains consciousness and goes off with the tramp. At the stream they see the goosegirl Jindra. Ferry starts painting her portrait and befriends her. Pecička meanwhile becomes mixed up in an adventure film and gets the role of a robber for which he has to wear a mask; this he does not take off after filming. The farmer Lakota, whose goose Jindra is tending, meets Pecička in the robber's mask and hands over his money which Pecička gives to Jindra and Ferry. Lakota goes to the policeman Strachota who locks Pecička up for the crime but the tramp is soon released. Ferry's father reads in the newspaper that his son's exhibition was successful. Ferry begins preparations for his engagement party for Jindra which is to take place in Ferry's father's villa. On his way to buy an engagement present, Ferry loses his shoes but, thanks to him, Pecička also arrives for the celebrations and all three meet up once again. 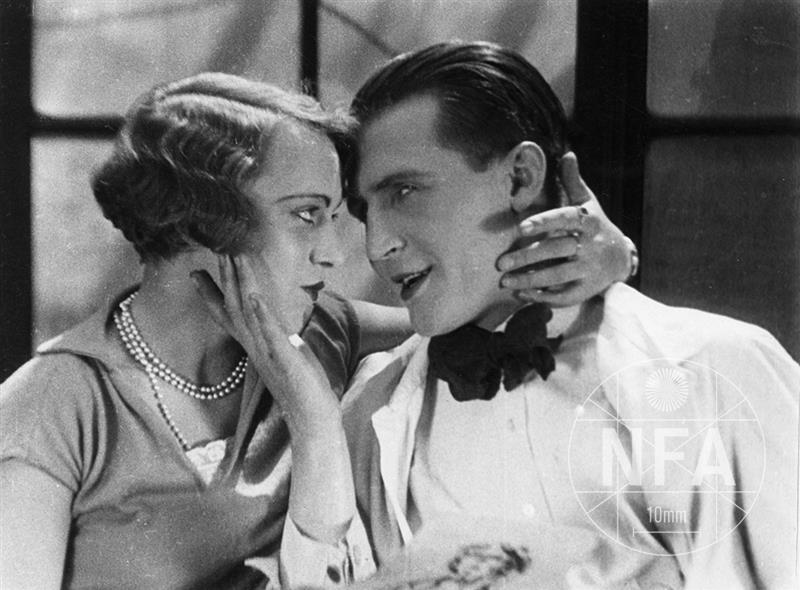 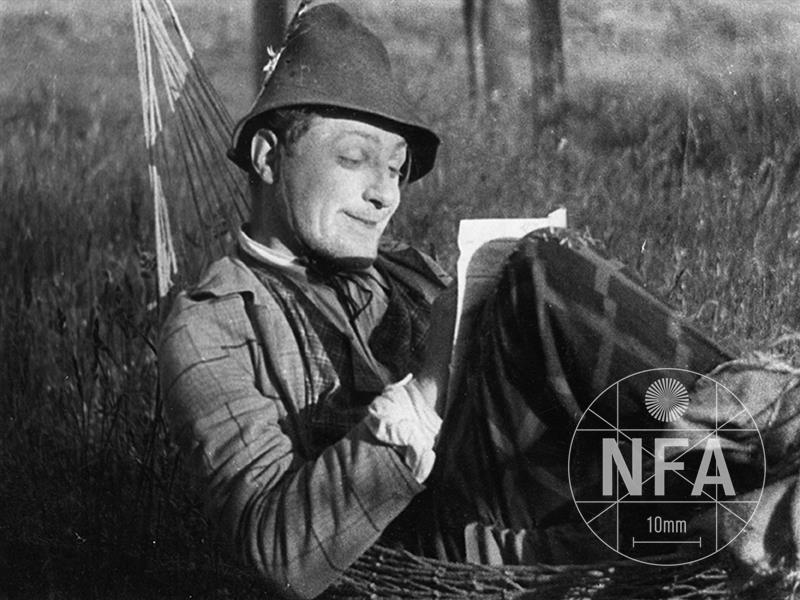 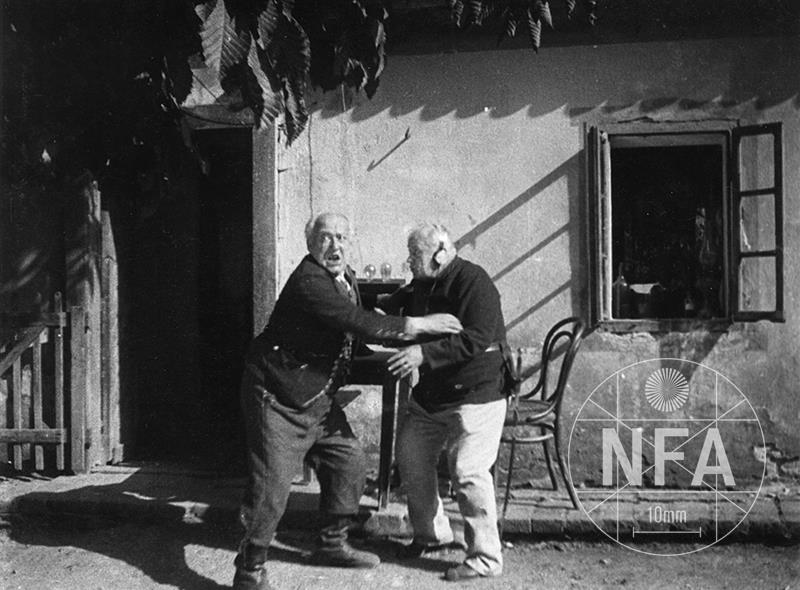 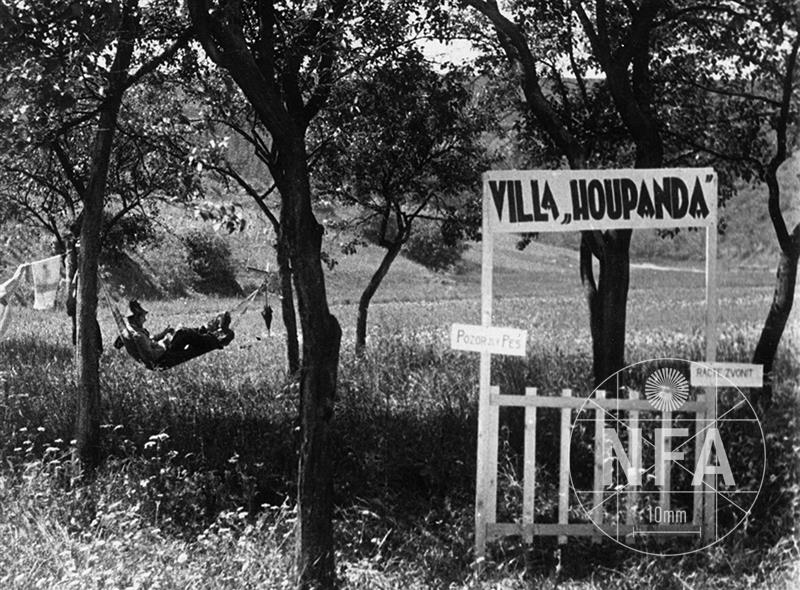