Soldier Petr Kobera receives a letter from his girlfriend ending their relationship. Petr wants to leave for home immediately. The lieutenant cannot give him a leave-pass as he has sentry duty coming up. Moreover, Petr is to appear on stage as one of the members of the army ensemble on Sunday. The desperate soldier threatens to commit suicide. The lieutenant promises to give him the leave-pass provided he finds a substitute for himself. But none of Peter's friends is willing to do this favour for him. Petr spots one of the soldiers hiding a live cartridge in a mattress to improve his results in target shooting and steals it. He then joins the soldiers on patrol. Alone in the forest, he loads the gun and prepares to commit suicide as intended. The robbed soldier in the meantime has found out that the live cartridge is missing. Upon finding Petr's torn-up letter, he understands the tragedy that may happen, and sets off to the forest on a borrowed scooter. Petr's preparations are disturbed by a man who, over the fence, asks him to help unload his car. Petr refuses to help and right at that moment, there is a series of shots. Petr changes his mind and instead of shooting himself shoots the reservoir of drinking water. The soldier who was to stop him watches with wonder how Petr, in his uniform, showers in the splashes of water coming out of the barrel, laughing his head off. 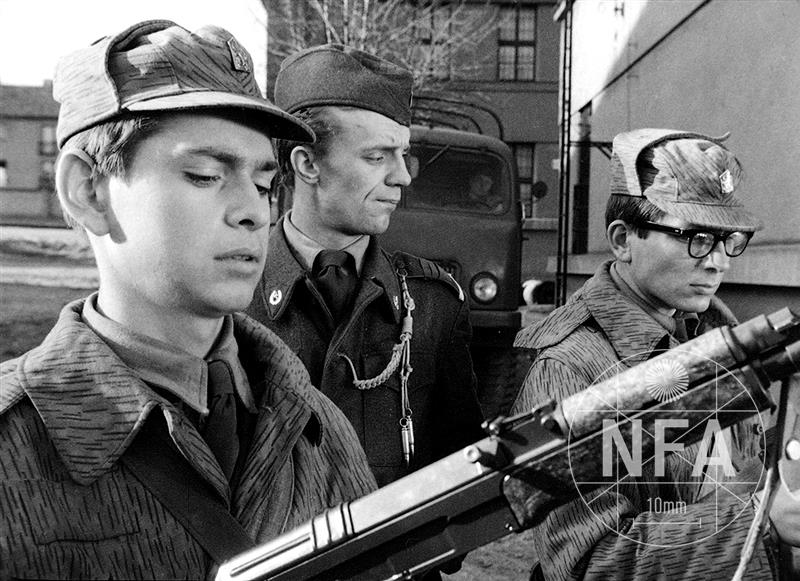 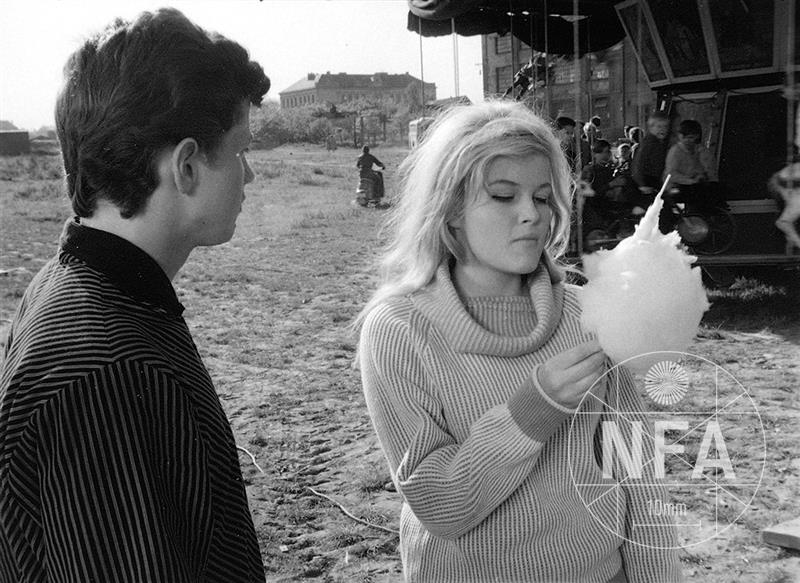 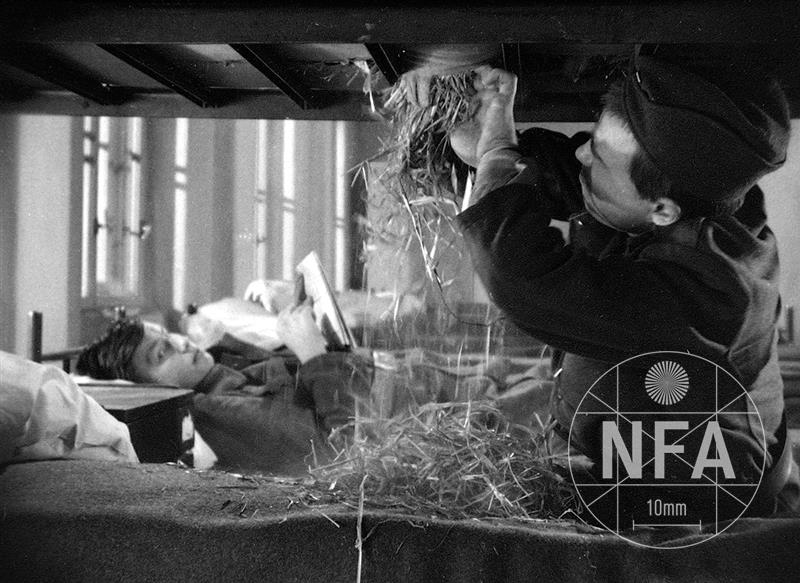 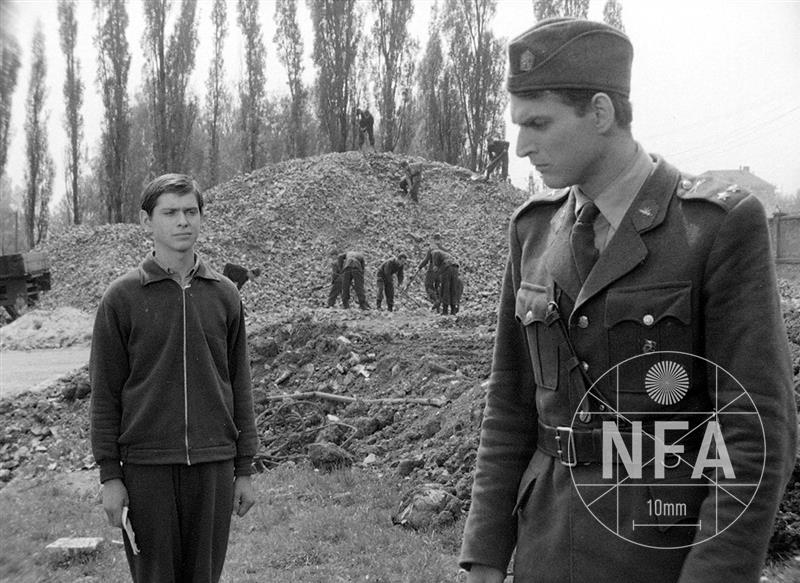