The chambermaid Arina has a love-affair with the porter Sergei Infantich, nicknamed Serega. She gets pregnant and delivers twins, whom she puts into an orphanage. Now she is pregnant again. Serega, however, is called to the army for four years. The simple but reasonable Arina knows she would grow old and worn out from other pregnancies before her lover would return - as a chambermaid, she is well aware that she must be freely available to the hotel guests. She contemplates marrying one of her wooers, all of them already old men. She asks God for help and advice and he gives her Alfréd, one of his angels, as a husband for four years who definitely will not make her pregnant. The happy Arina feeds Alfréd and makes him drunk on vodka. When the delicate young angel falls on a bed in drunkenness, Arina, driven by lust, lays next to him - but so clumsily that she lays over him and smothers him with her big belly. The wooers are not interested in marrying Arina any more, wanting just her body. The desperate woman reproaches God for the miserable life he had prepared for her. God tries to apologize on his knees but the devastated woman rejects his apology. 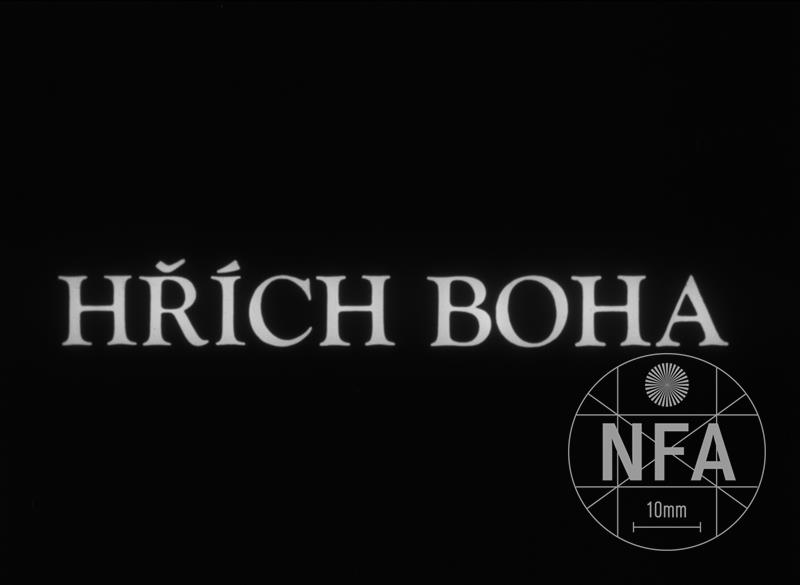 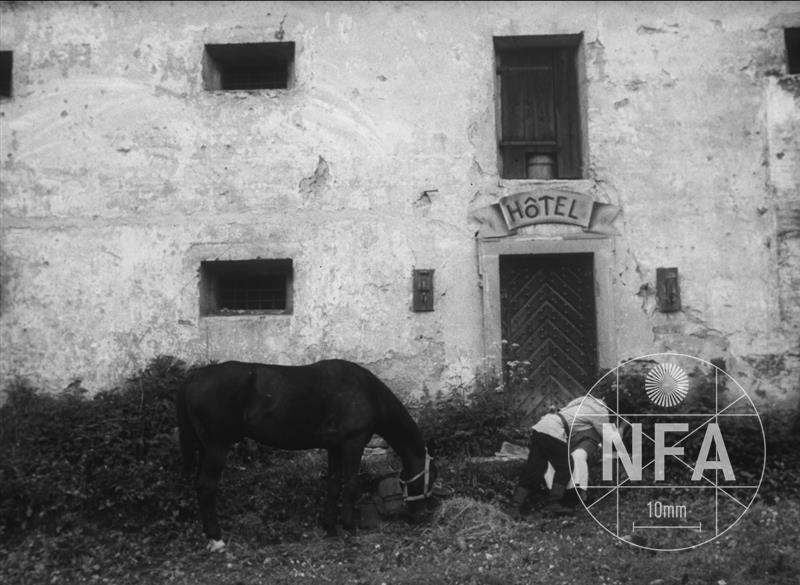 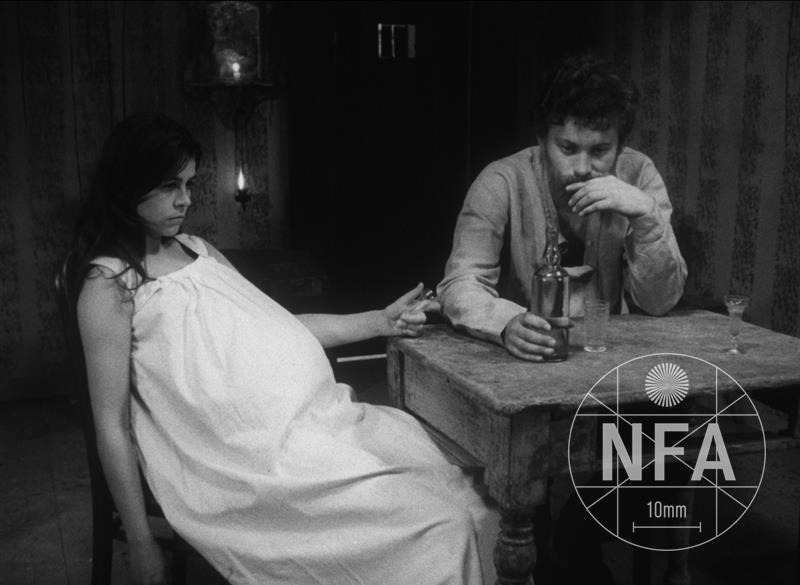 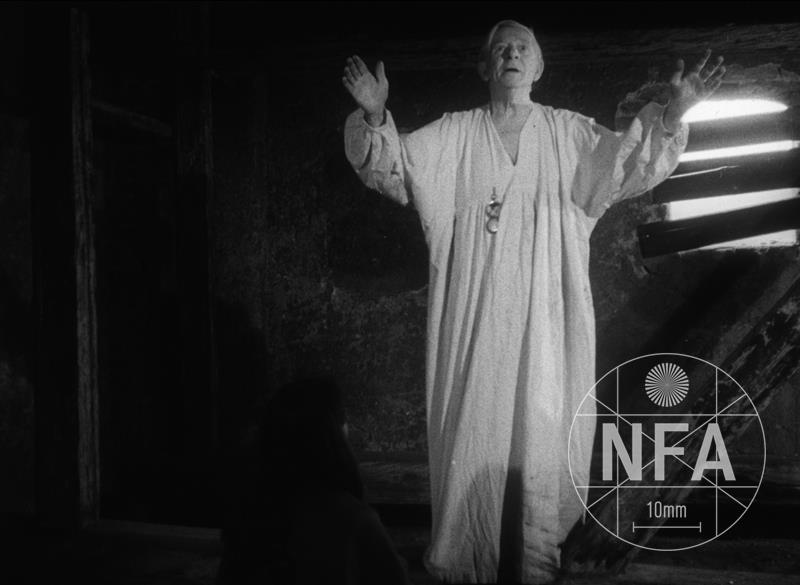 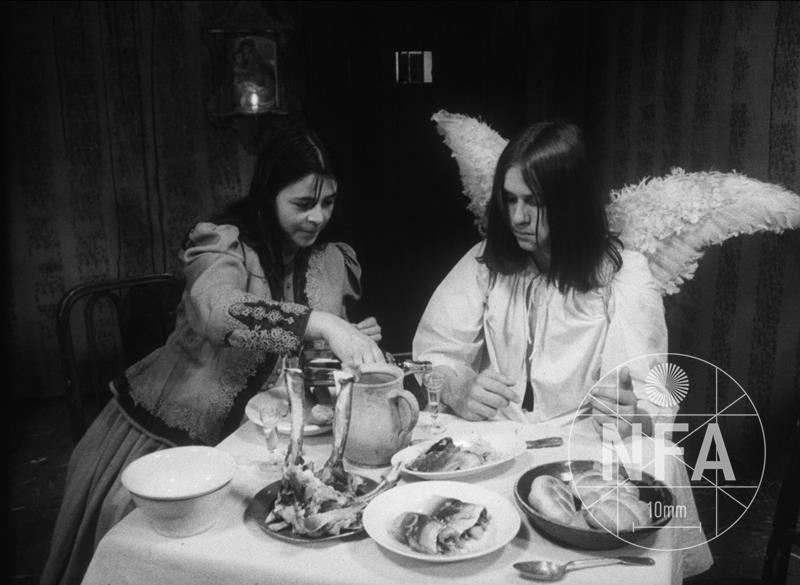 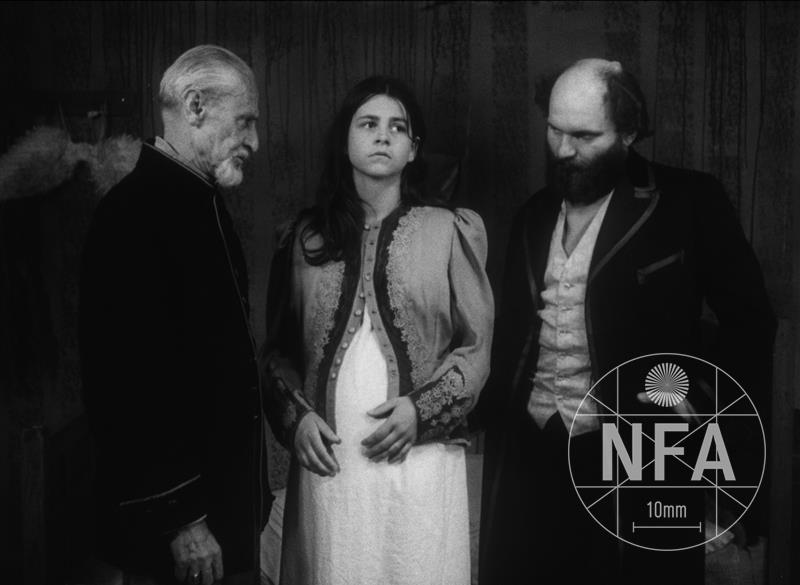