A bearded stocky man finishes his snack at his working table amidst a blossoming orchard. He then casts several plaster busts representing a bald and ugly man, accompanied by an endlessly repeated and worn-out song from a tape recorder. Something in the air then begins to provoke giggling laughter. A nose of one of the busts receives color, other ones get their hair painted or their eye bruised. A young girl appears in the orchard. One apple tree blossom hastily matures into a red apple. The girl disappears, but keeps reappearing. The plaster heads’ producer finds a bust of a girl in a shed. A ceramic still-life turns into a wooden one. The girl bites into an apple and then throws the fruit at the man. The man trustfully takes a bite of it, too, but his teeth painfully hit ceramics. The man gradually turns to a plaster bust which begins drowning in sherds and eventually sunks into them. An automobile which regularly distributes ceramic products leaves, still unloaded.

The film contains a combination of performed and animated sequences. 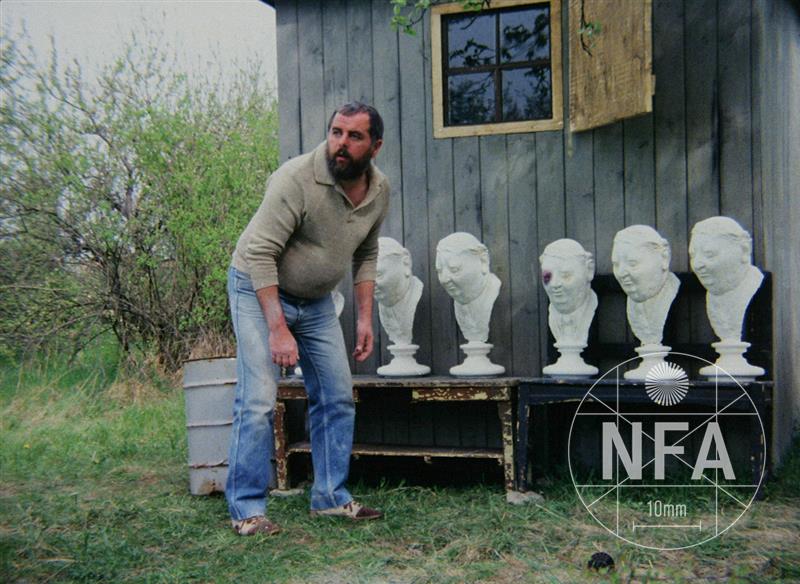 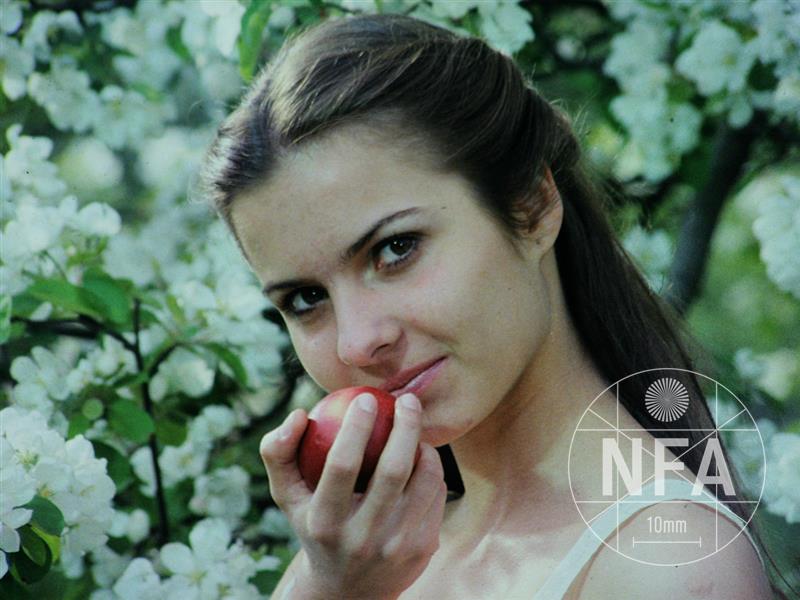 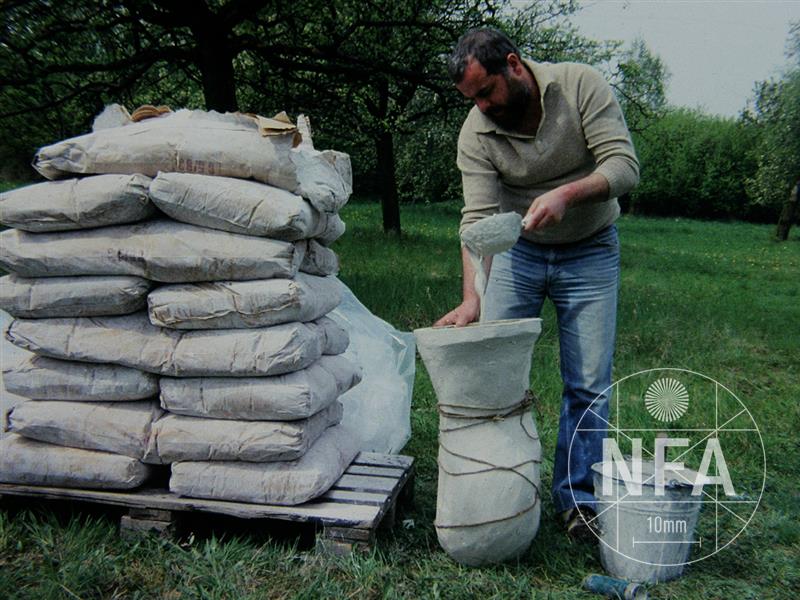 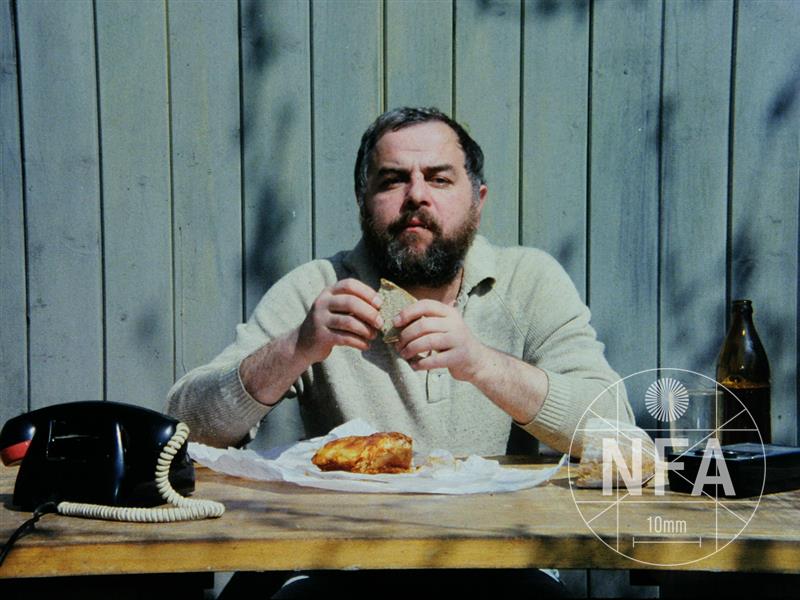