One winter in the life of a family under the Klement Gottwald bridge. That could be a slightly exaggerated tagline of the film that appeared in the cinemas throughout Czechoslovakia in November 1986. This psychological drama by director-cinematographer duo Vít Olmer – Ota Kopřiva wasn’t a hit – the authors probably didn’t even have ambitions for their film to become a hit – but it had above-average attendance numbers as well as reviews by film critics. Two examples: “Vít Olmer directed an above-average Czech film.” “Olmer made a film which definitely stands out from the grey average of our domestic film production just with its breath of fresh authenticity.”[1]

After the successful bitter comedies What’s the Matter With You, Doctor? (Co je vám, doktore?, 1985) and As Good as Poison (Jako jed, 1986), Olmer and Kopřiva came up with a story of Antonín “Anthony” Paleček. “It’s a psychological story; I think it’s deeply human and also inspiring and true to life. (…) It’s a story about the emotional and intellectual maturation of a young man, about the search for values and primarily about the hero’s uneasy path to real responsibility – towards his own life and the life of his loved ones,” explains Vít Olmer.[2]

“That I will raise the kid, I told you,” Anthony resolutely bursts out in a dialogue with Marta. And that’s one of the potential keys to the drama that is his life. The story of Anthony and Marta is not and cannot be a fairy-tale. The very manner of its narration is far from being a fairy-tale. The story doesn’t end with a wedding. In fact, it starts with a small private ceremony. “Usually, a relationship is crowned with marriage, but the story of our couple facing many challenges and crises actually begins with a marriage of convenience,”[3] clarifies Olmer why the subject intrigued him so much that he adapted it into a script and subsequently a film. A 25-year-old man nicknamed Anthony meets a slightly younger woman named Marta. He proposes to her and also offers an apartment in Prague. Marta agrees, but after the wedding she learns of the existence of Bára, Anthony’s 3-year-old daughter who has been living with Anthony’s in-laws, as her mother died in a car accident. Anthony, Marta and Bára move into in a small apartment in a block of flats under the Nusle Bridge overlooking a railroad track. As if the passing trains were counting down the hopes and losses of this strange and hastily formed family. Marta imagined her life in Prague differently, and so she leaves Anthony after a short time. Their ways part. Vít Olmer clarifies: “In my changes to the script, I wanted Anthony’s and Marta’s paths to be parallel, something that wasn’t in the original script.”[4] Marta tries her luck as a model and even encounters prostitution. Anthony works like a dog in a warehouse, has to deal with his co-workers frauds and has little time left for Bára. At the end of the film, Anthony and Marta meet again and together with Bára walk through an underpass below a railroad track. We don’t know if they will stay together.

The closing sequence – and it’s surely not a coincidence – resembles a sequence from the first third of the film when Marta twists her ankle walking down the stairs in an underpass and Anthony wants to help her and says to her “Hold on to me.” Then they walk home where they make passionate love for the first time. In the closing sequence, Anthony has his leg in a plaster, limps and uses a cane. When walking down the stairs, Marta says to him – as dryly as he did before – “Hold on to me.” Three silhouettes then emerge from the underpass and before them we see the concrete construction of the bridge. There is no doubt about the symbolicalness of this scene.

“It seems that the collaboration of Vít Olmer and Ota Kopřiva has a real creative harmony to it. Another unquestionable plus of the film is an impressive and truthful portrayal of all environments the heroes find themselves in.”[5] This quote from one of the reviews suggests how important the collaboration of the director and his cinematographer was for the final shape of the film. Olmer and Kopřiva worked together on the aforementioned films What’s the Matter With You, Doctor? and As Good as Poison. Ota Kopřiva also worked on the shooting scripts, just like in the case of Anthony’s Chance. “I think that this kind of cooperation between the director and the cinematographer is nothing new; it’s rather necessary. After all, film is a visual thing, and the visual element should be of eminent interest to the director,”[6] Kopřiva says in an interview for the magazine Film a doba. Olmer adds: “Every day for a month we sit together (drinking tea that I make) and come up with ideas how to shoot individual scenes, and just chew the fat.”[7] As far as Anthony’s Chance is concerned, Kopřiva explains: “For every film, we lay out a basic non-restricting visual plan.” And Olmer again continues: “For instance, the visual principle of Anthony’s Chance included the maximum usage of silhouettes.” And Kopřiva concludes: “On one hand, a silhouette is dramatic; on the other, it is reflected somewhere in the story.”[8]

Kopřiva’s conclusion is fitting and corresponds with the final shape of the film. Silhouettes in the image are reflected in the story, which is told primarily visually. Dialogues are limited to the bare minimum. The film’s style, which was fresh at the time, is underscored by real-life locations (such as bars, bistros, buffets, gatehouses, apartments and streets in Nusle lined with decrepit houses) and also by the usage of natural light in interiors and predominant semi-darkness, which result in vague silhouettes of the characters. The rawness of the image is metaphorically supplemented by the complete absence of sunlight, and the pervasive cold. The sound can be divided into three well thought-out layers. Diegetic contemporary radio hits contrast with minimalist music with a recurring motif. The third separate and most impressive layer of sound is the roaring of trains passing by, adding ruthless rhythm to the film.

Again, exaggerating a little, Anthony’s Chance remains a distinct and remarkable silhouette in the history of Czechoslovak – and not only socialist – cinema.

[6] Alena Bechtoldová, Interview with director Vítem Olmer and cinematographer Ota Kopřiva. Film a doba 33, 1987, no. 5, p. 248. It is worth mentioning that Ota Kopřiva worked with Vít Olmer already on the film Second Move of the Pawn (Druhý tah pěšcem, 1984) for which he co-wrote the shooting script. Their collaboration continued with Edisons (Páni Edisoni, 1987) and Big Money (Bony a klid, 1988), which Kopřiva finished just before his untimely death. 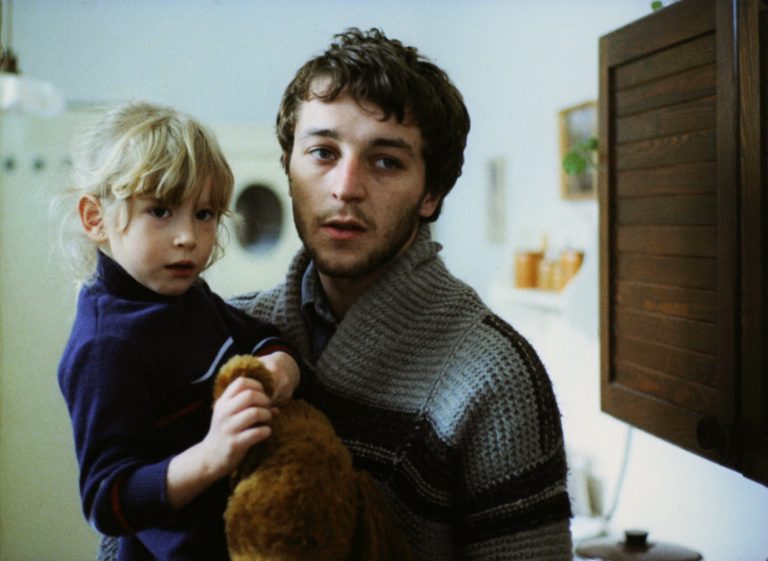