On slowness, music, and an aversion to actors’ gestures. An interview with Vít Zapletal

This week is the distribution premiere of Vít Zapletal’s feature film debut, Prach (Dust of the Ground). In this interview for the Revue, the young director expands on the circumstances of its creation, as well as the peculiar poetry of film.

Prach was originally shot as your graduate film at FAMU. How did you develop the screenplay?

I wrote other screenplays before that ended up being overgrown – which ended up being the case with Prach as well – of course with the previous material it was completely obvious. I began looking for some other material in the time crunch before the submission deadline, and from a number of minor motifs that struck me as being poignant in and of themselves, my friend from directing, Vašek Hrzina, and I began creating a more focused story. We thought it would be interesting to create a film about feelings from life that don’t necessarily lead to anything specific. In other words, a film that can’t be defined exactly, like Kráva (The Cow) by Karel Kachyňa or The Tree of Wooden Clogs. Just a piece of life, captured in a certain mood. Only afterward did we define a theme like pain or the relationship to pain, etc.

At what phase of the project did producer Radim Procházka get involved?

After the first half of shooting, when we ran out of money and suddenly had no idea what to do. We had half of it filmed, but no idea how to finish the film. Radim Procházka arranged co-production with Czech Television and in another year or so we finished shooting the film.

Did you change the screenplay as a result?

Yes, but not because of any demands on the part of the co-producers. For example, our main location fell through – a rural house where most of the story takes place. So we built one room and half of another room in the studio at FAMU, but there were no funds left for the rest so I had to move someplace completely different for scenes that took place in the room we hadn’t finished, etc. So for these practical reasons the screenplay changed quite a bit.

Prach was first featured at Famufest in November 2014, then last year had its international premiere at the Karlovy Vary Film Festival, and now is entering Czech distribution. Has it experienced any other changes during this relatively long time?

No – except for the closing titles and the name of the film (At Famufest it was screened under the title Vyzpytatelné cesty [Foreseeable Paths] – editor’s note.).

How did you choose actors who are mostly unknown to the wider public?

The entire time I was at FAMU I worked only with non-actors, because I don’t much care for professional theatre actors. Of course I wanted to continue on like that, but certain characters had too much text – or they were characters who have that trained voice as part of their profession (teacher, priest), so I figured it wouldn’t be a problem for theatre actors to play them. But I’d never cast a famous actor everyone knows, because the viewer would be watching the film and thinking at the time about what they read about them in the tabloids the day before… So from Radek Valenta on I began looking for the other cast members based on their physical appearance, so the viewer could truly believe that they are members of the one family whose story is being told. That’s how I found Radek’s film brother and parents, and then I began casting their film partners based on visual cues.

How did you work with the actors?

I wanted the actors to be natural in their roles, not to play it theatrically. For this reason I talked to them very technically. It seemed best to talk deliberately about editing: “Wait 10 seconds here, I need space for cutting.” I also tried not to tell them any clear psychological motivation of the characters. In general, I like it in film when an actor does something he himself doesn’t understand, something I know is no actor’s gesture. So I sometimes gave the actors the kind of instructions where they didn’t know exactly what they’re doing. And I looked forward to being surprised by them.

That’s why, when they played the screenplay a bit differently than I wanted, I changed the screenplay and adapted the upcoming action to these deviations from the original plan, rather than forcing them to act more specifically or taking issue with what they were doing.

Prach has an admirable visual component that isn’t in any way overdone, and yet it’s clear that you want the image to tell the story. How would you characterize your style?

In Prach what was interesting for me was that in it with spiritual entities are dealt with as well as other characters or drivers of the action, and I wanted to ground it into the most ordinary, visually civil environment. So I forced the cameraman, Ondřej Belica, who has previously made rather stylized films, into this verisimilitude. And when my friend Tomek Mielnik (director of Cesta do Říma  [Journey to Rome] – editor’s note) saw the dailies, he said it looked like home video. And I told myself: That’s exactly what I wanted! (laughs) That’s how we proceeded: very simplistically, naively. I wanted to make the film pleasant, that’s why there are so many trees, so much green… I often addressed the visual aspect according to tangible things: we built the set with scene designer Jana Hauskrechtová based on the materials in it so she could suggest haptic sensations. And that’s how we played it. Sometimes I had the feeling that I was focusing on the details in the scenography more than working with the actors. At that moment it struck me as more important than some actor’s performance. Which you can maybe tell about the film (laughs).

But at the same time, I think that is its benefit. The film lives its life independent of the characters and dialogue. And how did you build its characteristic, gentle rhythm? Was it just a question of filming, or did your work in the editing room play a role?

That was the purpose from the beginning. In the first place – even before I had a story – I wanted to make a slow film, one which will be pleasant for the viewer (which then disrupted the story a bit, as death, which is an important motif in the film, is usually ponderous for a viewer). I mostly wanted to work with tempo in the musical sense – that means to construct the formal aspect of the film in such a way that it works in and of itself, independent of the action. And the action would then comment on the rhythm in the second plane. Because there are films, for example, that work almost only because of their rhythm and it’s completely irrelevant what’s happening in them – for example Wenders’s Kings of the Road or the three-hour documentary Into Great Silence. So I knew that it would be slow like this, and then I only worried about what had to happen in it so the viewer could handle it (laughs).

This year you presented your new project, Sršeň v lahvi (A Hornet in a Bottle), at the Karlovy Vary film festival as part of the Pitch & Feedback program. What phase is it in now?

Radim Procházka and Mikuláš Novotný are producing again under the title of Background Films. This time the co-screenwriter is Radim Valak. Now we’re in maybe the third version of the screenplay, we got support for development from the State Cinematography Fund and if we can get another co-producer, we might be able to start shooting in roughly a year and a half. But that remains to be seen. 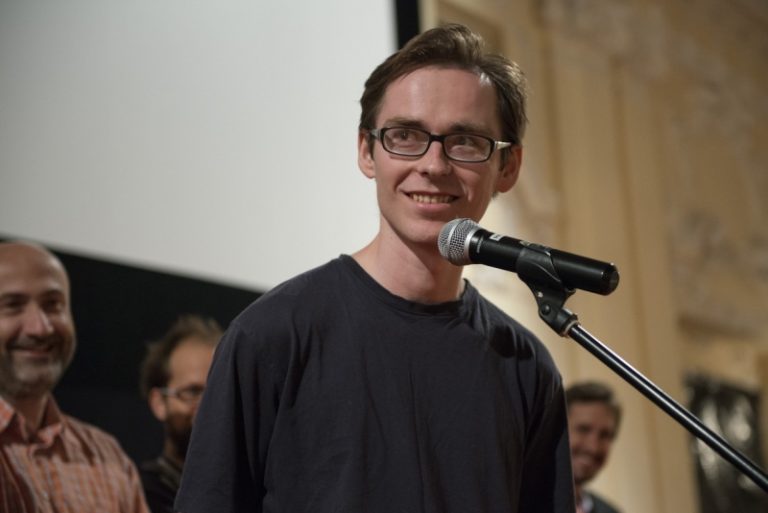 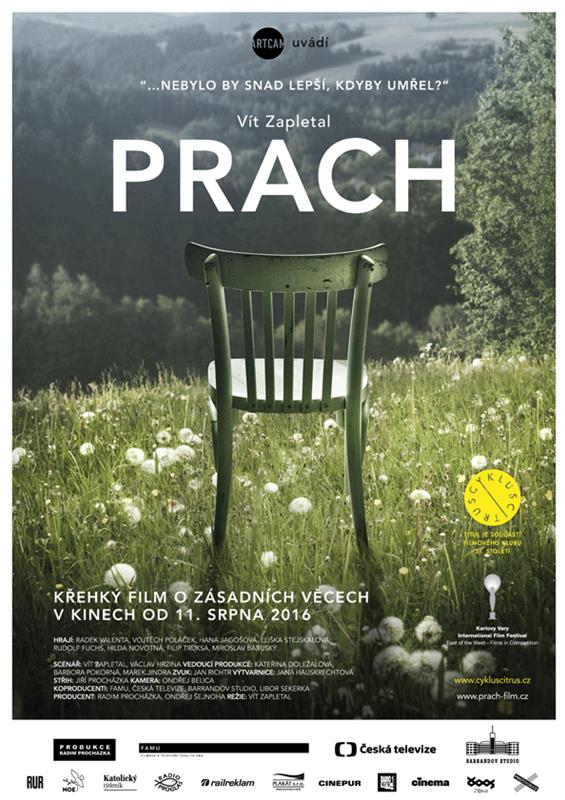