For Karel Lamač, film meant everything. And Karel Lamač had been almost everything in the film industry, too.  He proved himself as a versatile artist both on local and European scale, working as a director, screenwriter, actor, pruducer, filmmaker, editor, lyricist, singer, cameraman, inventor and above all, a pioneer of Czech silent cinema. Besides all that, he was one of the first Czech creators to manage a significant breakthrough internationally.

He was born on 27 January 1897 in Prague to a family of  occasional tenor Karel Lamač senior (1863-1938), who also was the inheritor of his brother’s pharmacy, the first in the Košíře Prague district. Lamač’s mother, Františka Prusíková-Lamačová (1860-1949), had had another daughter, Františka, from her previous marriage.  Young Karel Lamač had been very active ever since his childhood. He was interested in pharmacy and electrical engineering, he was the founder and director of his own orchestra in Košíře, he had had some experience as a stage magician and an amateur actor.  Just before the war, his father sent him to Dresden to take up practical education at the Enemann company, where he was first introduced to filming equipment.

He was said to have worked as a cameraman at the front during WW I and he remained faithful to the profession even in the post-war era. He worked his way up to the position of the technology director in the laboratories of the Excelsiorfilm company.  As early as in 1919, he first started to take up creative filmmaking jobs, such as acting (expecially in roles of lovers), directing and screenwriting.  He soon became a part of what was called the „strong four“ of Czech film, along with actress Anny Ondra, cameraman Otto Heller and screenwriter Václav Wasserman.  Ondra was often Lamač’s partner in front of the cameras.

He also played major or important roles in films that he himself directed.  That was the case of Ing. Milan Bell in  drama Otrávené světlo (Poisoned Light, 1921), Ivan Holar in melodrama Bílý ráj (White Paradise, 1924), sculptor Johnny Miller in the crazy comedy  Chyťte ho! (Catch Him!, 1924), František Havlíček’s brother František in autobiographic Karel Havlíček Borovský (1925), young teacher Josef Zajíček in the adaptation of Alois Jirásek’s drama Lucerna (The Lantern, 1952), oberlieutenant Lukáš in adaptations of Jaroslav Hašek’s world-famous novels Dobrý voják Švejk (The Good Soldier Schweik, 1925) and Švejk na frontě (Schweik at the Front, 1926), the son of a factory owner, Vilím, in comedy Velboud uchem jehly (Camel Through the Eye of a Needle,1926) or Králiš in comedy Pantáta Bezoušek  (Old Bezoušek, 1926).

In the second half of the 1920s, Lamač, together with Ondra, Heller and Wassermann, found employment in Berlin, where they were able to finish several films before the end of the silent film era, including Saxophon Susi (1928), Die Kaviarpronzessin (The Caviar Princess, 1929), or Das Mädel aus U. S. A. (A Girl from the USA, 1930). The quality of Karel Lamač’s films was above the average, compared to the then usual production, with several upswings, but sometimes even downswings. The scope of his artistic activities was truly wide, apart from popular comedies and sentimental romances, he also created melodramas with a cosmopolitan touch, psychological dramas, crime thrillers, later also conversational comedies, musical revues, and last but not least, some valuable adaptations based on works of classical Czech literature and moments from Czech history.

What all his works had in common, though, was his honest effort to perform as well as he could, and to divert as wide an audience as possible.  And he did that with a lot of success, all his films were well attended and very popular.  Lamač was involved in Czechoslovak film organizations and clubs (Organization of the Czechoslovak Film Actors, the Čefid film cooperative and others), and was also active as a journalist (for the Český film magazine), lecturer (Acting and make-up in films and Photography and ligting equipment for the Organzation of Czechoslovac actors in 1924, and in 1928, Important questions of Czechoslovak film for Masaryk’s popular education institute) and innovator (he and director J. S. Kolár were the first in Czechoslovakia to use a reflective board and backlight). Besides all that, he also published a handbook Jak se píše filmové libreto (How to Write a Libreto for a Film, 1923).

Along with other colleagues, he initiated the start of the production companies Kalos, K. L. I. M. or Elpe, and in 1926, he also became the co-founder of the new Prague film atelier Kavalírka, which unfortunately burnt down only three years later. In the early 1920s, he worked closely with J. S. Kolár and in the early 1930s he was briefly a part of a directing tandem with Martin Frič, for whom the cooperation meant an excellent grounding for sound film.

The arrival of sound film at the turn of the twenties and thirties caught Karel Lamač at a busy moment in his career, and encouraged him to go on working. In 1930, he and Ondra founded the Ondra-Lamač-Film company in Germany and until 1938, he alone (as Carl Lamac) or with other producers produced and directed a number of films, mainly musicals, operettas, revue comedies, melodramas and others. Those included Die vom Rummelplatz (Sensation, 1930), dramas Der Zinker (Informer, 1931), Klein Dorrit (Little Dorrit, 1934), Der Hund von Baskerville (The Hound of the Baskervilles, 1937), and more.

Despite his busy time in Germany, he was also able to make films in Austria, France and mainly in Czechoslovakia.  Still in the early 1930s, he had known local and international success with his Czech and German speaking versions of the C. a k. polní maršálek comedy (Imperial and Royal Field Marshal, 1930) with Vlasta Burian in the lead.  Not only this film remained in premiere theatres in Prague for a record of 13 weeks, but it also made Lamač the second  most commissioned director (besides Martin Frič) to work on the comedies with the legendary comedian Burian (On a jeho sestra / He and his sister, To neznáte Hadimršku / Business Under Distress, Lelíček ve službách Sherlocka Homese / Lelíček in the Services of Sherlock Holmes, Funebrák / The Undertaker, Nezlobte dědečka / Don’t mess with Gradpa, Ducháček to zařídí / Ducháček Will Fix It, U pokladny stál / He Stood at the Till …)

Among other films he made at home during the 1930s, we should mention at least the Czech and German language versions of his comedies with Anny Ondra: Polská krev (Polish Blood, 1934) and Důvod k rozvodu (A Reason for a Divorce, 1937). There was also the Slávko, nedej se (Slávka, don’t give in!) and another adaptation of Jirásek’s classic, Lucerna (The Lantern, 1938).   But even during his productive time as a director, he could not resist appearing in front of the camera as well. Most of the time, both in his own films and those of other directors, he created comical characters of distracted and impractical old bachelors, whose lives are only changed once they fall in love the main heroine.

Under his own direction, he played junior clerk Alois Bernášek in comedy Dobrý tramp Bernášek (Good Tramp Bernášek, 1933), teacher Vojtěch Lípa in melodramatic Jindra, hraběnka Ostrovínová (Jindra, Countess of Ostrovín, 1933), private scholar Václav Bulfínek in the Na tý louce zelený operette (In the Green Meadows, 1936) and cousin Tonny in Milování zakázáno (Forbidden Love, 1938). In addition, as professor Karel Suchý in the Kantor Ideál(The Ideal Teacher, 1932), a student comedy directed by Martin Frič, he appeared for the last time as the partner of Anny Ondra. As a partner of Trudy Grosslicht, he created the characters of Dr Anatol Brynda in Frič’s farce S vyloučením veřejnosti (Closed Proceedings) and the unlucky Tommy Fikejs in Svatopluk Innemann’s comedy Tři kroky od těla (Three steps away from the body, 1934).

Having finished the U pokladny stál comedy with Vlasta Burian, and lived the experience of the Protectorate Bohemia and Moravia’s establishment, Lamač and Otto Heller left their homeland. Passing through the Netherlands (where he had time to make De Sppktrein/Midnight Train), Belgium and France, he finally got to England in 1940.  In November 1939, Lamač and Heller had even volunteered to enroll to the Czechoslovak army abroad. In England, Lamač served at the RAF until 1941, when he joined the ground forces, where he served until 1946.

During the whole time, he had the job of a war filmmaker and cameraman. In between war documents on Czechoslovak resistance against Germans, he also made three fiction films. One of them, another Jaroslav Hašek’s novel adaptation called Švejk bourá Německo (Schweik’s New Adventures , 1943) is still able to capture the audience, even today. While in London, he also recorded Czech voice-overs to English, Soviet and American war documentaries or supplied subtitles for them.

Post bellum, he negotiated his possible return to Czechoslovakia. While still living in London, he made two new films in Belgium and France and in July 1947, he reached the U.S.A., carrying with him his freshly obtained patent for moving photography. His projects concerning his invention, his business, his own production company or his TV cooperation, however, remained unfulfilled. When his health deteriorated due to his frantic work pace, he accepted an offer from Germany and returned to film in 1951. There, he was reunited with Anny Ondra. Even with his health steadily deteriorating, he was still able to complete the comedy Die Diebin von Bagdad (The Thief from Bagdad). On 2 August 1952, aged 55, he died due to a serious kidney condition in Hamburg, where he is also buried. In the history of Czechoslovak cinematography, he will be remembered as a pioneer figure, able to win international acclaim, especially in Germany. 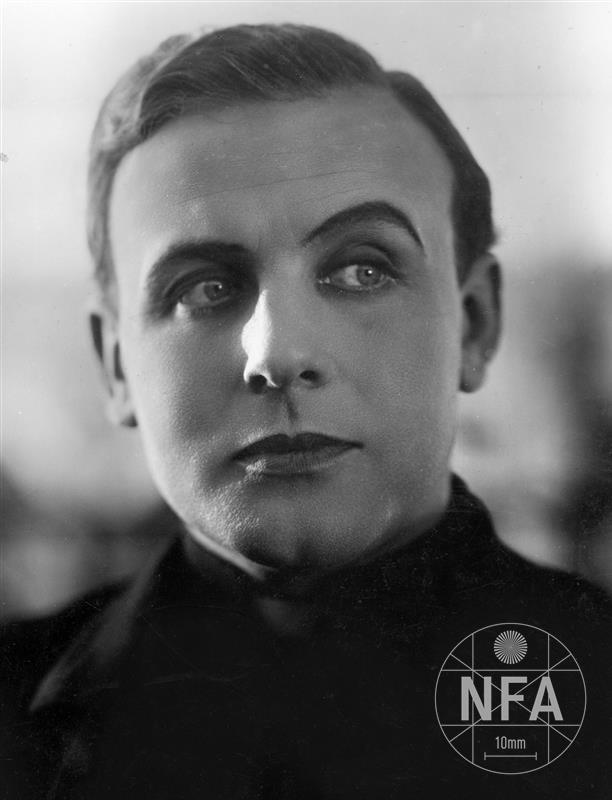