Just like other films produced in the same period, Vojtěch Jasný’s early works celebrated the “building of socialism”. They were mainly documentaries, which as one of the first FAMU graduates since the end of the 1940s, he made in collaboration with Karel Kachyňa. During a tour with the Army Art Ensemble, they filmed for instance several optimistic portraits of life in China.

Jasný’s live action debut was a military film titled September Nights (Zářijové noci, 1956) based on Pavel Kohout’s stage play of the same name. A year later, Jasný wrote the first synopsis for his modern fairy tale about desire and justice, titled The Cassandra Cat; it was, however, only released in 1963.

In the meantime, Jasný made a poetic film titled Desire (Touha, 1958), which helped to establish his position in the Czechoslovak cinema of the 1950s, and a comedy titled The Pilgrimage to the Holy Virgin (Procesí k panence, 1961). Both films foreshadowed The Cassandra Cat – Desire with its lyrical humanism and Pilgrimage with its humour and satirical undertones. The Cassandra Cat takes place in a picturesque Bohemian town (the film was shot on location in Telč). A circus arrives accompanied by a magician, an acrobat named Diana, and a cat with the ability to reveal adults’ hidden character traits. When confronted with the penetrating gaze of the magical animal, people glow in different colours, reflecting their true feelings: liars turn violet, lovers turn red, thieves turn grey…

But when some villainous people kidnap the magical cat, children from the local school set out to rescue it.

The script was co-written by Jiří Brdečka and Jan Werich, who portrayed the main dual role of the wise narrator and the magician. It was his first bigger film opportunity since Once Upon a Time, There Was a King (Byl jednou jeden král, 1954). Thanks to Werich’s jollity and Vojtěch Jasný’s sense for visuality, the timeless parable about hypocritical morals still appeals to audiences today.

Jasný created the film’s artistic concept in close collaboration with DoP Jaroslav Kučera. The length of the production was affected by many innovative visual effects requiring, among other things, a special colour make-up. Kučera’s sorcery with colour material preceded the no less remarkable optical tricks he used in Věra Chytilová’s films Daisies (Sedmikrásky, 1966) and Fruit of Paradise (Ovoce stromů rajských jíme, 1966).

Jasný’s colourful satirical morality full of resourceful puns premiered in May 1963 at the Cannes Film Festival. Along with the Japanese film Harakiri (1963), it received the Special Jury Prize. It also won the C.S.T. Technical Grand Prize. In July that same year, it was screened in Locarno.

In September 1963, Jasný’s féerie debuted in Czechoslovak cinemas, where it attracted 1,310,291 viewers by year’s end. The message and technical qualities of The Cassandra Cat were also praised by critics. But after 1968, the acclaimed work found itself on a list of banned films that were to be screened no longer. Still in Czechoslovakia, Jasný finished his long-anticipated historic fresco All My Good Countrymen (Všichni dobří rodáci, 1969), his last domestic film for a long time. In 1970, he went into exile for political reasons.

Contemporary audiences will now have a chance to see a digitally restored version of the film recreating the effect the original had on viewers when it premiered. The film was restored in the film restoration laboratory L’Immagine Ritrovata in Bologna, Italy, under the supervision of the National Film Archive.

The digitally restored version was premiered in July at the Cannes Film Festival. 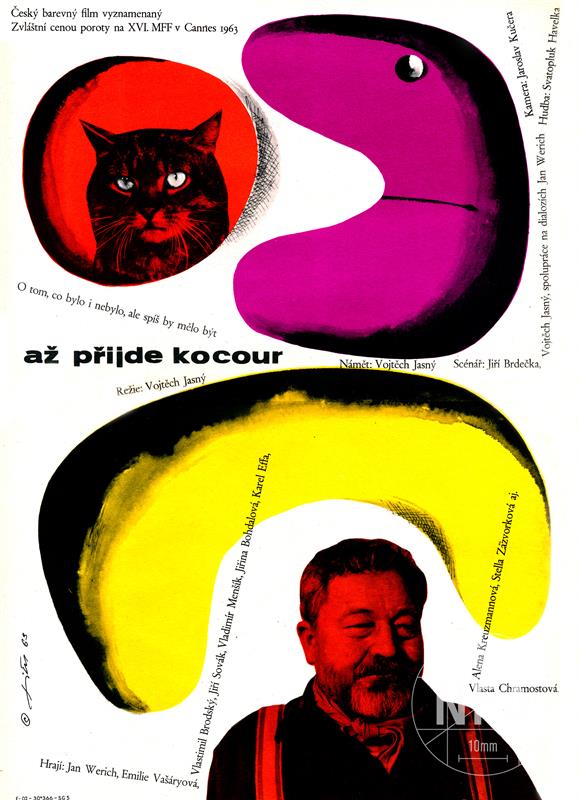