Zet Molas was born 120 years ago. She was a pioneer of Czech film critique, screenwriter, actress and director. In her work, she ingeniously combined genre cinematography with procedures of the avant-garde. She died forgotten in Western Germany, where she was forced to resettle after the Second World War.

Zet Molas came from a middle-class family of a railway clerk. She was born on 18 March 1896 in Hradec Králové as Zdena Holubová. She spent her childhood alternately between Hradec Králové and Vienna. Her interest in art led her to attend the School of Art, Architecture and Design in Prague (UMPRUM), where she studied under sculptor Otakar Španiel. She also wrote poetry and tried to make it in the theatre. She continued her studies at the École des Beaux Arts in Paris.

Upon her return to Prague, she finally made it as a screenwriter and film director. Thanks to the money of her husband, businessman Bohumil Smol, she filmed the countryside romance Závěť podivínova (The Testament of an Oddfellow), thus becoming the third ever female film director after Olga Rautenkranzová and Thea Červenková.

Paradoxically, the film was made during the biggest crisis experienced by the Czech film industry, which took place between 1922 and 1924. It was produced by the newly founded company Jupiter Film, which also functioned as a distribution company for foreign film. Filming took place on Studios A-B, the construction of which took place according to sets designed by Molas herself. It was the creative aspect of the film that film critiques at the time admired the most: “Many of the scenes stand out for their picturesqueness and charm (e.g., the last one with the snow-covered window), which reveal that the director is also an artist who knows the laws of light and shadow and the harmony of mood.” [1] The director’s other important contribution to cinema was her choice of actors: either by choosing characters that defied the established type (Zdena Kavková) or the discovery of new talent (Marie Černá).

The plot of Závět podivínova was in fact quite simple: it to told the story of a young heir to a manor who falls in love with a country girl, the granddaughter of the original owner of the manor. He decides to right the family injustice, but his intentions are thwarted by a cunning actress, who wants to take the property. The libretto was published in four languages by Jupiter Film on the occasion of the release of Závět podivínova in theatres. In addition to newspaper articles of the time and a few photographs, there is only one copy of this film in existence.

After its completion, Zet Molas set off for France, where she was allegedly preparing the film adaptation of Théophile Gautier’s novel Mademoiselle de Maupin. In addition to writing the screenplay and directing the film, she was to have even played the title role of the famous opera diva, who cunningly seduced both sexes with her charm and disguises. Problems with production forced Molas to return to Prague, where she became a publisher and the editor-in-chief of the magazine Český filmový svět (Czech Film Word).

Under her leadership, the originally popular magazine gradually began to change into a tribune for the avant-garde approach to film. This was mainly due to Molas’ aesthetic taste, but a role in this was also played by her love affair with Vítězslav Nezval. The spouses took over the magazine frim Svozil in September 1924. In spring of the next year, Molas met Nezval, who fell madly in love with her. He began publishing his reviews, essays and poems dedicated to his new muse in the magazine. In addition to Nezval, however, other authors from the Devětsil group began to publish their contributions in Český filmovy svět: Artuš Černík, Jiří Frejka, E. F. Burian, Karel Schulz and Vít Obrtel.

No less noteworthy are Zet Molas’s own texts. For the magazine, she wrote theoretical articles [Obchod a umění (Busines and Art), Filmová adaptace (Film Adaptations), Titulek (The Title)], critical essays [Devětsil ve filmu (Devětsil in Film), Podmínky vývoje (Conditions of Development), Vývoj soudobého evropského filmu (The Development of Contemporary European Film), Klub za nový film (The New Film Club)], open disputations [Přítomnost a český film (The Present Day and Czech Film)] and regular reviews [Husa na provázku (Goose on a String), Josef Kajetán Tyl, Dobrý voják Švejk (The Good Soldier Švejk), Jen hodiny (Just Hours), Mechanický balet (Mechanical Ballet), Pohádka máje (The Story of May), Řina, Svéhlavička (The Headstrong Girl), Nana, Zmučené mládí (Tortured youth)]. In them, the author defends the avant-garde position, but unlike most of her compatriots and foreign colleagues, she does not define the films strictly in opposition to older artistic types. She, conversely, is able to appreciate the significance of the literary text in combination with the visuals (the article Titulek) and does not renounce even film adaptations of books, which avant-gardists usually rejected (the article Filmová adaptace).

While the editor of Český filmový svět, Molas tried to continue directing. On the pages of her magazine, she announced through an ad in the September and October 1924 issues the filming of the film Hříšnice a zákon (The Sinner and the Law), produced by her own company Molas-Film. Olga Romovská and Vladimír Novotný were to play the main roles. In the December issue, however, a vague advertisement for the film Ženy nedohledáš (You Won’t Find the Women) appeared. The April issue of the magazine contained a short notice specifying that the film was to be an adaptation of Mademoiselle de Maupin, which Molas decided to revisit. In addition to direction, she was also to take the male role of the knight De Serranes. Even Nezval took part in the project. The September issue from 1925 contains his poem in the form of an acrostic entitled Mademoiselle de Maupin. The first letters of the verses compose the words: “Star Zet Molas”. Nezvalov’s muse was now to play the title role, as was announced a few pages later. Furthermore, Molas and Nezval were to direct the film together. This information was again repeated in the next two issues. In January 1926, however, Nezval and Molas ended their affair. [2] Issue 3 from November of that year mentions Maurice Tourneur (!) as the director. This relates to Molas’s attendance at the First International Film Congress, which took place in Paris in 1926. Apparently, Molas was able to pre-arrange for her film to be a Czechoslovakian and French co-production, as is documented is her articles in the Parisian daily Comoedia, owned by reporter and congress participant J. L. Croz. Filming was to take place alternately between Bohemia (exterior shots) and France (interior shots). Molas was again to play the main role. The film, however, never took off.

Zet Molas therefore began focusing on a different project: in 1928, she finally produced Mlynář a jeho dítě (the Miller and His Child), a play by Moravian playwright Ernest Raumpach. She conceived the popular story, often performed by amateur theatre groups during All Saint’s Day, in a very clean-cut style as a reference to naïve folk painting. [3] The slightly supernatural story about a miller who is able to see in a graveyard the spirits of those who were going to die gave her, however, the opportunity to abandon reality using avant-garde means. Molas herself described her film as follows: “Modern film technology is able to capture fantasy awoken by subconscious thoughts, marching past in certain images, in which any relationship to reality is lost. The tragedy in Annenruhe [ed. note: the location where the story takes place] is predestined for realistic and surrealistic filming. Konrád’s ravings at midnight on Christmas Eve, when he loses sight of objectivity and reality when meeting the miller, the consequences of this superstition which chills the entire surroundings to the bone, this atmosphere of continuous conflict between the real and the illusory, the struggle between life and death, the struggle between powerless poverty and the miller’s daughter’s greed and blind obedience provides so many premises, that it is not possible to ignore this topic only because it has become popular.” [4] Mlynář a jeho dítě was the first Czech attempt at combining film and poetic surrealism – at a time when France was already producing films like The Seashell and the Clergyman and An Andalusian Dog and Czech surrealism was just in its infancy. The result of this effort cannot be entirely appreciated, however. The film is stored on a nitrate copy in the National Film Archive. The fragile, flammable copy is awaiting complete refurbishment. Only then will it be possible to view this film again.

Although Mlynář a jeho dítě was not received well by either critiques or audiences, Molas was not dissuaded from her other planned film ventures. The very next year she wrote and produced the action crime comedy Pancéřové auto (The Armoured Car). The director of the film was Austrian filmmaker Rolf Randolf; the architect was fledgling Alexander Hackenschmied; and the female lead of the mistress of a race car driver who is captured by a band of thieves was played by Zet Molas. After its premiere in January 1930, Molas withdrew artistically for a few years. She allegedly went abroad to German, France and Italy to supplement her education. [5] She returned to film in the second half of the 1930s. First, she wrote the screenplay to Miroslav Cikán’s comedy Lojzička (1936). Her most important work, however, was the biographical film Karel Hynek Mácha (1936), which was based on Emil Synek’s play Mimo proud (Outside the Mainstream). In it, Molas abandoned her brash avant-garde efforts from the previous decade and created a classic epic drama; nevertheless, it still managed to deviate from mainstream interwar entertainment. She gave the main roles to leading character actors. In addition to Ladislav Boháč and František Kreuzmann, she gave the talented Karla Oličová a chance to shine. The film was shot by several cameramen, including Otto Heller and Ferdinand Pečenka, without it affecting the unified artistic character. Architect Štěpán Kopecký built period buildings at Barrandov Studio, including a monumental replica of the chancel of St Vitus’ Cathedral using old engravings as a model. This was the biggest studio construction ever in Czech Film. Karel Hynek Mácha was heralded in the press upon its release. Critic Bedřich Radl even called it one of the best films of the year in the magazine Kinorevue, saying that: “Zet Molas’s return to film is both agreeable and convincing (…) She has proven that she can handle film technology better than the most established film directors today and that she can bring new and positive ideas to our film.”[6]

Unfortunately, this wish remained unfilled, as Zet Molas never made another film. She wrote a number of screenplays [Panna (The Virgin), Milostná mámení (Amorous Delusions), Princezna Pampeliška (Princess Dandelion)], but she never had the chance to direct again. During the Protectorate, she and her husband, who supervised the Aryanisation of Prague’s Adria theatre while Secretary of the Film Division of the Reich Protectorate Office [7], approved of the German occupying force. After the war, Zet Molas was, therefore, forced to resettle in West Germany, where she died in 1956. 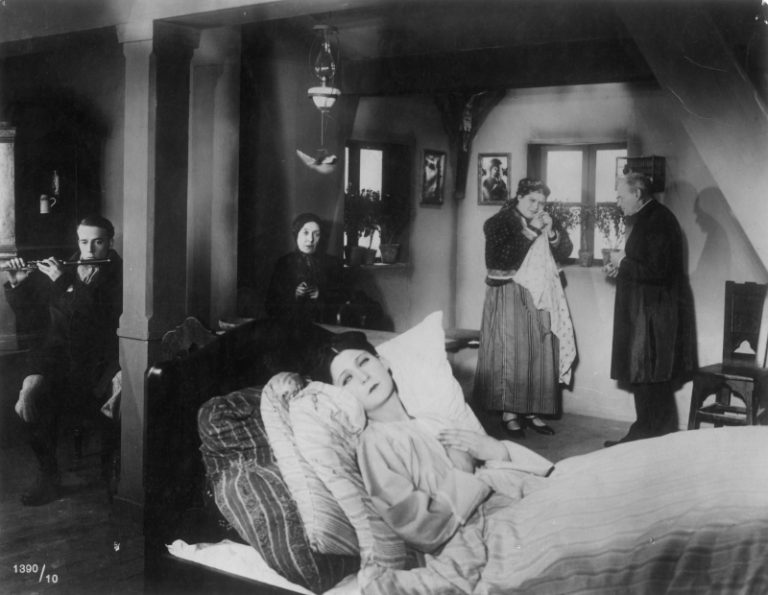 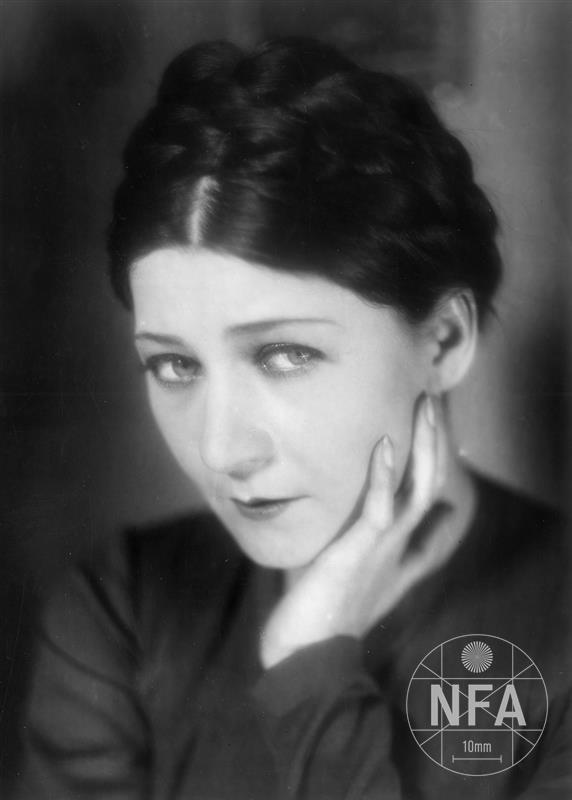 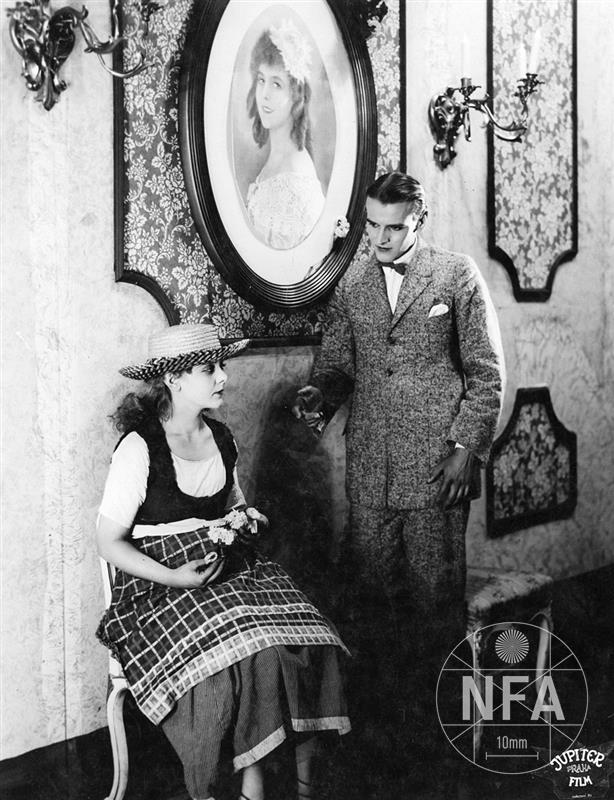