Vilda is looking at model trains in a shop window. Then he sets out for the woods to pick mushrooms with his friends Ríša, Mirek and Mirek's little brother Láďa. Soon their baskets are full and they immediately sell their haul in a Jednota (consumers' cooperative) shop. Each makes different use of the money they get. Láďa buys sweets, and Mirek and Ríša different treats. Only Vilda saves his share, because he wants to buy a new model engine. Later the kids see a traffic accident. A car knocks a postman off his bicycle. The driver takes the injured postman off to the hospital. The boys find his bag full of correspondence, but they can't agree on what to do with it. Ríša and Vilda want to take it to the post office and so they part company with the two brothers. Then they have a tug of war with the bag and bank notes fall onto the ground. After the ensuing fight Vilda sets off for the post office by himself. He can't resist taking just one hundred-crown note and hiding it in a dried up treestump. An older mushroom picker, who emerges from the undergrowth, grabs the bag from Vilda and takes it by force. The boy immediately runs off after his friends, and because they know the forest well, they are able to find the man and by following him and surrounding him, they force him to throw down the bag and give up the files with the money. The postmaster and a policemaent praise the boys and reward them with foreign stamps. But a hundred crowns is missing. Pangs of conscience force Vilda to go back to the wood, but the banknote has gone. Vilda gathers together all his savings, changes them for a hundred-crown note and takes it to the post office. He even speaks up on behalf of the mushroom-picker thief. It was his fault, but he will never do it again. 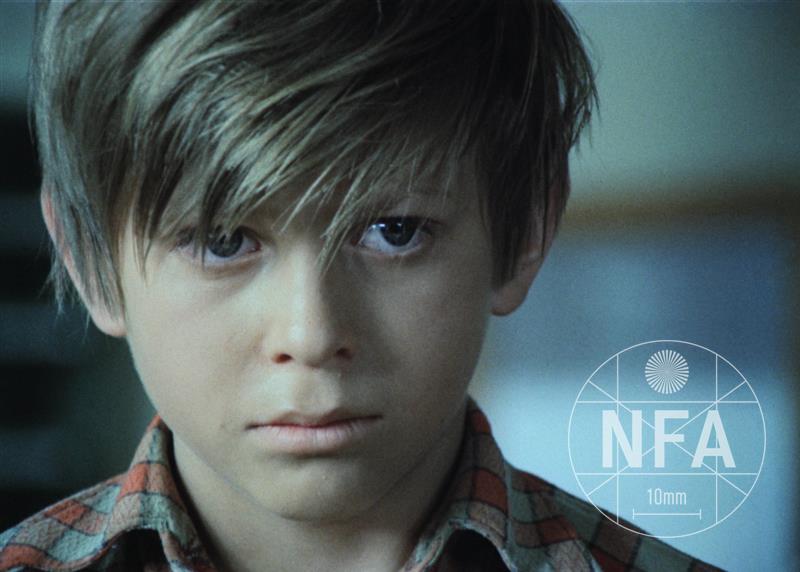 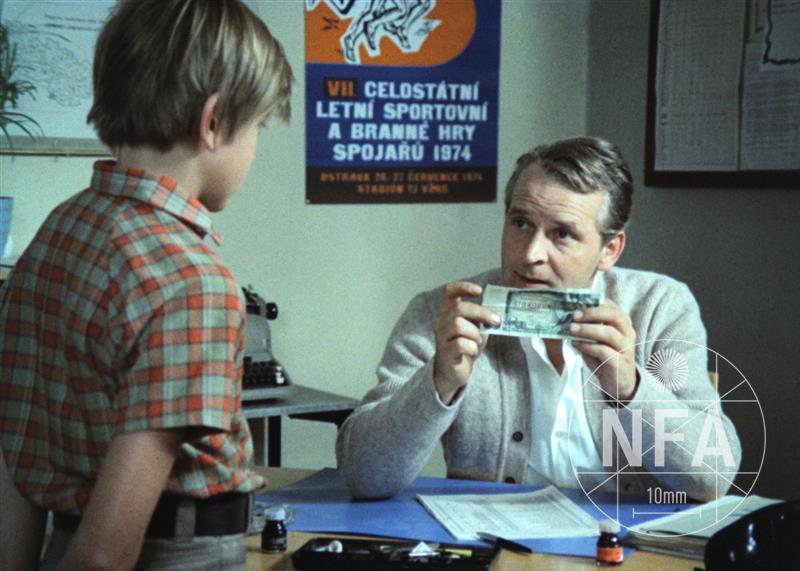 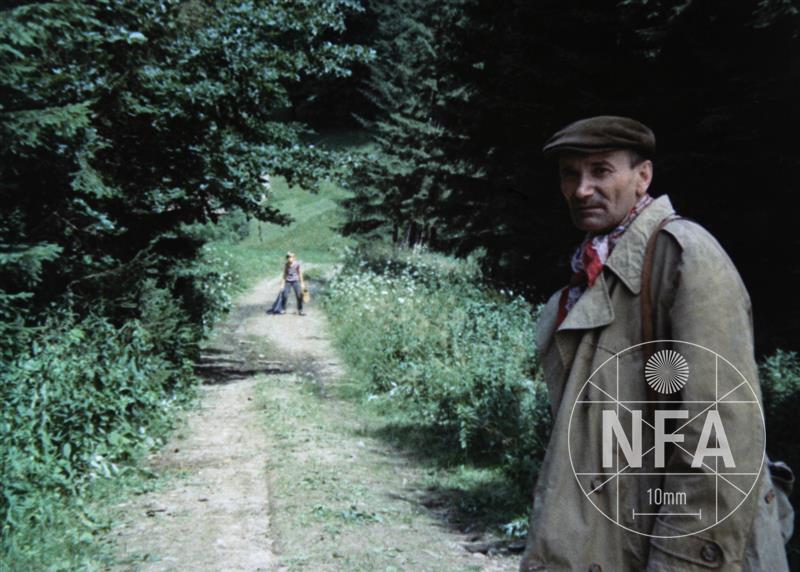