French Renaissance poet François Villon is introduced as the protagonist in this 1989 historical feature, a Polish-Czech co-production. The last film of renowned Polish director Stanislaw Różewicz, it is conceived as an intense genre performance, romantically emphasising the rebellious traits of Villon´s personality. An unruly dreamer, swashbuckler and ruffian, he roams the medieval world haunted by plague. Staying true to his poetry, he finds the meaning of existence not among refined, courtly company but among the rabble. Through a vision in the inquisitor’s house, the uncertain and tragic future is then revealed to the free-thinking poet… Polish actor Jacek Mikołajczak stars in this feature, made attractive to Czech audiences by the loosening of censored distribution after 1989. The film’s authenticity is furnished by Czech settings (Prague, Třeboň and Český Krumlov).

It is 1456. The poet and ruffian François Villon and his companions rob a merchant's wagon. They discover a coffin with a dead girl inside and, realizing that she died of the plague, quickly run away. The atmosphere in a crowded pub is jolly, the visitors drink, shout, dance and sing. Villon and his gang later change into monk's habits in one of the pub's rooms and set off to plunder a monastery. When dividing the loot, Villon does not notice that one of the gang, Nicolas, stole a money pouch from him. Villon breaks up with the group, hiding in the dark streets from the military guards. He discovers the body of a dead prostitute in an alleyway and takes her money. He watches the masked undertakers collecting and taking away the victims of the plague outbreak. The chilled young man wanders through the streets and finally bangs on a door next to a lit window. The owner, Mr Felier, invites him in and offers him some refreshment. Villon plays a lute and recites his poems. Then he falls asleep and dreams about his mother and a hangman putting a noose around his neck. When he wakes up, he wanders around the house and enters the room of Felier's foster daughter, Kateřina. During futher examination, he discovers a torture chamber in the house and grasps that Felier is in fact an officier of the Inquisition. Felier offers Villon a commission at the court, but the poet prefers freedom. After the ensuing quarrel, the host throws him out. Villon notices that the plague sign has appeared on the main door. He sees his companions sitting in a pub in his feverish fantasies. He is outside the town, walking on a dirt road into the mist.

The movie was originally filmed in Polish and it was introduced to Czech distribution with the subtitles translated by Eva Bednářová. 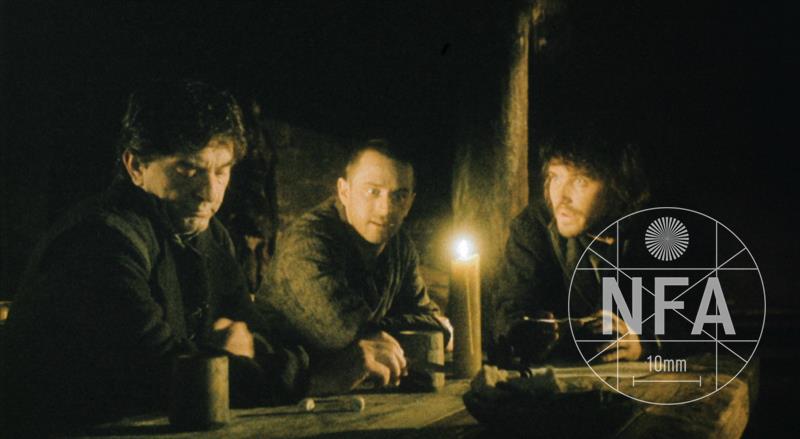 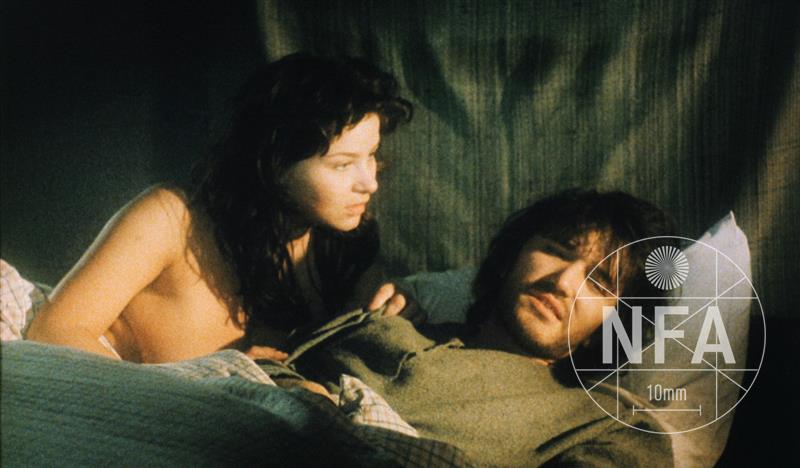 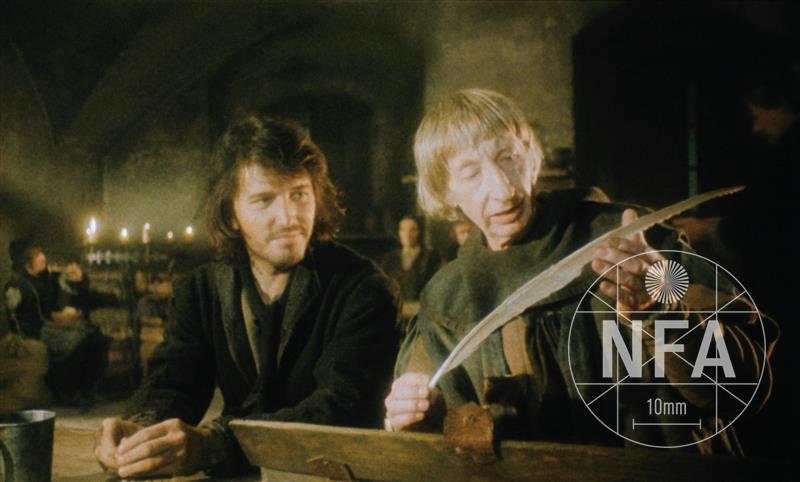