Dramatic episode from the end of the war.

At the end of World War II., a German soldier and German officer are escaping through the Czech woods in hope of getting home. They find a secluded, worn out and damaged house. They need to take a rest; it seems the officer also has an injured leg. As the soldier is walking through the house he finds a helmet, with swastika. He does not notice a little boy who silently sneaks out and runs away. But then something rattles in the closed cabinet. The soldier shoots it through immediately with a load from his automatic rifle. Behind the cabinet door a huddled boy is shuddering. He probably played soldiers here with his friend. The officer does not want any witnesses of their escape; he reminds the soldier of his mother and the officer’s family waiting for them in Germany. He wants to shoot the boy who ran from the house, but fell down after some steps. However, the soldier has enough of murdering. They draw lots as to who shall shoot and it is the soldier who gets the lot. The soldier eventualy aims the gun at the officer and he shoots him instead of the child. Accompanied by the second boy, two men are approaching through the wood. There is a loud bang, and the soldier shot in the belly collapses on the ground and, after a while, he dies. 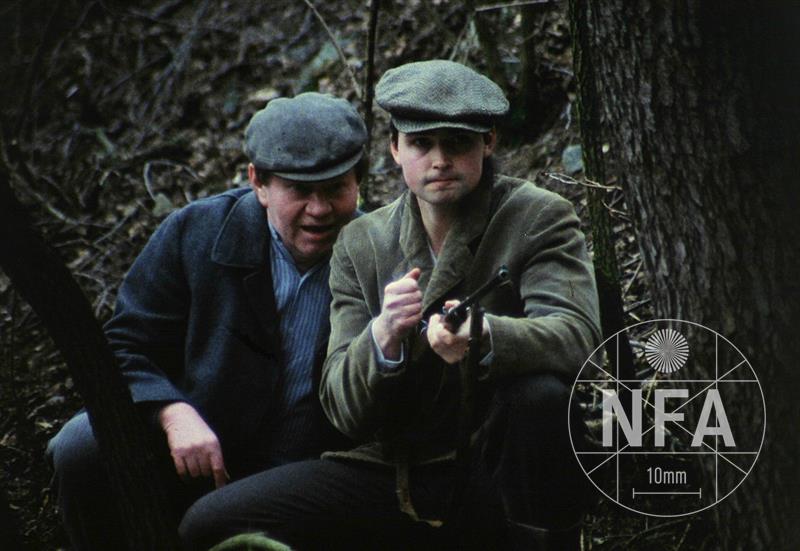 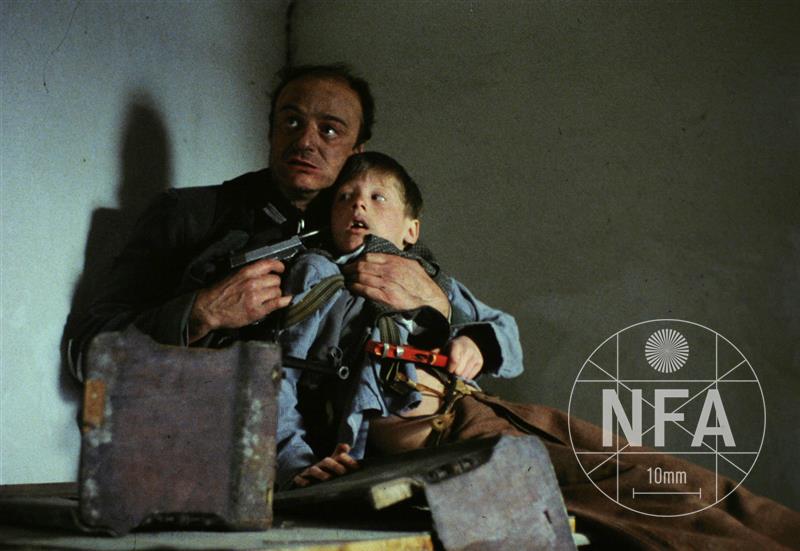 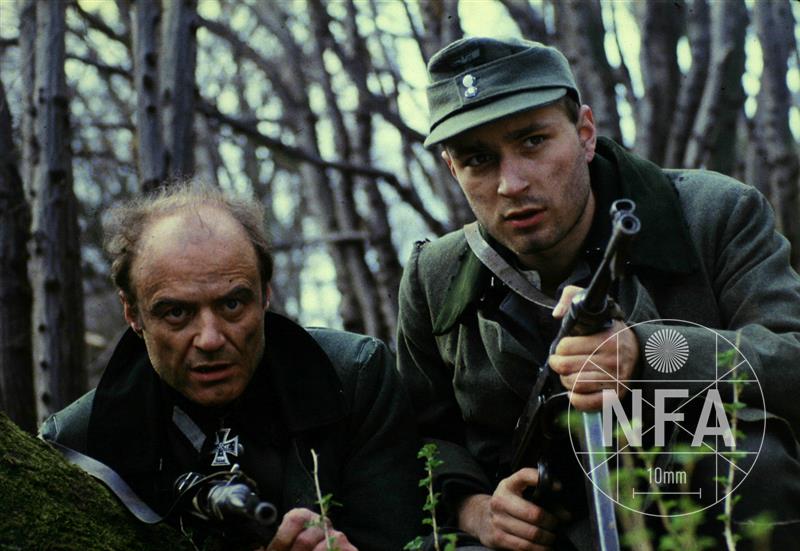