The tradition of Czechoslovak sci-fi film and the complicated journey of Ikarie XB 1 both in its home country and abroad was aptly described on the Revue’s pages by Martin Šrajer. An equally interesting topic is that of planned sci-fi films that never made it past the stage of a narrative or film script.

Filmmakers have reached for Karel Čapek’s literary works on numerous occasions. Čapek’s novel Válka s mloky [War with the Newts] has been the subject of several attempts to bring it to the silver screen. Among the most active in this respect were Oscar-winning directors Ján Kadár and Elmar Klos who first attempted to make the novel into a film in the latter 1950s and then again a decade later. Kadár and Klos, in partnership with writer Edvard Valenta, created a film narrative and described their intentions in a key to the film transcript. The transcript explains, among other things, that the author himself was meant to be depicted in the film, as a journalist character, and that to increase the suspense, specific characters, and not the whole of mankind, would have been placed in jeopardy. The film was to be composed of live-action segments interspersed with animation, amateur shots, video reporting as well as popular science segments, all combining black-and-white and colour film.[1]

Further information on the directors’ intentions for Válka s mloky can be gleaned from press reports of 1965. In an interview for Film a doba magazine, Kadár and Klos talked at length about their plans: “We either have something to say or we have not. Our upcoming project is Válka s mloky based on Karel Čapek’s novel. We have burned all bridges, rejected everything else that we have been offered. (…) We first started working on Čapek’s Válka s mloky 10 years ago and now we will see it through. But we do not regret that decade. (…) We became somewhat wiser in that time. We are no longer as stuck in the present-day goings-on. Time has revealed to us new and much more general values in Čapek, values we would not have been able to comprehend earlier. Čapek provokes us with what he says as much as with how he says it, because there is an opportunity for an immense debate targeting any and all hegemony of means of expression. At last we want to make a complete film that will be both committed and a great entertainment, a film for the whole world and for all audiences, without making any compromises.”[2] Speaking to Divadelní a filmové noviny, Elmar Klos observed that the theme was most exciting for him in terms of the possibility of exploring and describing the roots of evil, something the duo of directors also pursued in their Oscar-winning Obchod na korze [The Shop on Main Street].[3]

Another attempt at filming Válka s mloky was made in the 1990s by Ivan Passer. He joined forces with author and screenwriter Jan Novák[4], but their efforts also ultimately failed. There were also several other filmmakers who did not fare much better.

There are additional works written by Karel Čapek that failed to make it to the silver screen, despite the intentions and efforts of many who wished to achieve such transfers. One of those works is the novel Povětroň [5] and another is the comedy play in three acts Věc Makropulos [The Makropulos Affair] that tells the story of immortal opera singer Emilie Marty, bored with her endless life. It was to be a feature film debut in 1947 for director and screenwriter Vladimír Vlček, later known for directing Zítra se bude tančit všude [Tomorrow, People Will Be Dancing Everywhere, 1952] and Rudá záře nad Kladnem [Red Glow over Kladno, 1955] and the considerably better Advent (1956). Věc Makropulos was listed in January 1947 in the country’s filming schedule alongside other sci-fi pieces, such as Podobizna [Portrait], based on the short story Je mezi námi by N. V. Gogol and directed by Jiří Slavíček, and Z knihy zrozený [Born From A Book] directed by Václav Řezáč.[6] Vlček intended the operatic segments of his film to capture the lead character’s ever growing fatigue.[7] The film’s story was to take place in Prague, Leningrad (today’s St Petersburg) and an unnamed city in the south of Spain. Another director who set his sights on Věc Makropulos in the latter half of the 1960s was Jiří Weiss. However, his planned Czech-British co-production did not progress past synopses, dated February and March 1967 (co-authored with Weiss by author and screenwriter Zdeněk Bláha), and some negotiations with a potential co-producer.[8] Sharing a similar fate to that of Válka s mloky, Věc Makropulos has only ever been performed on the stage and as a radio play.[9]

An ambitious two-part “comedy against the Military” conceived by Oldřich Lipský, Miloš Macourek and Josef Nesvadba has also unfortunately never been realised. The working title was Plán Gulliver, later renamed to Gulliver proti svatbě [Gulliver Against A Wedding] and Svatba proti Gulliverovi [A Wedding Against Gulliver], with the project developing into two films. Period press described the filmmakers’ plans as a “sci-fi story responding to international political affairs while making use of the rich possibilities offered by special effects.”[10] The storyline was based on manipulation with the invention of miniaturising scissors that can for example make possible the shipping of shrunken armed forces across the border in macaroni. But as the pair of scissors ends up in the wrong hands a good dose of funny chaos is on the cards. A considerable part of the story was meant to take place inside the head of the General, where the lead character Egon takes up temporary residence, hinting at quite a demanding film project.

The National Film Archive keeps four separate scripts, dated July, October, November and December 1962 and even the July version is described as the fifth in line.[11] The first of the two films, Gulliver proti svatbě, was to finish with the apparently inevitable demise of the General, the main negative character of this slapstick comedy. In the sequel, miniaturised Egon’s girlfriend Marta was to join the fight against the General. Most of the funny situations were to stem from mischief caused by individual characters operating inside a “control centre” in the General’s head, making him do and say things that those around him fail to comprehend.

Director Oldřich Lipský became involved in another interesting project requiring a good dose of special effects when he took up a short story by Josef Nesvadba, Druhý ostrov doktora Moreaua [Dr Moreau’s Second Island] in the second half of the 1960s. A literary script from April 1965 was named Zakázaný ostrov [Forbidden Island] with Smrtelná nemoc [Deadly Disease] as its secondary title.[12] Lipský was later joined by Miloš Macourek and Italian screenwriter Franco Solinas. Their names are attached to a December 1965 version of the script bearing the title of Vězeň ze satelitu Y-R [Prisoner From Satellite Y-R].[13]

There are several mentions of the planned film in 1966 press reports. The Barrandov Studio employees’ magazine Záběr wrote: “Renowned film producer and entrepreneur Carlo Ponti (actress Sophia Loren’s husband) has recently spent a few days in Prague to discuss with representatives of Československý filmexport and Film Studio Barrandov detailed parameters of collaboration in the making of Vězeň ze satelitu YR (to be directed by Oldřich Lipský) and a number of other films.”[14] There was more from Miloš Macourek, cited in Divadelní a filmové noviny: “It is a film with the production funded by Italian producer Moris Ergas while Carlo Ponti is also to become involved. Ponti will be charged mainly with finding actors for the four main roles. The film will be directed by Oldřich Lipský with Vladimír Novotný, a specialist in shooting special effects, responsible for the camera. The film will be shot in wide angle and colour. Exteriors will be filmed in Sardinia. I wish to point out that Vězeň is not a co-production project but a film made to order.”[15]

In Macourek’s words, the film was not to be a parody. Instead, the creators were to follow the wishes of the producer in creating “an adventure sci-fi that will appeal to the regular cinemagoer and contain some horror situations befalling a clever and skilful lead character who is abducted, tortured and trained for an undisclosed purpose. Once the main character comprehends his captors’ intentions he strives to outfox the perfect humans who have taken him prisoner. The horror sequences are meant to highlight the monstrosity of a world controlled solely by technology.”[16] The title character of the prisoner in Satellite Y-R is joined in the storyline by a female astronaut trainer and a duo of a space biologist and his sidekick.[17] In addition to a number of studio scenes (torture chamber, autopsy room, a room full of cripples, laboratory, overpressure chamber and others) and outdoor scenes (flying saucer cabin, a view of the archipelago) the filmmakers also planned to build models of the satellite, outer space, a flying saucer against a blue sky and a rocket launch pad.[18]

Josef Škvorecký collaborated with his wife Zdena Salivarová to write a script in 1967 based on a 1901 short story by H. G. Wells, The New Accelerator. The script named Irenka v mnohonásobném zrychlení [Irenka Accelerated Multiple Times] was Salivarová’s end-of-term work while studying dramaturgy at the Film and TV School of the Academy of Performing Arts in Prague (FAMU). Škvorecký and Salivarová, already in exile, translated the script into English and tried to find a producer for it, in vain. Responding to subsequent interest from Germany they changed the characters’ names to German ones and chose Vienna as the storyline’s location.[19] The script was published as a book in 2007.[20] The “Victorian-era madness”, as the story is dubbed[21], revolves around an accelerator applied in the form of pills that are very easy to mistake for aspirin. Once the accelerator pill is swallowed the surrounding world stops in its tracks and the pill user can, for example, cause mischief. It is especially Professor Gibborn’s 11-year-old son William, fond of Zuzka, 17, a friend of William’s sister Irenka, who is always up to mischief. William, who takes the pills by the handful, causes trouble for Kingsley, the Professor’s assistant, who in turn fancies Irenka. The intended film’s humour stems from bizarre situations and misunderstandings caused by the acceleration (or slowing down of others).

It is very apparent that Czechoslovak cinema could have been made richer by a number of remarkable titles. They were often projects with a foreign contribution and a considerable proportion of special effects, which unfortunately fell through due to both changing political moods and their production demands. 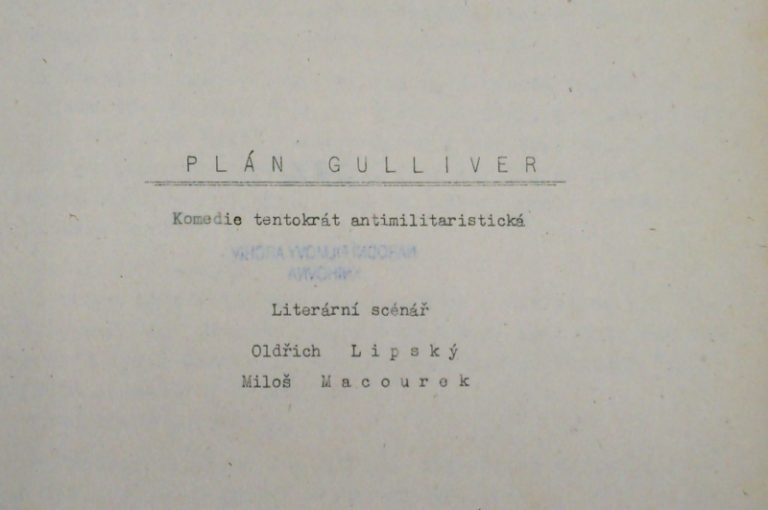 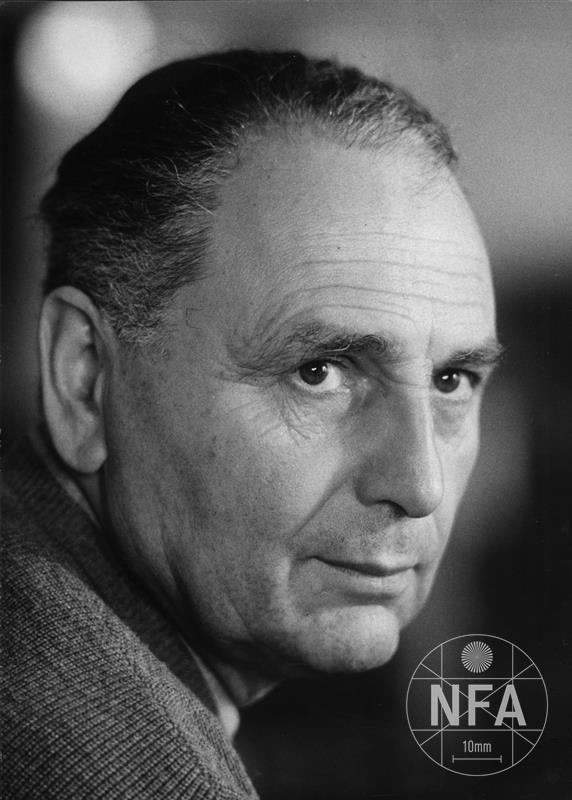 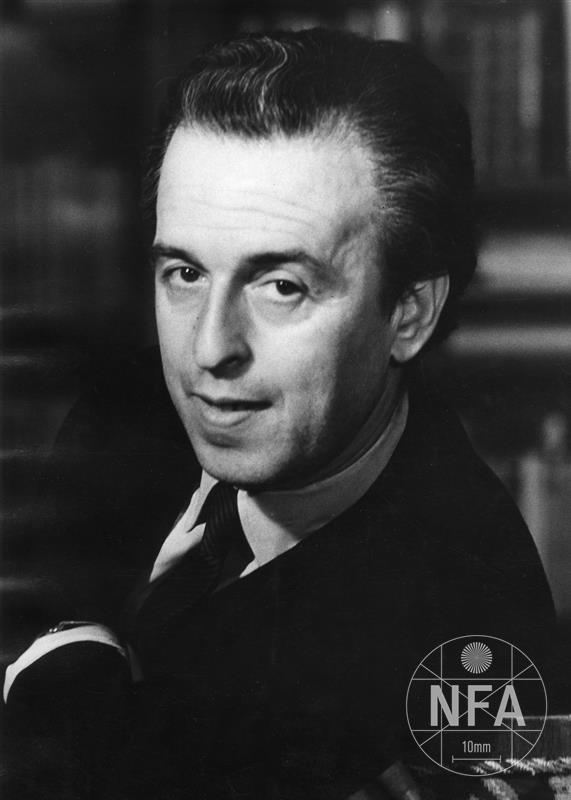 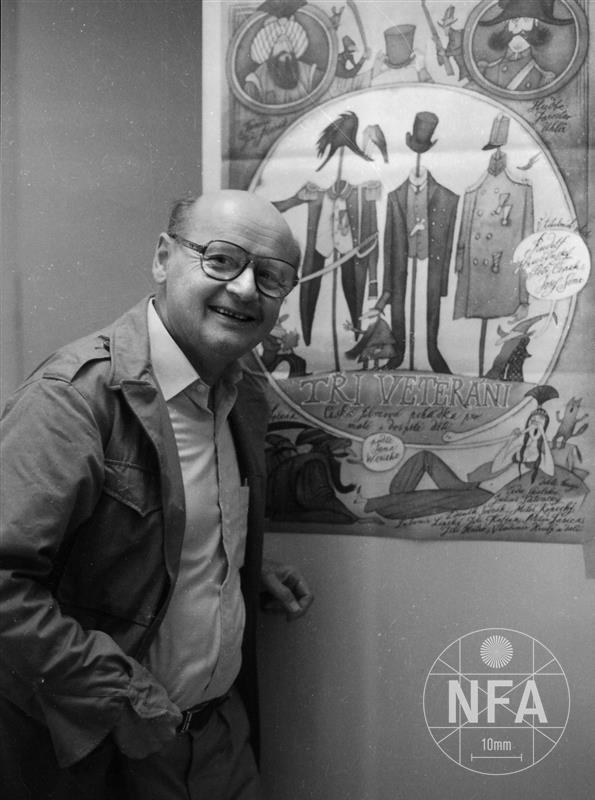 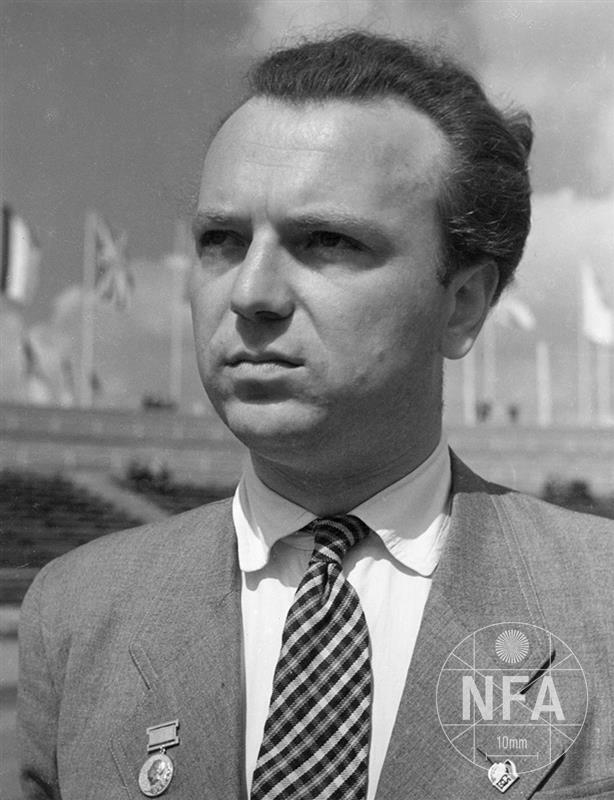 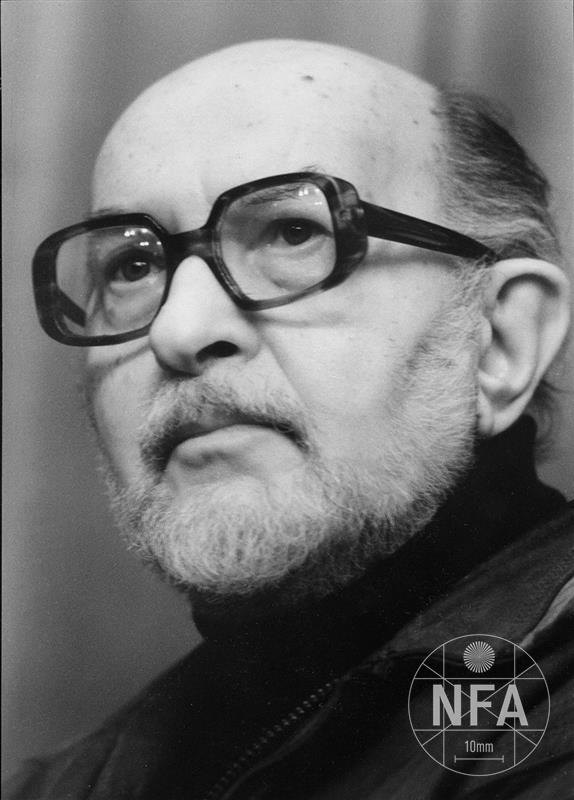