The first of what would become a series of legendary staged and animated films by director Karel Zeman, Cesta do pravěku (A Journey into the Primeval Times, 1955) is the story of four inquisitive boys who are transported back to various prehistoric ages. These pals wander by boat from the present back to the Ice Age, through the Tertiary and Mesozoic periods, and finally to the moment when the ocean first brought forth life. Along the way, these young heroes undergo a series of perilous adventures during which they closely observe the metamorphoses of the planet's flora and fauna that took place over millions of years – and of the Earth itself. The biggest attraction for viewers of this popular film are the prehistoric animal puppets, inspired by the illustrations of anthropological artist Zdeňka Burian in consultation with the palaeontologist Josef Augusta. A Journey into the Primeval Times won the Grand Prix at the Festival of Film for Youth in Venice and the Press Award at the Mannheim Week of Cultural and Documentary Films.

Little Jirka found a rock with a trilobite imprint on it in front of a cave, and wished to see this animal in reality. To do this, a group of four boys - chronicler Petr, photographer Toník, Jenda and the youngest Jirka - organized an expedition to the primeval time. They sailed through the cave in a little boat and soon had to dress more warmly, because they found themselves in the ice age. As the last ice floes disappeared, a mammoth appeared in the rich vegetation. The next day, the boys were intrigued by a beaten path by the waterside. They found unmistakable traces of life of primeval man in the cave: an abandoned fireplace and drawings of animals on the walls. Incredible adventures awaited them in the Mesozoic period. Giant saurian animals were fighting on the shore. The boys closely studied the body of the stegosaur, who died in the fight. Judging by the traces they discovered, their little boat was destroyed by a giant animal. They built a raft instead, on which they sailed to the Carboniferous period - time of the great horsetails, lycopodiums and insects. At the end of their journey, they found themselves on the coast of the Silurian Sea, where the entire life on Earth was created. 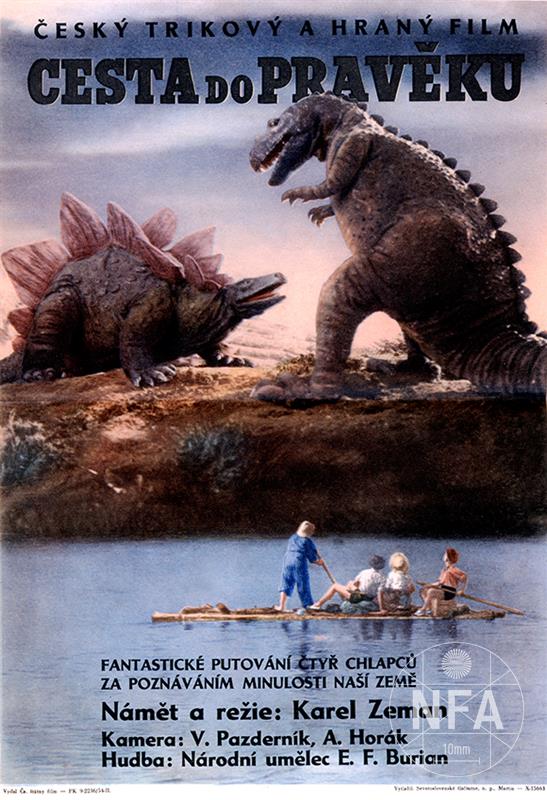 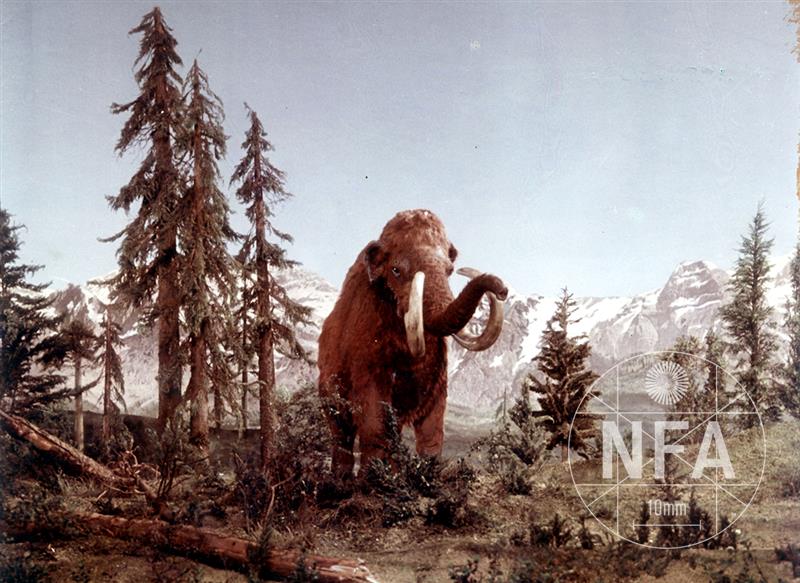 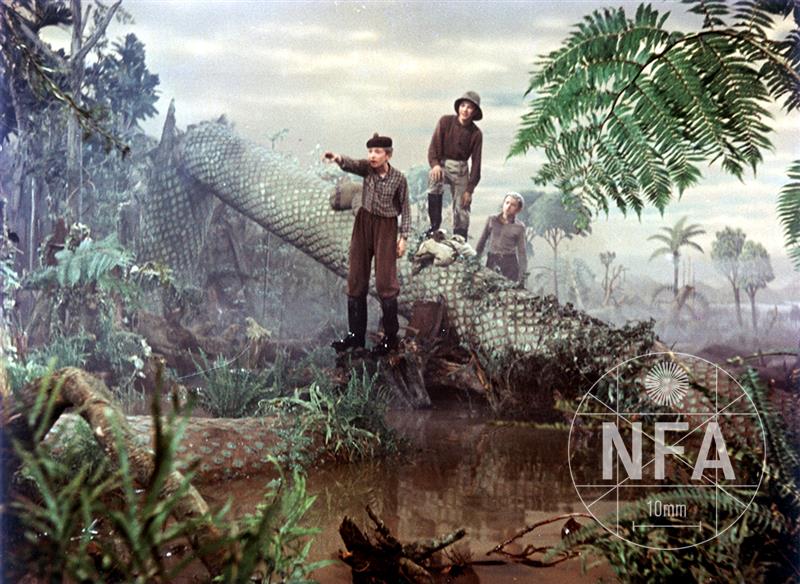 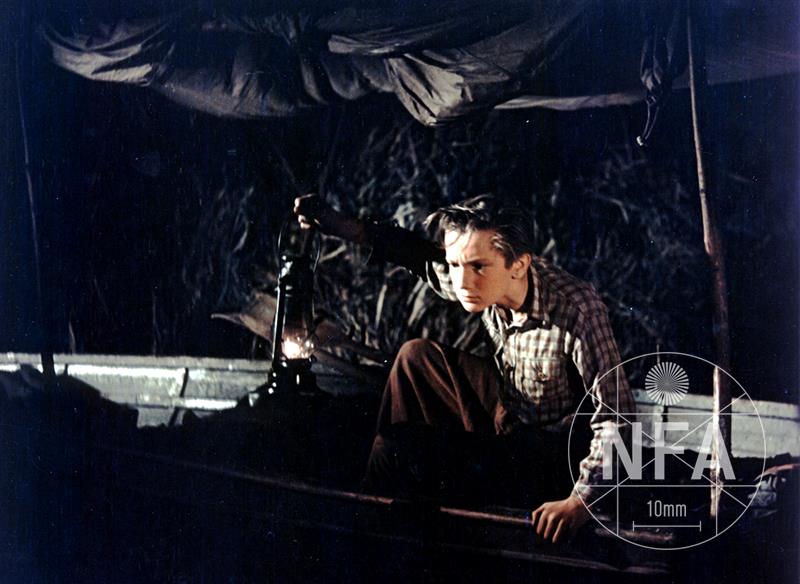