The screenplay Der Müll, die Stadt und der Tod by Reiner Werner Fassbinder was a model to a theatrical production adapted and directed by Dušan David Pařízek. He rehearsed the play with the theatre company of former Prague Chamber Theatre in Comedy Theatre. So the movie Garbage, The City and Death by Jan Hřebejk is based on this scenario and theatrical adaptation. The prostitute Romi isn´t very successful in her job. She is of too delicate nature for her customers, so the more her pimp Franz sends her to the street, the closer Romi comes to total collapse. Once, a real estate speculator, who calls himself a "rich Jew", addresses her. He doesn´t require sexual services. He just wants her to talk to him and he pays her really generously for that. But no one shares her so sudden happiness with her. Her colleagues and her current clients turn away from her, as well as Franz, who she is in love with. The entire story takes place in an environment of a crumbling city, where the politicians at redevelopment openly share the profits with speculators and lobbyists, all under police protection. 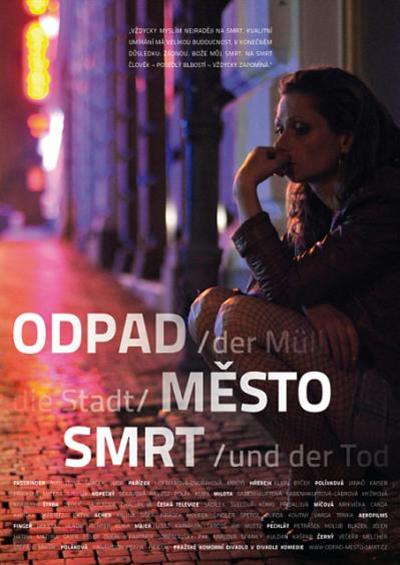 "I always prefer to think about death. A good dying has a great future, in the end: none. My God, death. You always forget about death-obsessed with stupidity."