Mountains are usually visited by those interested in winter sports - both beginners and advanced, skiers and sledge riders, as well as romantics who love the beauty of the white snow. Director Václav Táborský, however, has discovered yet another kind of guests in the Giant Mountains. Some of them ski, too, but some indulge in another activities. A prisoner with a ball on his leg finds a file for the bars in the Christmas cake but eventually finds out he can easily run away anyway, since his prison is made of just one wall. A young man struggles with a contrabass which he exchanges in turn for a violin, a small violin and eventually for a violin made of chocolate from Santa Claus. He eats it and falls asleep under a dry Christmas tree. A cow with a keg of rum saves him from freezing to death. A group of sportsmen with skis on their shoulders walks up the mountains in a queue from the smallest to the tallest and, upon getting to a refreshment stand, they eat everything available. The shopkeeper delivers children snow balls for a snow-ball fight. Two men get in a clash ending up in a duel and fence with big icicles. The defeated one is taken away, his beloved beauty has already a new admirer at hand... The day ends, the crowd of skiers returns with plaster on their legs, the bus leaves. 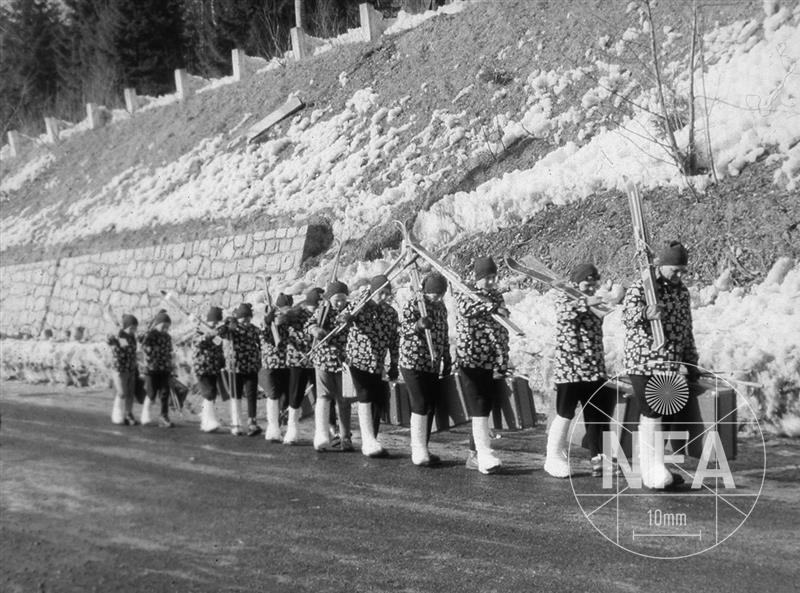 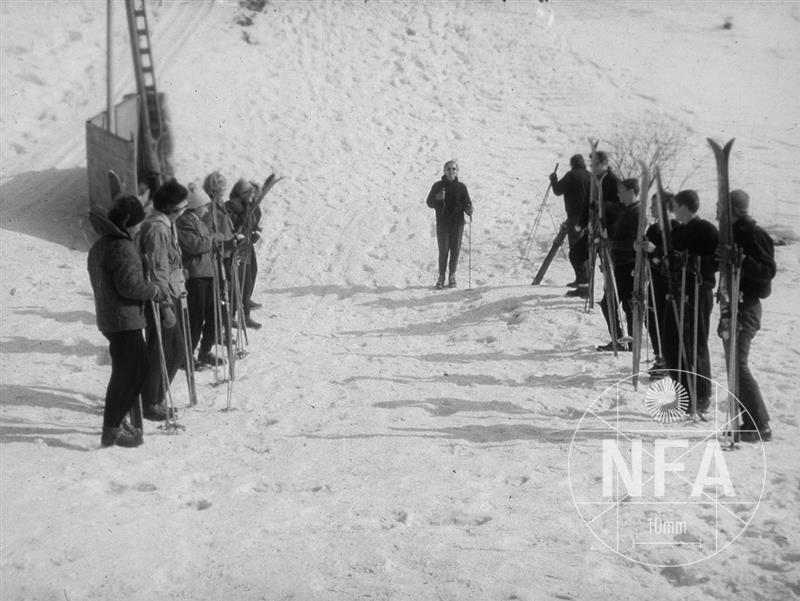 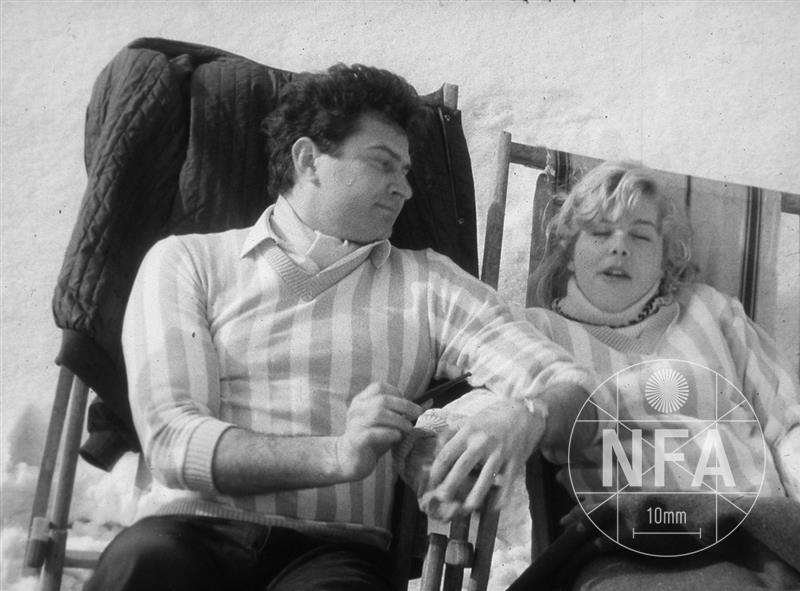 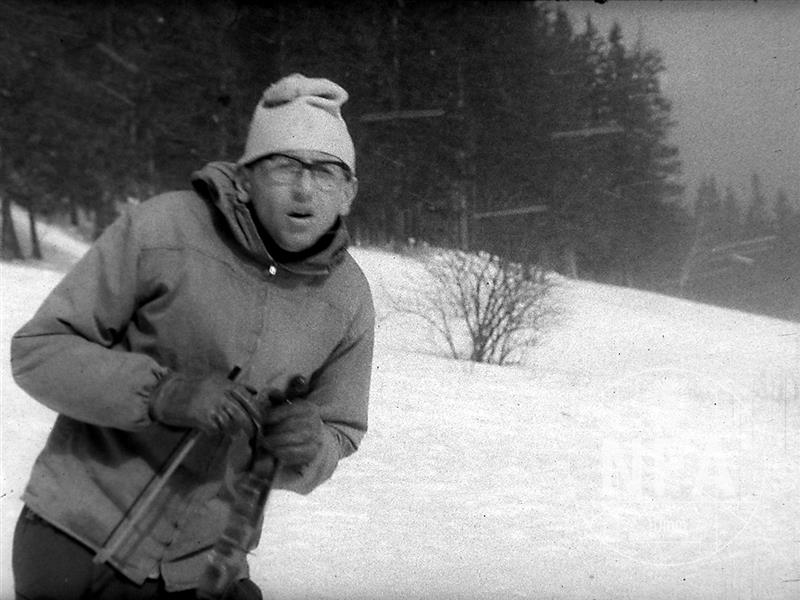