Screenwriter Ivan Passer, a collaborator of Miloš Forman’s, only made one feature film as director in Czechoslovakia. However, Intimní osvětlení (Intimate Lighting) (1965) is among the most highly rated Czech New Wave pictures. Unlike the films that Passer made after emigrating to the West, the unassuming cinema gem is an unalloyed example of a “non-genre”, casual approach. Nonetheless, the director and co-screenwriters Jaroslav Papoušek and Václav Šašek reaped the maximum from the meeting of two former conservatory classmates. The first of the protagonists, the worldly Petr, has remained in music in Prague and brings his young lover Štěpa on a visit to his pal “in the country”. The married Karel has long abandoned his creative ambitions. He heads a small-town music school, is finishing a house and plays at funerals. Instead of the traditional confrontation of two opposing approaches to life, Passer delivers a tragicomic mosaic imbued with subtle melancholy at the passing of time, dashed dreams and the incompatibility of the masculine and feminine worlds. Both heroes are outwardly successful and contented in their own way. However, boyish one-upmanship and envy gradually spills over into a shared if unattainable desire for change. The intimately stylised narrative capturing several hours of “preserved existence” emanates a self-evident joie de vivre, skilfully conveyed by cinematographers Josef Střecha and Miroslav Ondříček. The casting of non-actors led by Karel Blažek and Zdeněk Bezušek added to the authenticity of this penetrating, enduring and sagely affectionate look at 1960s Czechoslovak reality. The leads are matched harmoniously by singer and actress Věra Křesadlová (Štěpa) and Forman’s professional non-actor Jan Vostrčil (Černý Petr [Black Peter] /1963/, Lásky jedné plavovlásky [Loves of a Blonde] /1965/, Hoří, má panenko [Firemen’s Ball] /1967/, Svatba jako řemen [The Unfortunate Bridegroom] /1967/) as Karel’s father-in-law.

Petr and Karel, friends and colleagues from the conservatory, meet in the town of Tábor in South Bohemia after many years. Karel, nicknamed Bambas during his studies, works as the director of a music school. Petr is to appear as a soloist in a concert of an amateur symphonic orchestra. Petr is accompanied by a young woman named Štěpa. Karel brings the guests into his little new villa and introduces Petr to his whole family. The years of separation, however, have brought some uncertainty into the relationship between the men. The whole day is marked by minor faux pas which escalate during a common lunch. The menu consists of a hen which had been run over by Bambas's new car. Petr and Štěpa also take part in a village funeral where Bambas performs with his father-in-law in order to make extra money to finish the construction of the villa. It is only late in the evening when Petr and Bambas again become close over a bottle of sliwowicz. They listen to music, talk about their unfulfilled dreams, and, late at night, decide to "get out to the world there and play beautiful music". They soon get exhausted by the walk and thus decide to use the new car, but, being intoxicated, they fall asleep in the car. The next day, they wake up with a hangover. The grandmother serves her own "egg-nog". The drink is, however, so thick that it is even impossible to pour it from the glasses. 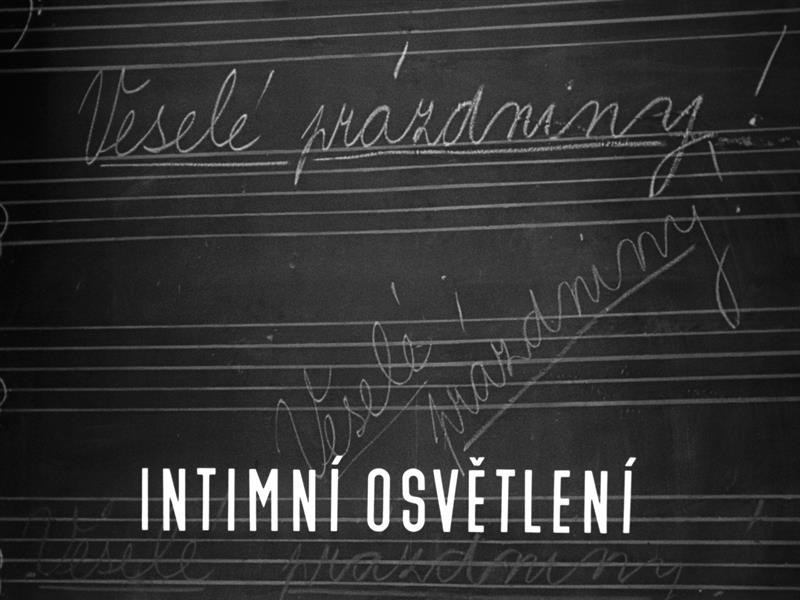 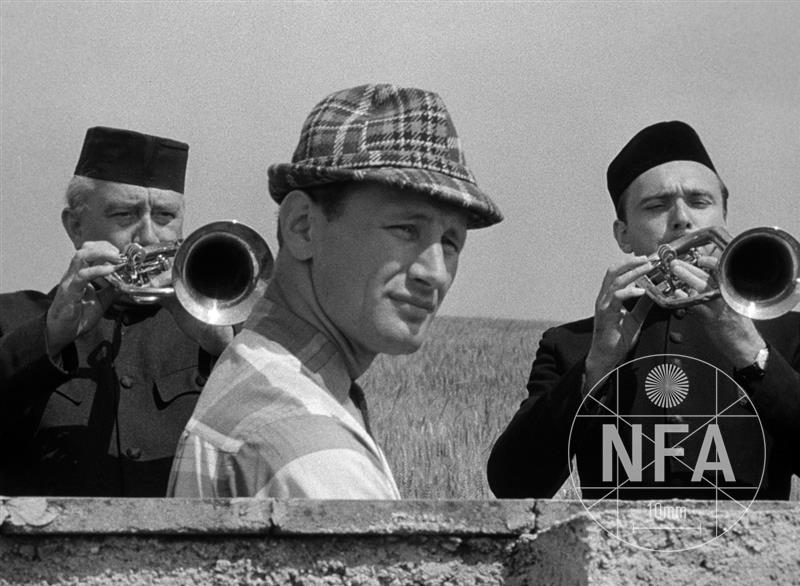 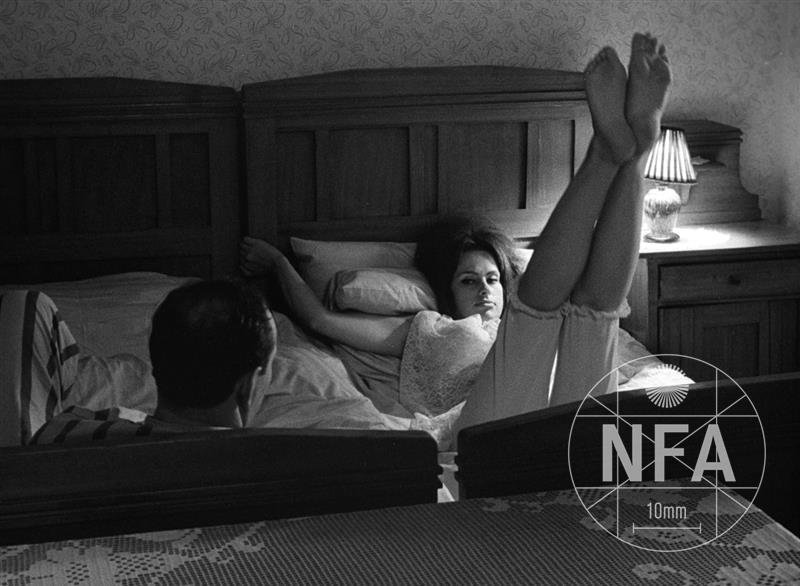 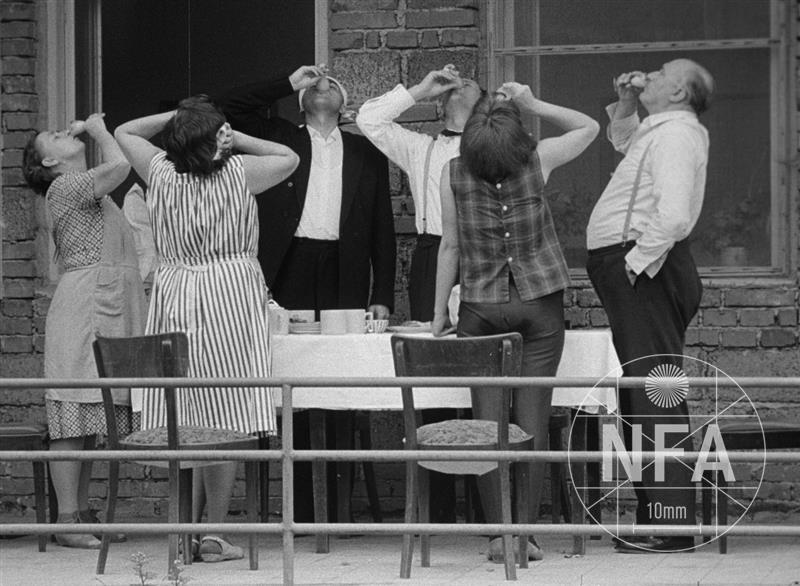 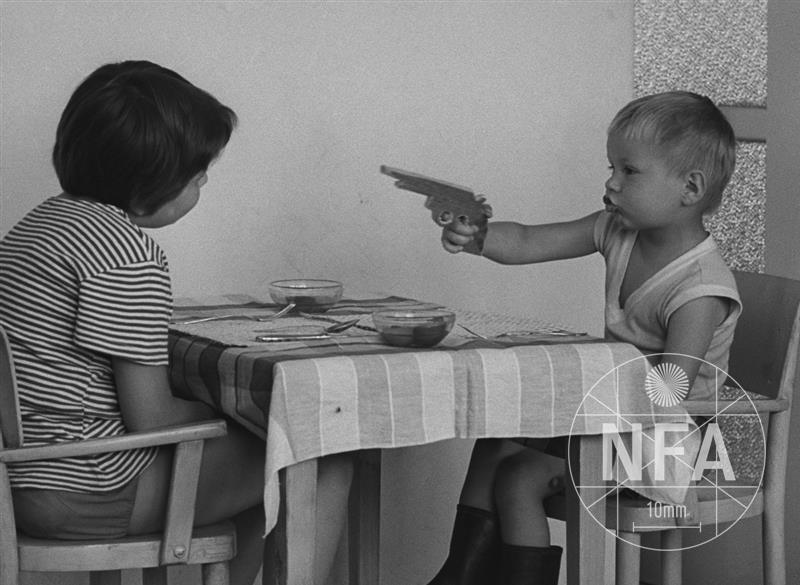 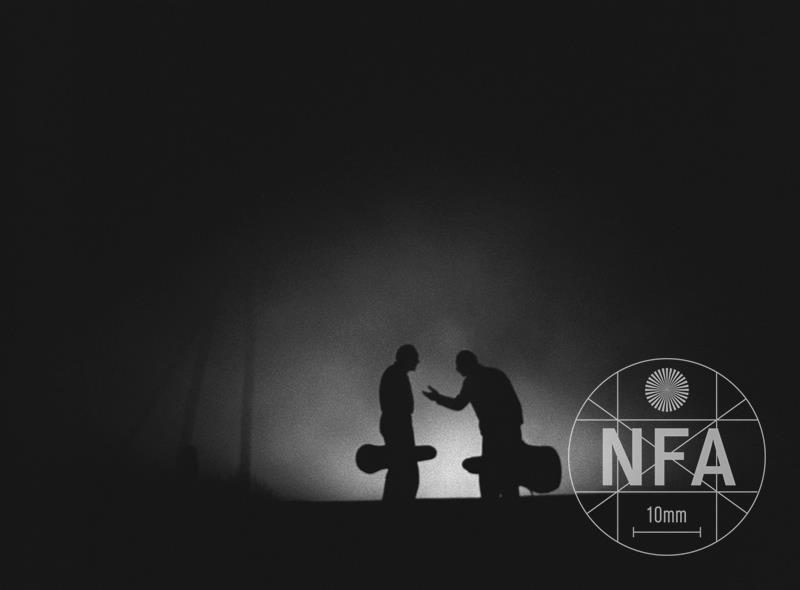