A single film is found against the name of dramatist, writer and theatre director Ladislav Smoček in the archives. That credit stems from Smoček’s conversion of his stage drama Piknik (The Picnic, 1965) for the silver screen. In making the film in 1967, he cooperated with seasoned film director Vladimír Sís. The low-budget rarity takes place on a Pacific island in 1945. In the middle of an impenetrable jungle five US Marines are searching for their Japanese adversaries. But a tension envelopes the soldiers. It is fuelled by the fear of the invisible enemy. A deepening paranoia causes the men to start mistrusting one another, following the disappearance of a sergeant… The motion picture, initially shot on a film set established on Žitný island in Slovakia, and at later stages in real jungle in Cambodia, boasts a star-studded cast (Pavel Landovský, Miroslav Macháček, Jiří Hálek, Josef Somr, Milan Sandhaus).

A tropical island in the Pacific, the year is 1945. A detachment of five American soldiers slog their way through a jungle overgrown with bamboo and liana vines. They are heading for the island's interior, in search of the enemy, the Japanese soldiers. As the evening draws near, they halt at a clearing surrounded by thick vegetation. The place could be a trap. As they search the surroundings they find a path. Perhaps it's the animals that made it, but it may have been the enemy. The soldiers are tired and don't want to carry on scouting, and the Sergeant Grackmiller sets off by himself. The rest of the men fall asleep, but they soon wake up and begin to talk. Their voices are apprehensive and alarmed by the unusual noise coming from the jungle. The ironical Smile disappears in the jungle to learn what is causing the racket. At first there is a sound of his steps moving through the jungle and then there is a strange sound, as if someone were dragging something along the ground. When Smile returns, his face pale, the suspicious Burda and Tall go into the bushes to investigate but find nothing there. Time passes and the sergeant does not return. In the distance, we see the Japanese squad noiselessly moving through the jungle. Rozden and Smile get drunk and begin to shout loudly, to sing and to quarrel. Tall suggests that Smile may have killed the sergeant. The others are tainted with his suspicion. They hurl themselves on Smile and nearly beat him to death. In the morning, the soldiers are heading back without the sergeant when the Japanese attack them. In a little while, the shooting ceases and dead silence falls over the jungle. 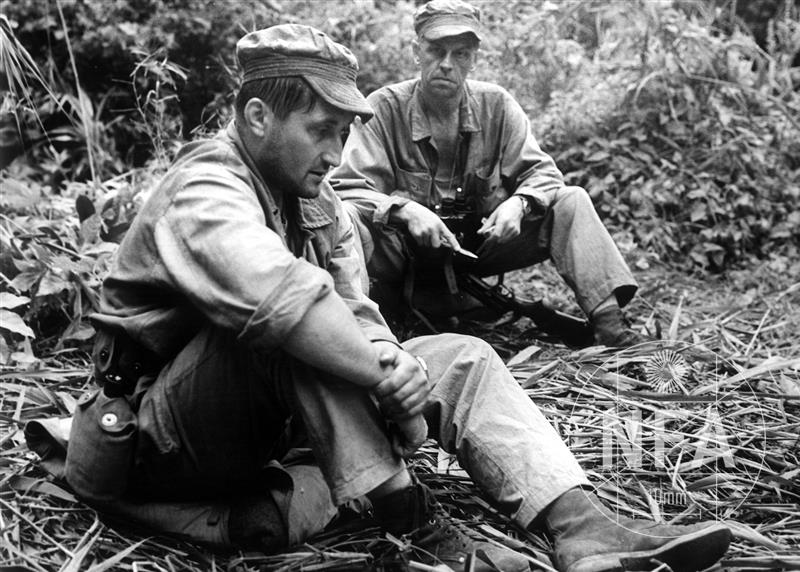 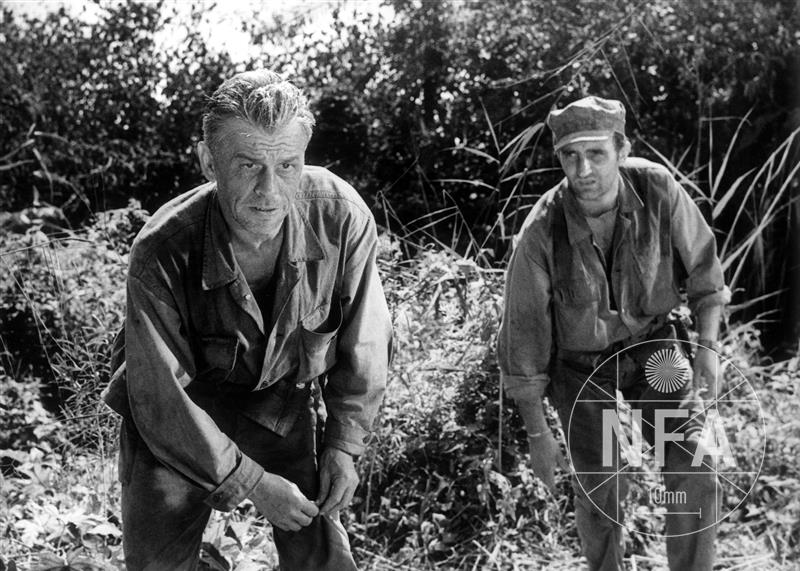 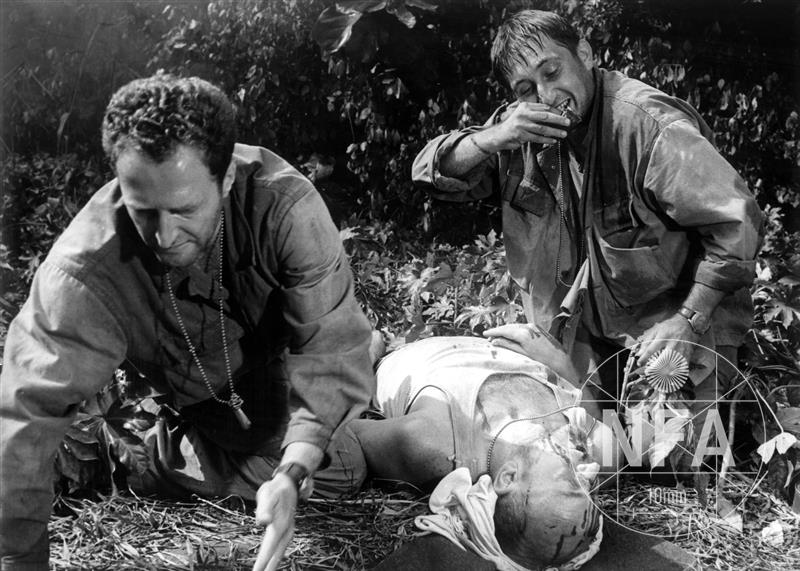