Five-year old Kája likes to play most anywhere where water is. And just as his mother dresses him into clean clothes, he is already dirty and his mum has to wash all the time. One day, mummy punishes Kája for his mischiefs and the boy thus decides to run away from home - he takes advantage of mother's momentary distraction and there he is, gone. But it soon begins to rain and the boy hides in the booth by the rafting-yard. There, he discovers Mr Tau, drenched with rain, who has the ability to change into a small man and vice versa with a help of a magic bowler hat. Besides that, he can do a lot of other magic. He wants to help Kája, but his bowler shrank in the rain and lost its effect. He sets off with the boy to take him home, but Kája does not know the address and, moreover, all houses in the housing quarters look the same. In the docks, they board the Nautilus steamboat and go for a trip. The captain of the steamboat calls for the police, which pursues them. But Mr Tau swirls his bowler, which has begun working and can do magic again. The steamboat disappears in the waves, transforms into a sailing boat and sails through the city, landing right under the windows of the flat where little Kája lives.

The film was distributed to Czech cinemas as part of the series Mr Tau Goes to School along with the feature film of the same title and the cartoon film Puzzle (directed by Zdeněk Seydl and Ludvík Kadleček).

The first (I.) series of thirteen medium-length films about Mr Tau was created in the years 1969–1972. It was first launched in cinemas, in series composed of two parts and accompanied by a cartoon movie (1. Mr Tau Arrives, 2. Mr Tau Gives Presents, 3. Mr Tau at the Mountains, 4. Mr Tau and Sunday, 5. Mr Tau Goes to School, 6. Mr Tau and Cold!, 7. Mr Tau and Claudia, 8. Mr Tau Will Handle It, 9. Mr Tau and Trip around the World, 10. Mr Tau in Circus, 11. Mr Tau and the Taxi Driver, 12. Mr Tau Wanted, 13. Mr Tau and a Thousand Miracles). In the Czechoslovak Television, the series was first introduced in December 1972. Due to its success, another thirteen parts (II.) were filmed in 1973–1975, this time intended exclusively for television (1. Mr Tau Returns, 2. Mr Tau and Robinson, 3. Mr Tau and Too Big Balloon, 4. Mr Tau and Dog Goaty-Dog, 5. Mr Tau and Family Celebration, 6. Mr Tau Goes to Work, 7. Mr Tau and Five Pears and Three Apples, 8. Mr Tau and Black Umbrella, 9. Mr Tau and Big Dog, 10. Mr Tau and Tree-Frog. 11. Mr Tau and Alladin Lamp, 12. Mr Tau and Golden Suitcase, 13. Mr Tau Leaves). The third (III.) and last (seven-part) series was filmed in the years 1977 and 1978 (1. Alert in the Sky, 2. Elephant Hunt, 3. Night at Safari, 4. Mr Tau and Woman-Magician, 5. Mr Tau at Pioneer Camp, 6. Mr Tau – And Which Is the Right One?, 7. No Magic from Tomorrow). On TV, the third series was introduced as a series in the original form and was edited for the film distribution into two feature films Alert in the Sky and No Magic from Tomorrow. The popular bowlered hero last appeared in the feature film Mr Tau, created by a German-Czechoslovak co-production in 1988. 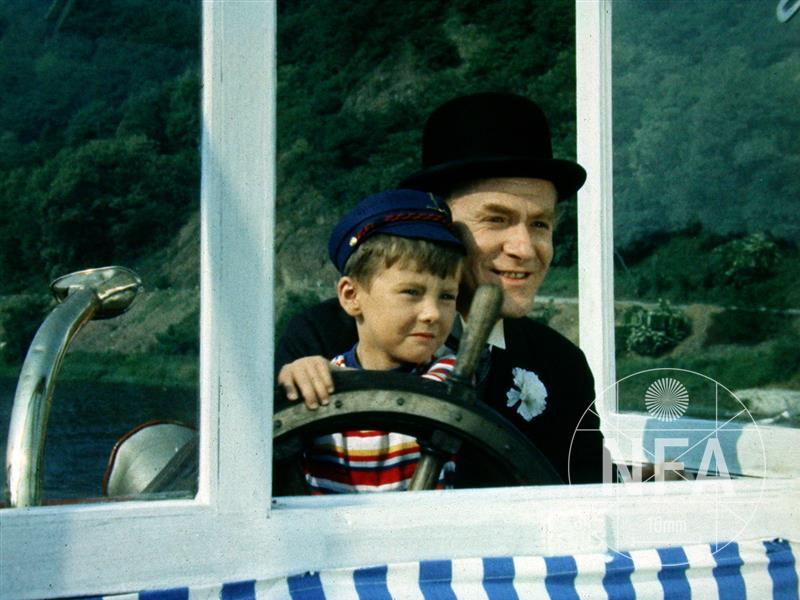 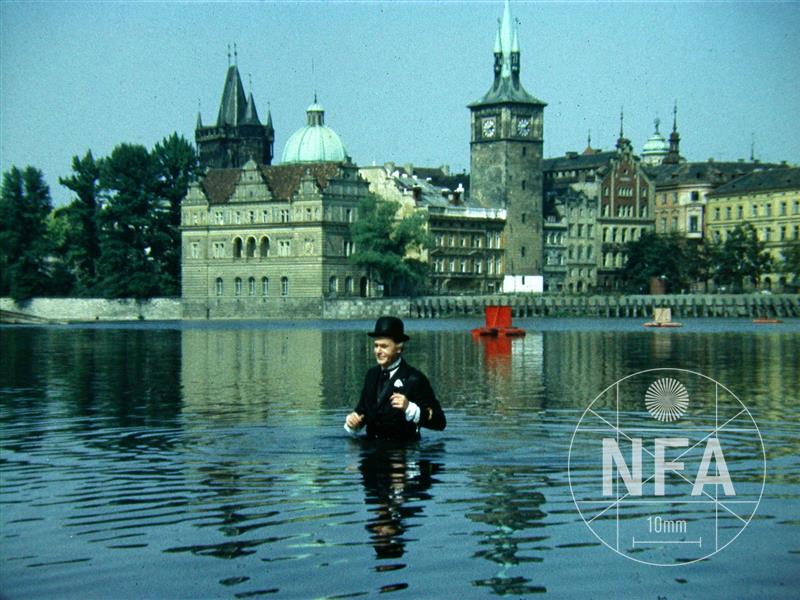 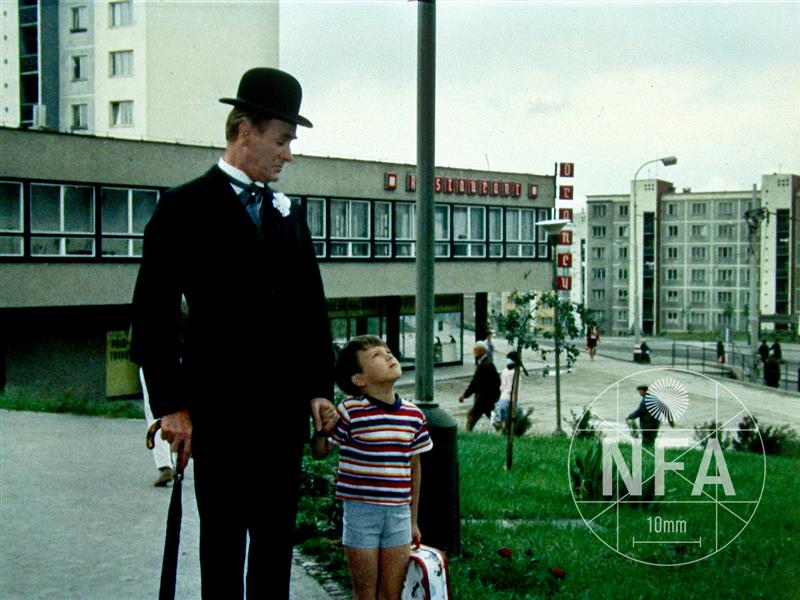