The screenwriter and director of films for children and young people Věra Plívová-Šimková created one of her most popular movies in 1970. The family film Lišáci – Myšáci a Šibeničák (Foxes, Mice and Gallows Hill) is – like the majority of her works – set in a village. The idyllic winter revelry of a group of boys from the highland settlement beneath Gallows Hill is interrupted by the rivalry of two rather wild teenage boys – the previous gang leader Jožka, known as Red, and the peculiar “incomer” Olda, nicknamed Mouse. The first of the boys, the son of a local gravedigger, has little chance against the son of the new chairman of the agricultural co-op, who fixes it for the members of the gang to go horse-riding. The conflict between the two rivals ends with the death of Mouse’s mare and efforts to keep her newborn foal alive… The narrative with adventure elements, co-written by František Pavlíček, is not lacking in suspense, in part because the profession of Red’s father evokes an air of mystery (communication with spirits, typical of the folk tradition in the foothills of the Krkonosše Mountains, even occurs). Scenes featuring horses in the wide open countryside create a specific mood. As always with director Plívová-Šimková, the child leads, hand-picked non-actors, contribute to the convincing atmosphere of the narrative. However, after extensive auditions for the role of Mouse the filmmaker plumped for the experienced Jan Kraus, who was then 17 and had appeared in her feature debut Káťa a krokodýl (Kate and the Crocodile) (1965). Opposite him she cast non-actor Zdeněk Tůma in the part of the second urchin and rogue, Red. Plívová-Šimková shot the picture in her home village and for several of the adult roles chose locals whom she combined with experienced actors and had dubbed. The film’s natural yet poetic look was produced by the then novice cinematographer Emil Sirotek, while its impressive score was the work of the renowned Zdeněk Liška.

Until recently, the children from a village at the foot of the Gallows hill have had a tacit leader in Jožka nicknamed the Gingerboy [Zrzek], the gravedigger's son. But now a new boy Olda, nicknamed Mouse [Myšák], has moved into the village. Thanks to his father, the head of the village co-op, he has access to the co-op's horses, which he can ride freely and which he looks after enthusiastically. All the boys who want a ride become members of the Mouse's gang and the Gingerboy finds himself alone. Barborka, the gamekeeper's daughter and his platonic girlfriend, is the only one to stay with him. Mouse takes advantage of his domination and forces the boys from his gang to bully Gingerboy. The boys are malicious and the ill-feeling between the two boys grows. Mouse is banned from riding after he plays at a corrida with the tame fawn Zuzik and the gamekeeper complains about it to his father. But more than anything else, Mouse fears for the life of the mare Sylva, who is expectant and whose life is at risk because it has a hernia. Barborka has a fight with Gingerboy and makes a display of her new affection for Mouse. At night, the gang wants to steal the raven that Gingerboy has recently caught, but they are overcome with fear at the graveyard. To make it even worse, Gingerboy catches Mouse and locks him in the morgue. The next day, Sylva dies giving birth to the foal. The unhappy Mouse is desperate to save the young foal. Gingerboy advises him to feed it goat's milk from grandpa Petárek. During their successful care for the foal Mouse and Gingerboy become friends and there is finally peace among the children in the village.

The Pavlíček´s authorship of the script was kept secret for political reasons. 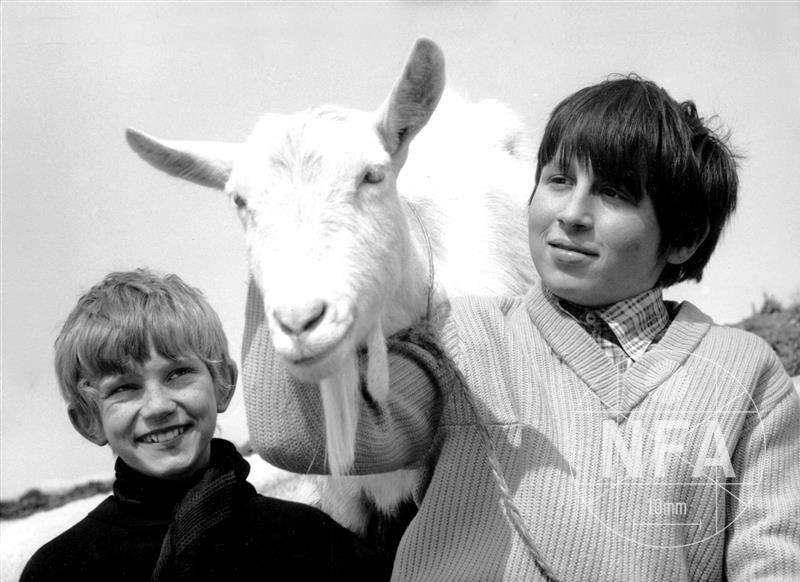