Gottwaldov Film Studio (now Zlín) became a creative sanctuary for František Vláčil during the early years of the “normalisation” era. But even there he was only able to shoot two medium-length films, starring child actors only. Nevertheless, forced to abandon artistic projects aimed at adult audiences, he stayed true to the values of his preceding work. Apart from the lyrical war drama Sirius (1974), based on a screenplay by Vladimír Körner (Údolí včel [Valley of the Bees, 1967], Adelheid [1969]), Vláčil created Pověst o stříbrné jedli (The Legend of the Silver Fir, 1973), a picture which takes its inspiration from a Beskid Mountains folk tale. As the tellers of the tale have it, anyone who performs a noble deed will see silver trees. For little Ondra, the legend comes alive when he performs chores for a gatherer of coniferous tree seeds. The boy helps him with his dangerous work. Fourteen-year-old Maroš Kramár stars in this simple, yet impressive feature shot by the director’s regular colleague, cinematographer František Uldrich.

According to one Beskydy Mountains legend, if you do a good deed you will see silver trees. Little Ondra knows trees like that. In his family's cottage hangs a picture showing silver firs, a person falling from a height and a watch. In art lessons Ondra paints trees of the same kind. - One day Lojzek Hojgr, a man who climbes fir trees to gather the seeds, comes to see Ondra's parents. Long-ago Ondra's father has had such a job and Lojzek is his long-time friend. Hojgr moves into a half-ruined wood cabin. Ondra's father takes him on a visit to Lojzek and both demonstrate the beautiful but dangerous work of seed-gathering to the boy. Ondra becomes Hojgr's assistent and they are getting on well with their job. Before climbing a tree Hojgr always takes out an old pocket watch. Ondra would like to try climbing, and despite having promised Ondra's father not to, Hojgr teaches him to climb trees. The old gamekeeper recalls Hojgr's father, who was killed by a fall from a tree. The picture that Ondra knows hangs on the tree in his honour. The frosty trees look like silver trees to Ondra, and he tries to climb up one. A branch of the fir breaks and the boy falls. Lojzek catches him in his arms. Ondrej is unscathed but Lojzek is seriously hurt and the old watch is broken. Lojzek's work has ended for the year and he has to leave. He does not say goodbye to Ondra, but nor does he tell anyone that Ondra was responsible for his injury. Perhaps next year he will return. 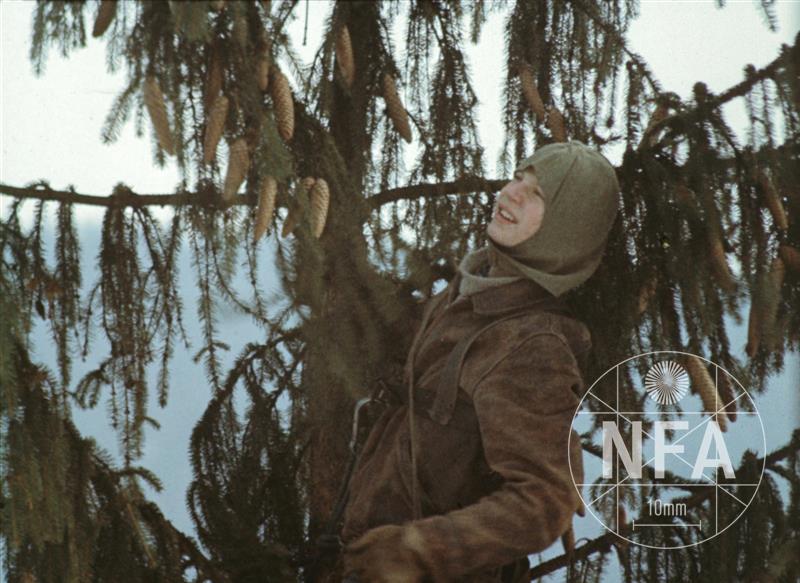 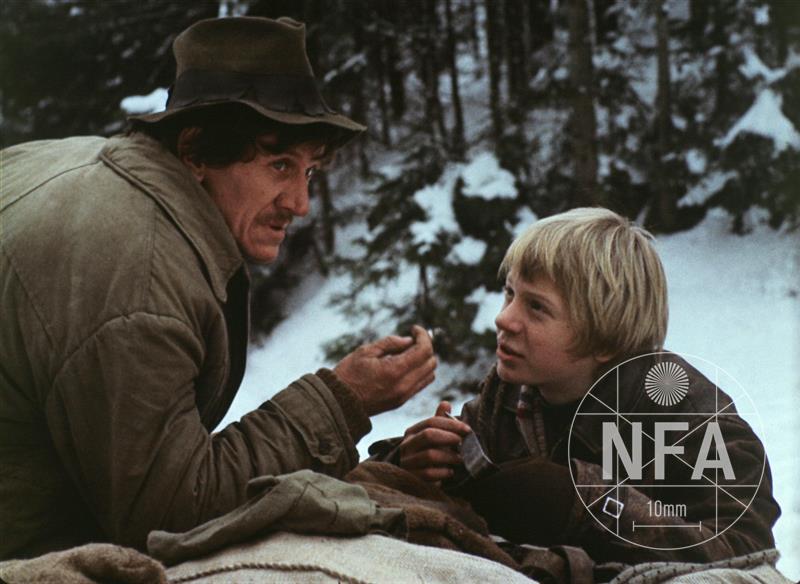 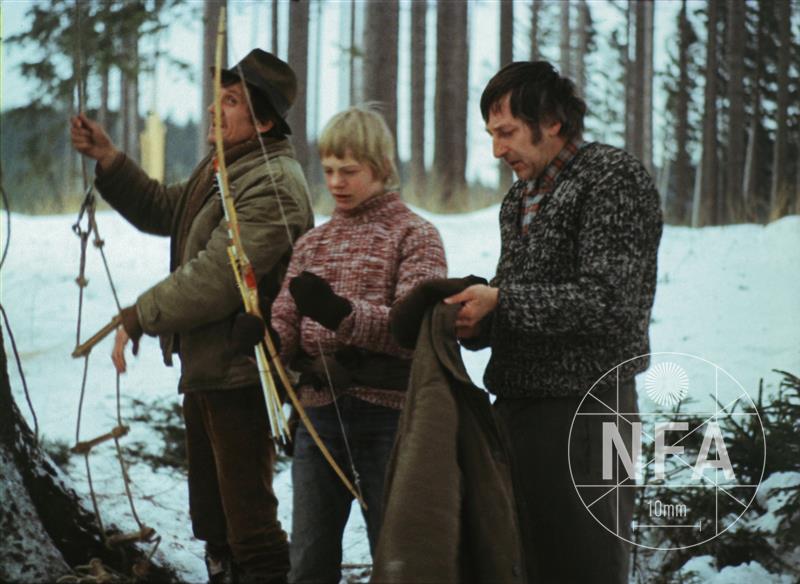