Stanislav Rudolf’s novels for girls provided inspiration for a number of Czech films. One of the most popular adaptations of the novelist’s work was 1981’s Kopretiny pro zámeckou paní (Marguerites For the Lady of the Castle).The film was helmed by the capable director Josef Pinkava. The heroine of the story, penned by Pinkava and seasoned scriptwriter Stanislav Petřík, is 15-year-old Katka Krásná. During the summer, she has to sell tickets at the box office at Krabonoš Castle, where her parents both work. Katka falls in love with Petr, a history student from Prague who is also working at the castle for the summer. However, he fails to pick up on her feelings. Lovelorn, Katka gets back at him by stealing two valuable exhibits from the castle museum. In the end she is forced to confess to the police and her parents. Petr begins to reciprocate the girl’s affections… Director Pinkava had considerable experience of stories featuring young protagonists (e.g., Prázdniny s Minkou [Holiday With Minka] /1962/, Kočky neberem [We Don’t Give Chicks a Lift] /1966/, Terezu bych kvůli žádné holce neopustil [I’ll Never Give Up Tereza for a Girlfriend] /1976/). He encountered Rudolf’s work in 1971 when he adapted the rewarding story of Metráček, an overweight schoolgirl. Pinkava conceived of Marguerites For the Lady of the Castle as a breezy summer story with likeable characters. The title role in the likable picture was taken by non-actress Sylva Julinová, with Jan Hartl playing the student Petr. Pavel Kříž, then 12, makes his screen debut in a small role, though his voice was dubbed by Roman Skamene.

Fifteen year old Katka Krásná lives with her parents in the Krabono castle. During the holiday she helps her parents, who work at the castle at the cash-desk. She is not much excited; she will not have time for her friends and swimming. Petr, a history student, comes to Krabono for a summer job and Katka likes the young man, but he does not pay any attention to her. Therefore, the girl keeps doing dirty on him and immediately the first evening she puts pepper in his coffee. Petr gets into trouble with Pavlua, a spoiled son of Těíks, who also work at the castle. Pavlua asks his pals to beat Petr up. Katka hears their talk and she runs to warn Petr. On the way she is held back by Pavlua, but Petr, who is also a judo-man, manages the hulks. He thinks that it was Katka who was supposed to be attacked. Even after this story, Petr does not understand that Katka fell in love with him. He takes two pots from the castle manager in order to clean them. Katka wants to take revenge for his disregard and she steals the pots. The loss of the pots is being investigated by police lieutenant Tyleček. During an interview, Katka confesses. Her father is embittered, only her mother senses the truth. Tyleček closes down the entire case and with a slight irony he even opens Petr's eyes. At night, Katka wakes up. Petr's tape recorder appears in the window, hanging on a rope with two daisies. All of a sudden, she feels happy. 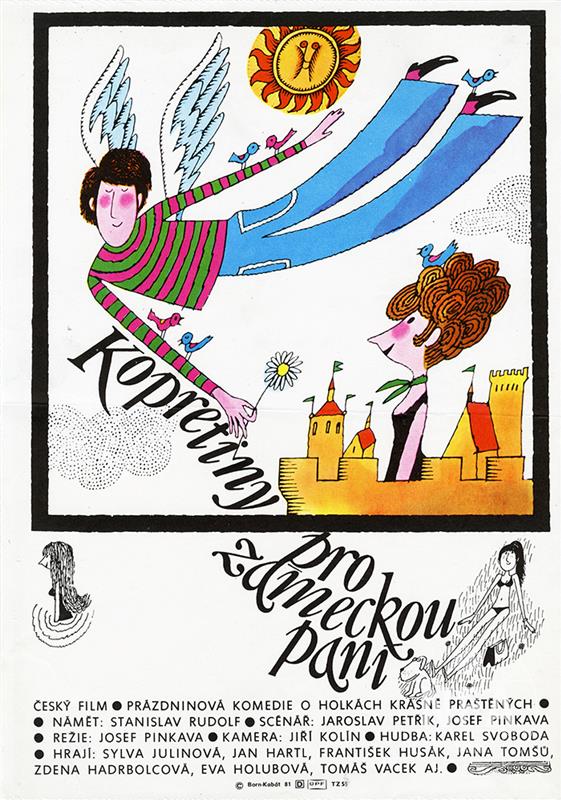 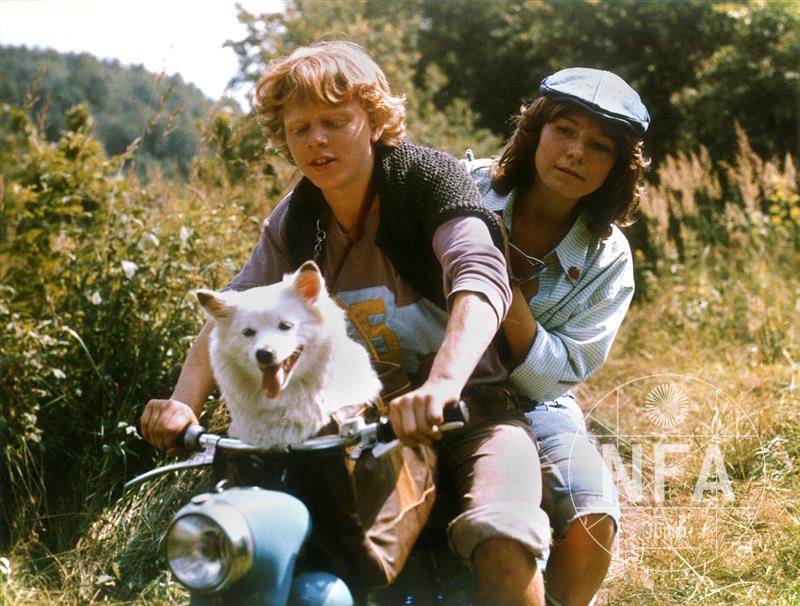 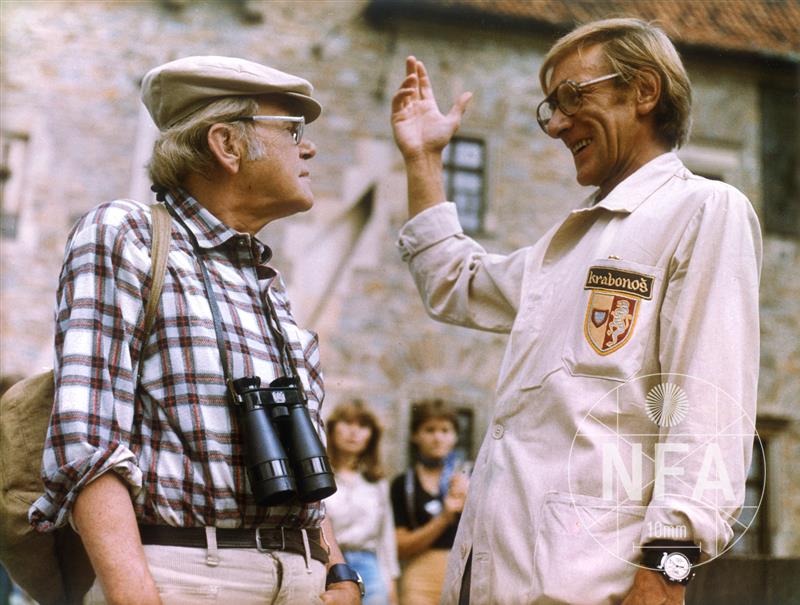 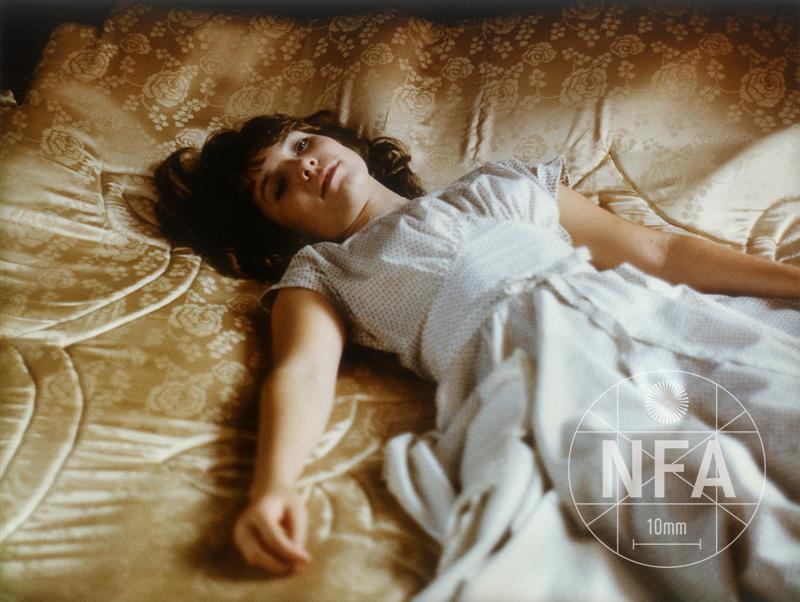