Director Vít Olmer endeavours to follow the enthusiastic response of the audience to his previous film Big Money. This time he chooses the theme of forced prostitution.

A young girl Renata escapes from a Roma gang. An investigative journalist, Egon Hoza, picks up Nancy Spacek, an American of Czech origin, at the airport. Nancy is working on a treatise on the independence of the Czech media. Egon starts his car with a non-functional ignition system, with the help of wires from the switching case. The zookeeper Malý, whose daughter Dita is missing, asks the journalists for help. Egon stops a Roma pickpocket from robbing Nancy but the woman's cronies pounce on him. He is helped by a former policeman, now a private detective, nicknamed Polda about whom Egon once wrote a laudatory article. Polda provides Nancy with lodgings. The journalist's wife Eva is a psychologist and she constantly reproaches her husband. In his search for Dita, Egon meets her friend Renata hiding in the ZOO and the girl tells him what happened. The two girls were kidnapped by pimps who violently forced them into prostitution. Egon takes photos of TIR juggernauts, prostitutes and pimps in a notorious car park in Rudná and the editor-in-chief only unwillingly agrees to publish a story about it. Egon introduces Nancy to the subject but the naive foreigner accuses him of racism. Polda joins the investigation and leaves for Rudná with Egon. Nancy, armed with Polda's gun, secretly follows them and saves them in their escape from the pimps by shooting into the air. But she herself is caught by the Roma. The boss of the gang, Judita, releases the American and offers to collaborate with her, handing her a video cassette with a porn movie as a sample. Polda reproaches Egon that he only had trouble due to his article and had to leave the police after November 1989. The three investigate a town neighborhood which is mostly inhabited by the Roma population. Egon pretends to be a lawyer of the "businesswoman" Nancy. The negotiations are interrupted by an attack by skinheads hired by Polda to cause a stir. Eva invites her psychiatrist colleague to deal with her husband and the outraged Egon moves away to the Polda's place. The pimps find Renata who betrays all she knows about Egon under pressure. They install an explosive charge on his car's ignition system but Egon does not use the starter. A prostitute called Squirrel, whom Polda recognized in the porn video, gives the investigators a lead to a run-down château which is just been sold at an auction and where the porn movies are made. The auction's winner, a gangster boss, considers Egon a possible future colleague. Egon spends a night with Nancy, but when the gangsters assault Eva he returns to his wife. He intentionally tells the Roma boss Judita that the seemingly honourable company does not invite its Roma "white meat" suppliers to its château party. At the party, Nancy and Polda find Dita making love to a German named Karl. But the girl does not want to go home because Karl has promised to take her to Germany. The uninvited Roma people appear at the party, and the ensuing quarrel grows into fight and then a shootout. Egon, Polda and Nancy run away. The Roma pimps want to leave in Egon's car but as soon as they start it, the bomb explodes. The château burns down. The editor-in-chief is willing to publish the article only with emendations. Egon understands why – he glimpses the boss who wants to buy their publishing house in the editorial office. The cop and Egon say farewell to Nancy at the airport. The demented and perverted murderer Fuko is waiting for them in the car park and wants to avenge his relatives but he falls victim to his infatuation – a reversing car crushes him as he masturbates into the exhaust pipe.

The literary model of the film became a real case, which Josef Klíma processed in the report Gypsy Crime (Cikánský zločin) for the Reflex magazine. 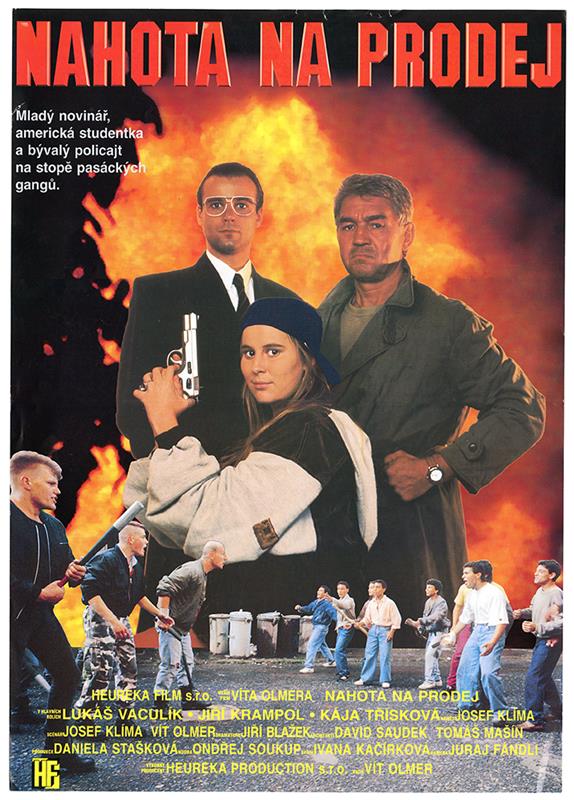 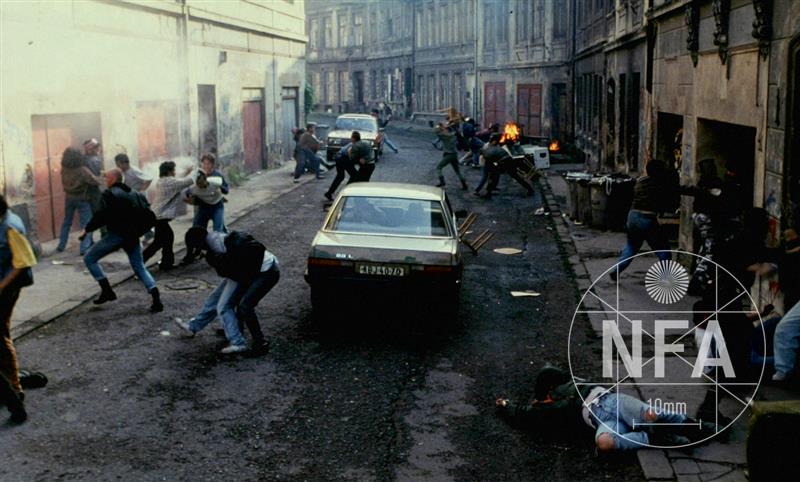 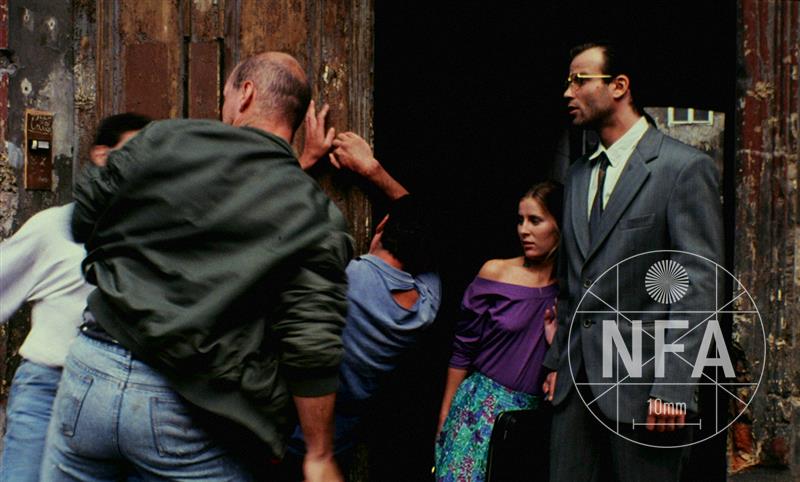 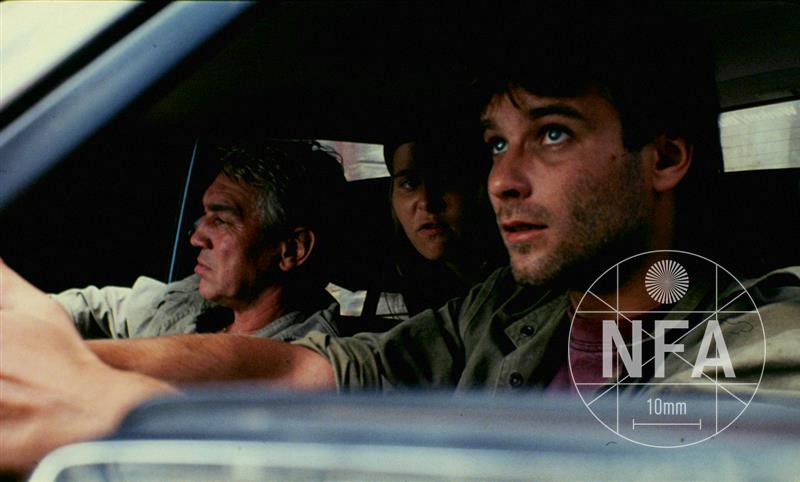 Out of My Sight

The trio of heroes traces for business with prostitutes.