One of the roles of Iva Janžurová’s life was as the heroine in Kočár do Vídně (A Carriage Going to Vienna), a psychological drama by director Karel Kachyňa and screenwriter Jana Procházka. The experienced filmmaking duo offered the then 25-year-old a role in 1966 that highlighted her dramatic skills in an intimate framework. Janžurová had appeared in the small part of Bertýna Petrželová in Ať žije republika (Long Live the Republic!) (1965), in which Procházka and Kachyňa also returned to the era of WWII, respectively its aftermath. In the spirit of the Czechoslovak New Wave, both pictures – along with the later Noc nevěsty (Nun’s Night) (1967) – radically revised the depiction of the country’s recent history. Rather than an overhaul of hitherto optics (the evil German, the good partisan), they introduced relativisation centred on a concentration on the individual and his experience of “big” historical events. The intimate nature of the story is underscored by cinematographer Josef Illík’s close camera work… In A Carriage Going to Vienna two fleeing Austrian deserters force young villager Krista to carry them through Znojmo and across the border in her cart. She agrees, spying a chance for revenge: The day before the Germans had as a deterrent hanged her husband and she aims to take the lives of the seriously injured soldier (Luděk Munzar) and his naive young friend (Jaromír Hanzlík). However, the situation plays out completely differently than she had planned: Despite her initial resolve, she cannot overlook the fact that the “culprits” are above all individuals, victims of circumstance just like her. The actions of a group of partisans bring the story to a brutal conclusion… This timeless story exploring the redistribution of guilt and revenge in a period of upheaval naturally soon ended up in the vaults of normalisation-era censors.

It is May 1945. The Germans hang the husband of a young countrywoman for stealing several sacks of cement, as an example to others. Shortly after laying her husband to rest, the woman is held up by two German-speaking soldiers who force her to hitch horses to her farm wagon and drive off with them. One of the soldiers is badly wounded and lies on the hay at the back, while the other, a young Austrian called Hans, asks the woman to take them through Znojmo to the closest Austrian village. The woman sees the situation as an omen and an opportunity to have her revenge. Expressionless and unresponsive to the young man's friendly chat about his hopes for the end of the war, she presses forward. The older soldier is in great pain and tries to kill himself. Hans takes the pistol away from him and the woman uses an unguarded moment to throw it off the wagon, as she already did with their compass and daggers. When Hans learns about this he kicks the woman out of the wagon but she continues to follow them, close as a shadow. The wounded soldier dies and the young soldier buries him in the forest and then falls asleep, exhausted. The woman sneaks up to the wagon unseen to kill the loathed enemy with an axe. She finally starts beating him with her fists instead. The two crazed people end up on the wagon, locked in each other's arms. Asleep, they remain like this when the partisans find them. Despite the woman's pleas, they kill Hans and then rape her. The woman leaves the forest, driving away with the dead body of the young soldier. 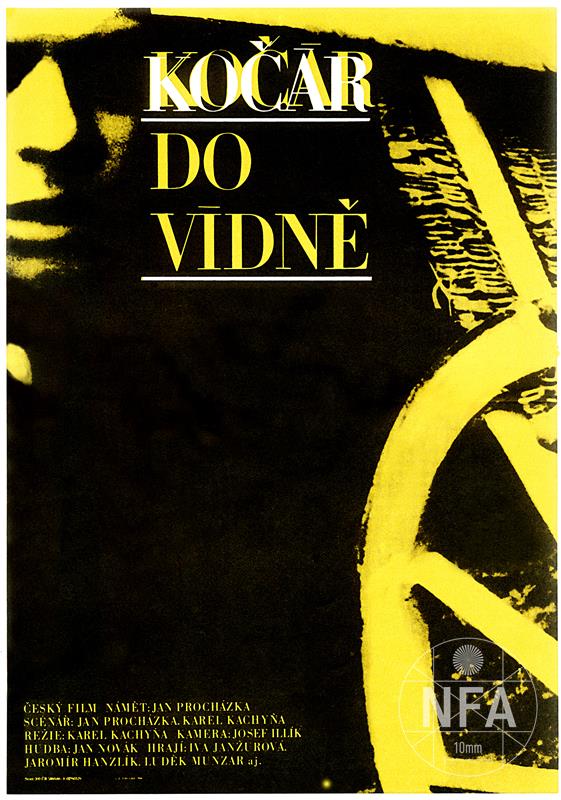