Early twentieth century history is the terrain of director Martin Hollý in this 1981 motion picture co-produced by the Barrandov (Prague) and Koliba (Slovakia) film studios. Noční jezdci (Night Riders) tell the story of former Czech legionnaires, who serve in border patrols on the Slovak-Polish border in 1920. Police constable Eda Halva (Radoslav Brzobohatý) arrives in a remote village to deal with local horse smugglers. The honourable war veteran gains a mortal adversary in Marek Orban (Michal Dočolomanský), who wants to use the proceeds from horse smuggling to move the entire village to America. Unfortunately, his hopes are dashed in a series of bloody skirmishes that turn out to be entirely needless in the light of later “big” historical events. Beautiful mountain locales, an unusual, almost western-like plot, and great acting performances feature in this genre drama.

It is shortly after the establishment of the Czechoslovak Republic. A veteran of the Italian legions, Halva, visits his former co-soldiers and recruits them for service at the customs post on the Slovak-Polish border. Accompanied by his wife Eva and twenty customs officers, Halva arrives at a village with only seventy inhabitants. They are welcomed by the burning building of the customs house. A group of five villagers headed by Marek Orban operates in the surroundings, smuggling horses from Poland. Marek has convinced all his fellow-citizens to move from the backwoods valley to the United States for work. They want to get the money for the passenger tickets by smuggling. In the local church, the priest teaches the villagers English. The arrival of the officers thus does not please anybody. People hurry with their departure. They did not sow the fields this year any more, they sold their cattle and killed the poultry. The excise officers build a new customs building, and even the smugglers get engaged. They are competent carpenters and they completely tire Halva's soldiers. The reason becomes clear in the morning - they drove another herd of horses across the border at night, right under the officer's' noses. Halva is in a rage and deploys guards everywhere. The excise officer Bílý catches Imro stealing food supplies, but the hot-tempered smuggler shoots him dead in an ambush for having been "ridiculed". Imro's wife delivers a son. The schooled hospital attendant Halvová makes the midwife wash her hands with disinfectant. The child, however, dies overnight and the superstitious villagers accuse Halvová of its death. The desperate woman leaves for Prague. One horse after another meanwhile dies in the steep Black Dale where no guards were installed. The remaining animals are shot by the humiliated Halva. The dream of going to America vanishes. The smugglers disappear from the village after a fight between Orban and Halva where neither of them is the winner. The villagers set off to a procession to Poland. On the way back, they smuggle vodka in a sculpture of the Virgin Mary. Marek's group with horses wants to pass across the border behind them in alignment. Five people die in the ensuing shootout: three smugglers and two excise officers, and only Orban manages to escape. The massacre has quite an ironic ending. The village and its environs are surrendered to Poland according to the great powers' treaty. Halva's unit leaves. Only the tireless Marek Orban has no idea that he now smuggles horses from Poland to Poland. 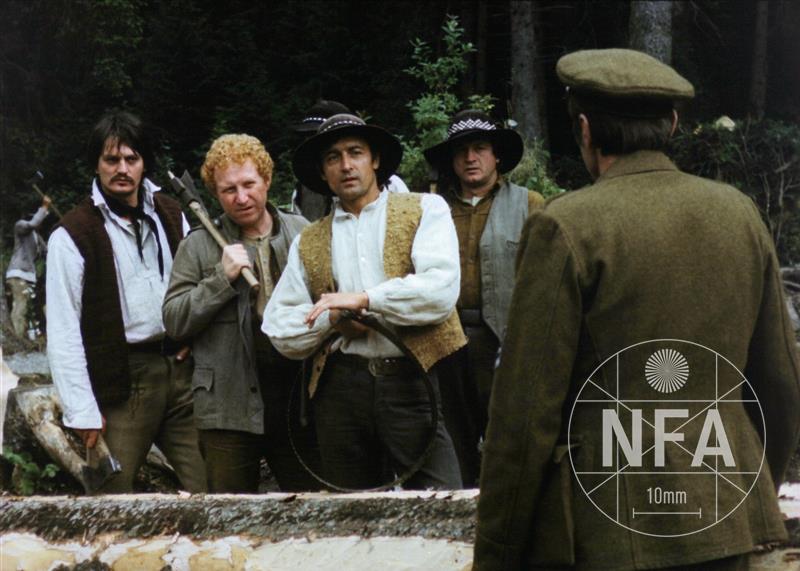 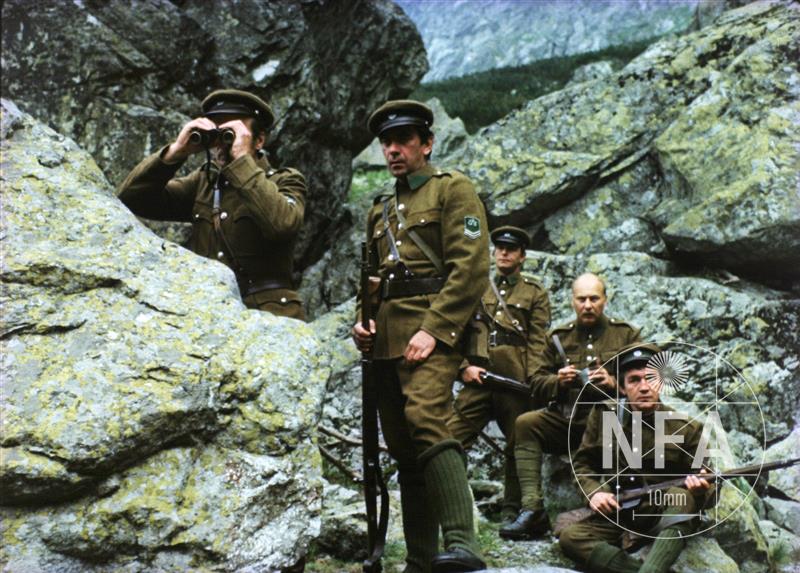 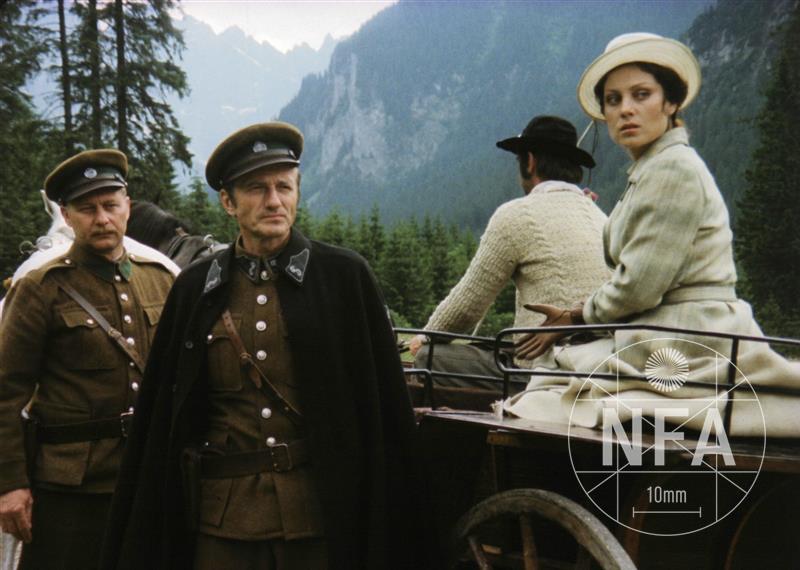