It was not only the feature films of famous directors that ended up in the censors’ vaults during the “normalisation” period, student works arrived there too. One example is the negativistic satire Evžen mezi námi (Eugene among Us), made by FAMU student Petr Nýdrle in 1981. It wasn’t until 1990 that the film, starring Jan Kraus, made it to the cinemas. The hero is a naive country boy who comes to Prague to become an artist. Instead of a career as a non-conformist poet and writer, he very gladly settles for the post of a valued author of half-witted, pro-regime song lyrics. Despite having lost a lot of its provocativeness over the years, the film remains a bitter testimony to the times and showcases the good acting form of Kraus and Jiří Bartoška. Eugene among Us also has commemorative value in that some members of Prague’s Bohemian set of the time flash by on screen, mostly in self-styled cameo roles.

Evžen Les lives in a village with his father and older brother who vainly attempts to study law. Evžen longs for a different life, and he thus packs his suitcase one day and leaves for Prague. He has no relatives or friends there, and he thus finds a shelter in a cemetery in the evening to spend the night. Although he is ready to return to his village the next day, he meets the drunken prostitute Berta at the railway station. Berta takes him to a party of intellectuals and then to her place for the night. But he is thrown out by Berta's mother in the morning. Evžen must again depend on the cemetery. This time, however, he is caught by the assiduous pensioner Koutný who takes him to a police station. As soon as Evžen is released, he returns to the cemetery to get his things and meets a nice young gravedigger who not only feeds him but also lets him stay in the gravedigger's shed. Evžen finds himself a job, starting as a road sweeper, and tries to write poems. He does not get far with them, and thus decides to write song lyrics. The lyrics committee turns them down, but Evžen does not give up. Observing life around him, he tries to discover what would quickly bring him success. One day, he receives an offer to write the lyrics for a song about pioneers. Evžen hesitates for only a moment. – The television broadcasts a big concert, and its lyrics star Evžen does not mind at all that his lyrics are silly. He goes to the gravedigger to show off a laudatory magazine article. But the gravedigger already has his own opinion on Evžen's success and dryly tells the young man that his place has already been occupied. A dead person has just been buried on the spot where Evžen recently spent his nights.

Film Eugene among Us was created as a graduate´s film at the Film and TV School of Academy of Performing Arts in Prague (FAMU) between 1978 and 1980 at the Department of Camera (it was the diploma work of Petr Nýdrle, Martin Vadas and editor Jan Petras). The closing subtitle mentions that the FAMU management promised the authors in 1980 to give it a screening. This effort succeeded only after students´ strike in November and December 1989 – the film came to distribution in 1990. 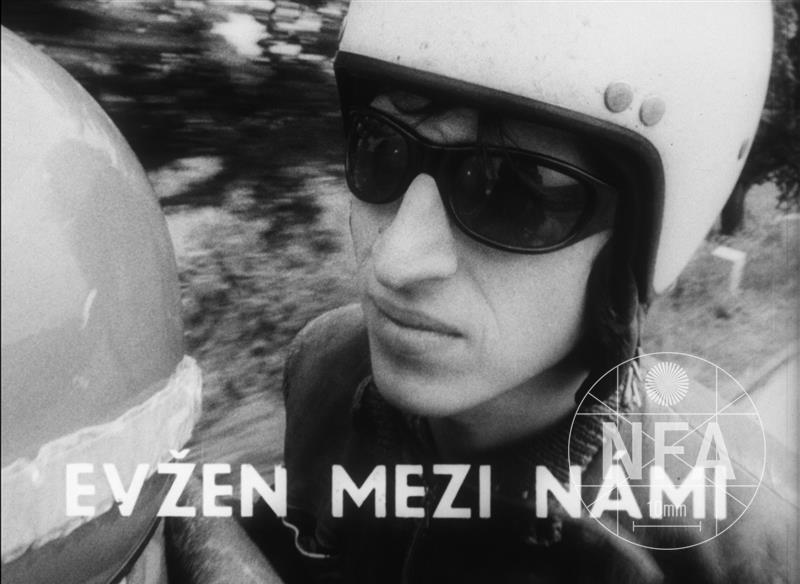 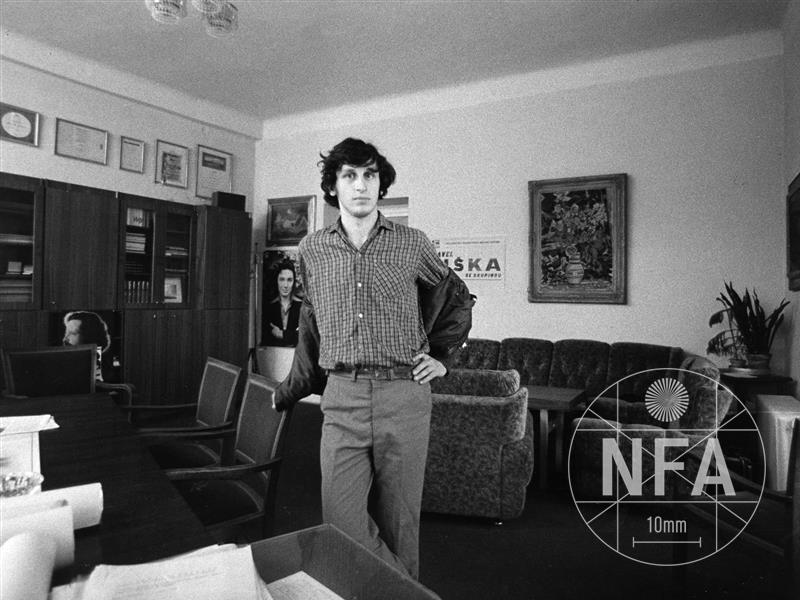 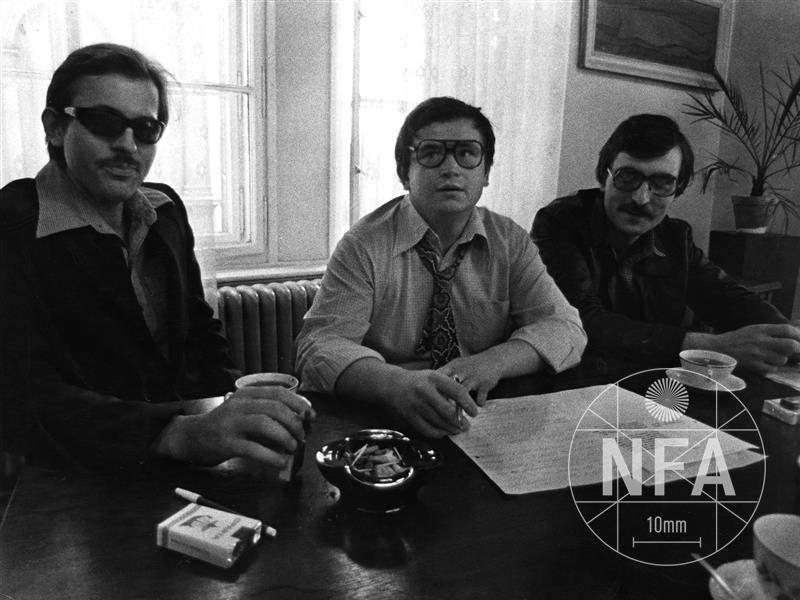 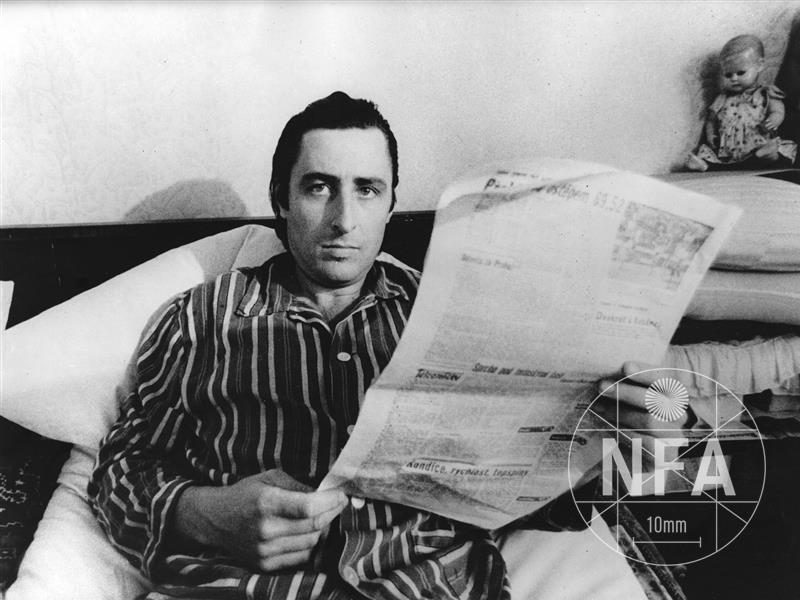 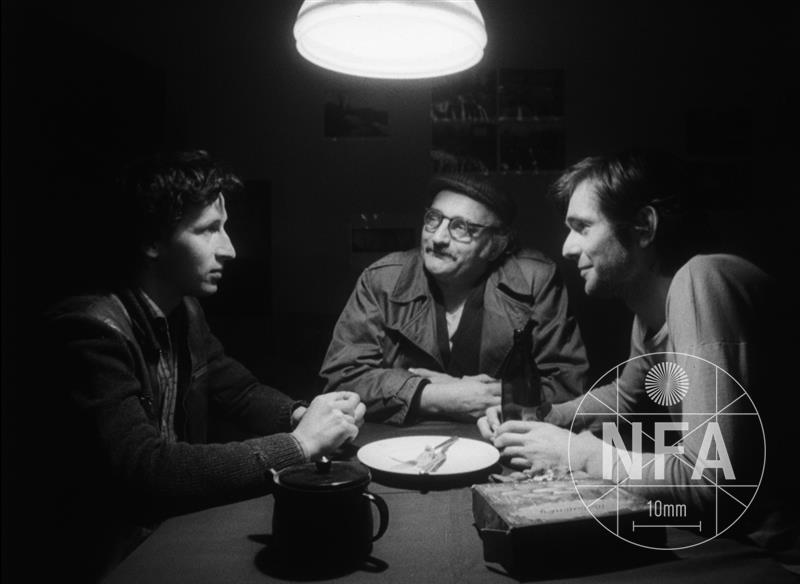