In 1983, director Václav Gajer ended his filmmaking career with a wartime story of two young village boys, who in the spring of 1945 experience many adventures with their new-found friend – partisan Jan. During the 1970s, Gajer achieved renown for a film trilogy about an inquisitive Prague boy, experiencing holiday-time adventures while living with his grandfather-guardian (Pod Jezevčí skálou – Beneath Badger Rock, 1978; Na pytlácké stezce – On the Poacher’s Path, 1979; Za trnkovým keřem – Behind the Blackthorn, 1980). The escapist adventures continue with this adaptation of a work by Bohumila Říha. As in the trilogy, the nine-year-old central character is called Vašek – and also embarks on new adventures from a gamekeeper’s lodge. But instead of poachers, the young boy and his friend Dušan (David Strupek) encounter some malicious German snipers. Czech actors Jaroslava Obermaierová, Vítězslav Jandák and Jana Švandová join a cast also featuring Russian and German actors.

It is the spring of 1945. The nine-year old Vaek Boček lives with his parents in a gamekeeper's lodge outside a village. The father gamekeeper decides that they must escape to the mountains before the approaching front. They send Vaek to get their aunt, and the family with its cow then settles in an abandoned hayloft on the hillside of Skalka hill. The parents continue to the mountains to meet the partisans. Vaek, shepherding the cow, runs into the parachutist Jano and brings him for lunch to the hayloft. Jano's mission is to watch the moves of the Germans in the valley from the hill. In the afternoon, Jano brings over the boy Duan whose father was taken away by the Germans to dig trenches. The aunt decides that Duan should stay with them. The roaring of canons betrays that the front is getting closer. Jano, helped by the boys, digs a dugout shelter and orders everyone to move in there. Although forbidden to do so, the boys climb up Jano's observation post and must take cover from the German snipers. Jano shoots them. Soldiers and partisans come to Skalka, with Vaek's father among them. They prepare for a decisive attack. The boys, hidden in the dugout, listen to the shooting. But all of a sudden, it is quiet, the fighting is over. The partisans bring over the wounded including Jano. The boys look for the cow and find her by their demolished gamekeeper's lodge. The cow, however, steps on a mine and explodes. Although the village is burnt down, its inhabitants are happy - there is finally peace. Daddy comforts mum - they will build a new, more beautiful lodge in the time of peace. 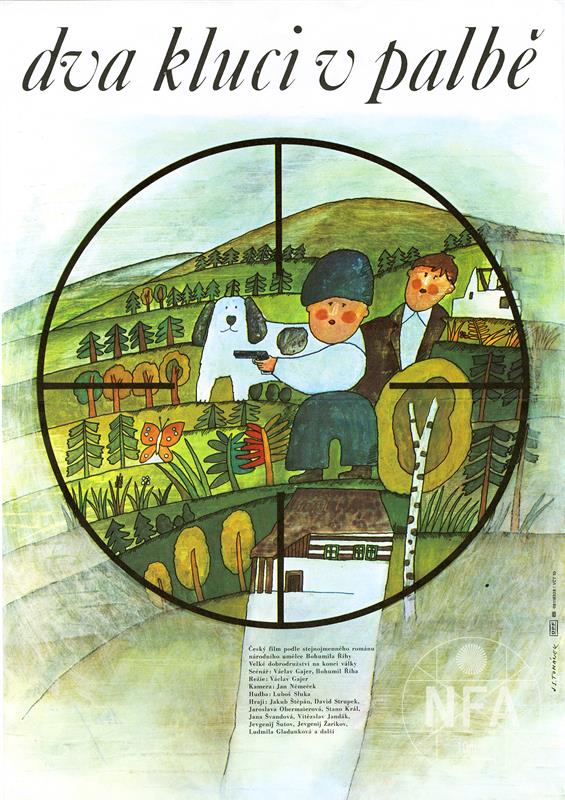