This penultimate film from director Radim Cvrček is a modern comedy fairytale that tells the story of the holiday visit of a young girl Tereza (Katka Šulajová) to the countryside home of her grandparents. Grandfather Ferdinand (Rudolf Hrušínský) is something of a Jack-of-all-trades. He crafts some wooden model ghosts for his granddaughter to play with in the garden. But one of the ghosts, Cvikýř, comes to life, and helps our heroes mete out some well-deserved justice to the nasty nouveau riche villager Napakunk (Josef Somr). Cvikýř also helps Tereza’s grandfather to fulfil one of his dreams – to fly in a hang-glider... This somewhat over-laboured 1987 story comes by way of screenwriter Eduard Pergner, who also penned the teenage comedies Discopříběh and Discopříběh 2 (Discostory, 1987, and Discostory No. 2, 1991) for director Jaroslav Soukup. The voice of the ghost Cvikýř is provided by noted actress Jiřina Bohdalová.

The village jack-of-all-trades, old man Ferdinand Malý, vainly keeps trying to fly from his roof to a pile of hay. He is firmly convinced that one should fly upwards at least once in a lifetime. But his old wife Malá has to tend to him after each attempt. It is the summer holidays and the old man escorts their granddaughter Terezka from the railway station. The old man refuses to carve a fat daughter Pepina for her father, the village parvenu Napakunk, claiming that he does not have a thick enough piece of wood. Napakunk cuts down the old man's linden tree and brings it in front of his cottage. The old man is outraged and carves a comical sculpture for Napakunk. Napakunk then gets his revenge by destroying all the bogeymen which the old man had ever carved for Terezka so that she would be frightened in the garden. Terezka manages to save only one bogeyman called Cvikýř, who comes to life during her lullaby. It has magical powers and moves Napakunk's plaster dogs onto the roof of his villa and then into his marriage beds. While repairing the black paint on the dogs, Napakunk empties the bucket with paint on Terezka's head and the blonde turns into a black-haired girl. Napakunk keeps stealing from people. He takes advantage of the driver Vilda's desire to catch a pike and throws a stick of dynamite into a pond. Although Vilda does not catch the pike, the two men get stuck in their car which sways over a steep slope. The little Míša runs for help. Napakunk is scared and promises to change for the better. The two men are saved with the help of the bogeyman Cvikýř, but the creature falls ill, exhausted by its good deed. Vilda brings some tubes to old man Malý to build a new hang glider. The old man indeed flies upwards with Cvikýř's help. Napakunk really reforms and Míša will probably have a new father – Vilda. Terezka must leave and vainly looks for Cvikýř. She is, however, saved from the guard on the train by somebody and her blond hair returns. Cvikýř is riding on the buffer of the last carriage. 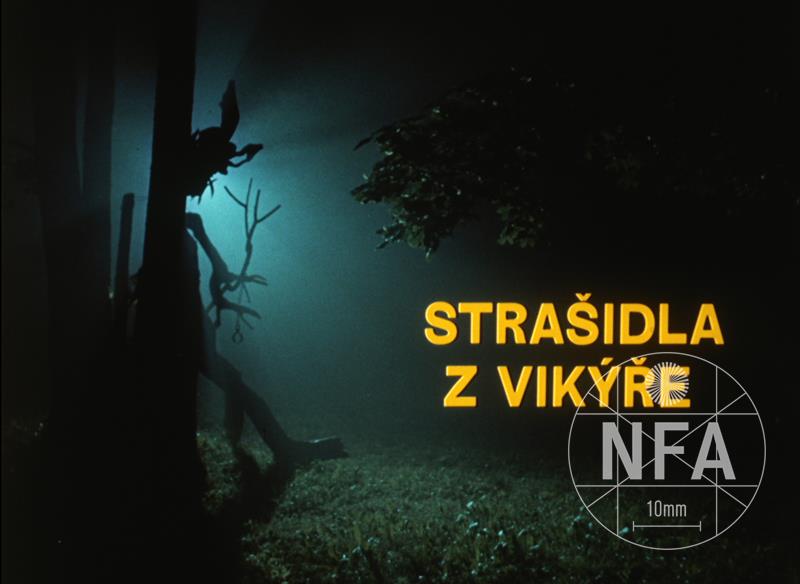 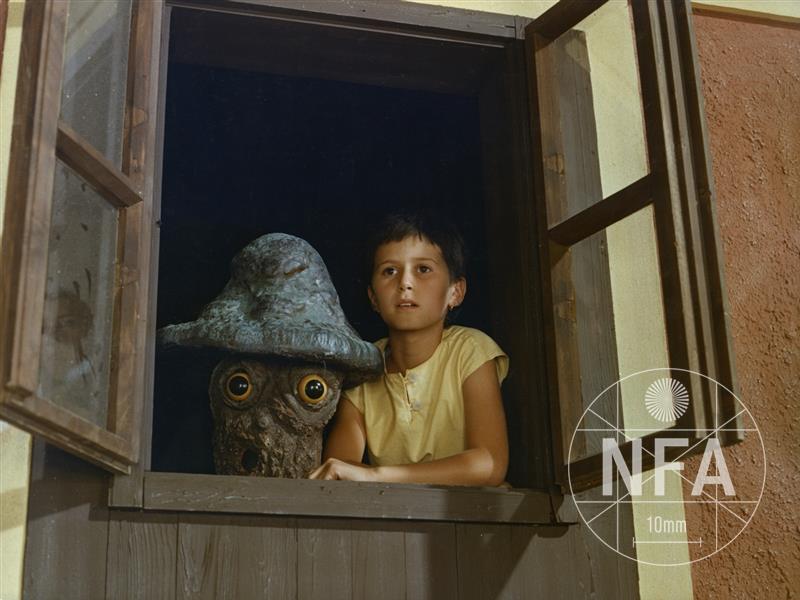 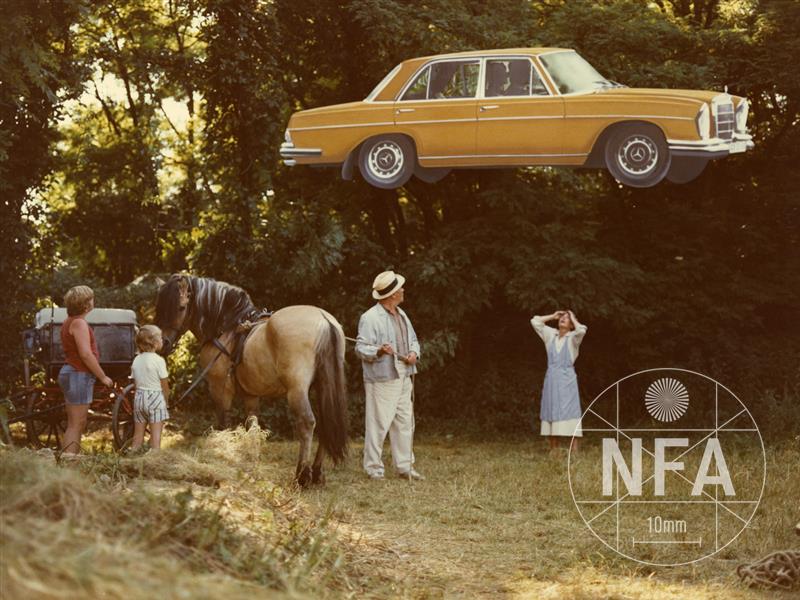 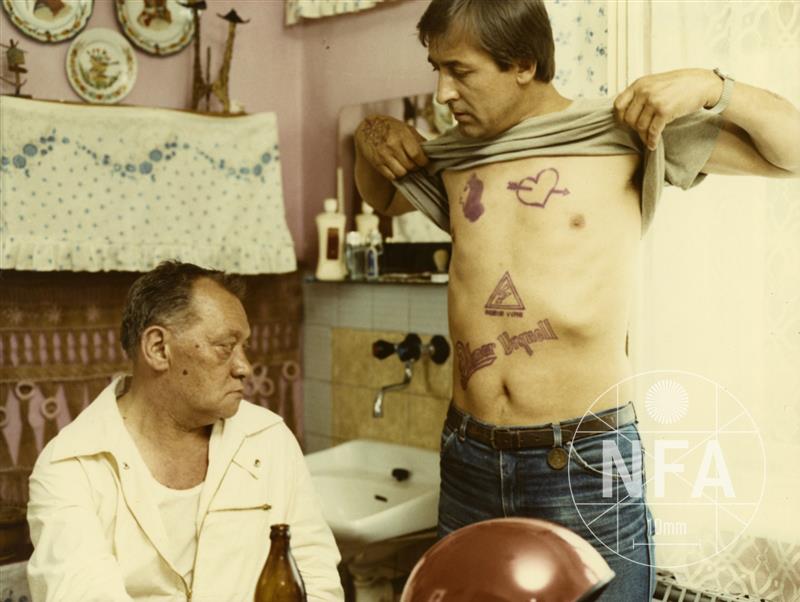 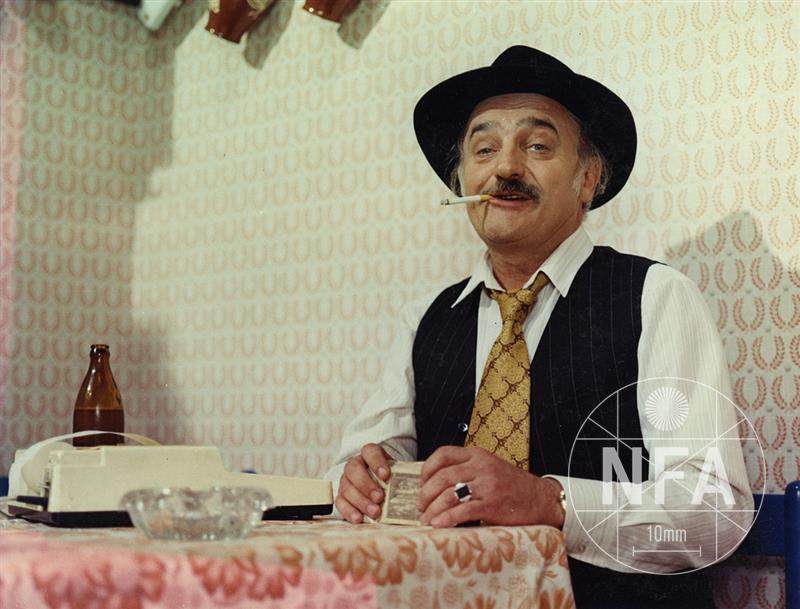