The elderly Mr Máček likes young women and girls and he always takes the opportunity to try to make their acquaintance. He is only sorry he is not younger. When he discovers the existence of an elixir of youth called "Mladolín" concocted by Dr Chytrolín, he immediately goes off to visit him. He buys a cask of the potion; drinks some in the park and changes into a young man. As soon as he sees a young girl, he tells her of his love for her. The affects of the potion, however, are only short-lived and Máček grows old again. The girl also grows old - it turns out that the girl was Máček's wife Kordula who has also bought the elixir. They are both angry at each other for a while but then they become reconciled. Other people had also been dissatisfied with the elixir and they decide to get their own back on Chytrolín. They catch him and throw him in a tub of his "Mladolín". 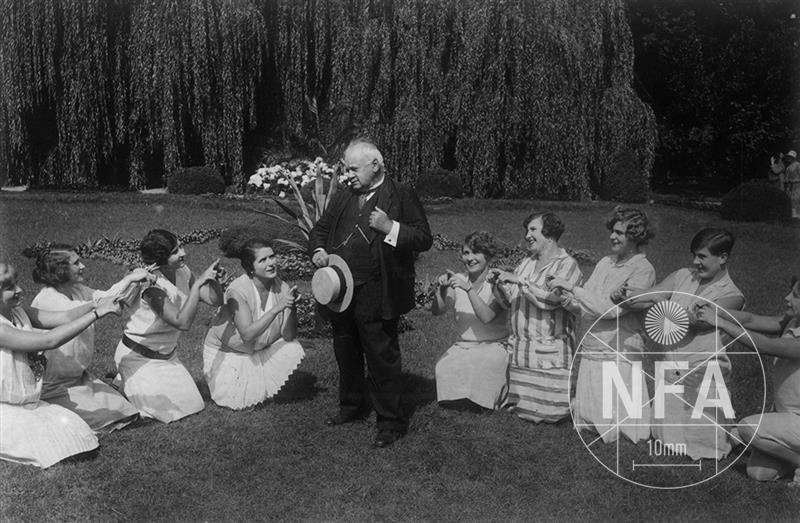