Two insurance agents visit a house inhabited by a very old lady and her son, whose occupation is to process the skins of domestic animals, but his love and mission is to paint naivist pictures. The peculiar painter claims that the arts are embedded within him like within a goat. One animal of that kind, half-skinned, is just hanging in the corridor. The whole house, from the outside as well as from the inside, is covered almost to the last spot by pictures rendered in sharp colours, the subjects of which the artist finds in his dreams. One of the agents struggles hard to insure the painter, grinding out his formulas, while the other forgets about his mission, enthusiastically looking at the pictures and flooding the painter with questions. The painter's old mother bans any insurance and even tears up the questionnaires. She recalls the only work that was sold - a Christ rendered in sheet metal situated at the crossroad of two roads. The stunned drivers, however, caused so many car crashes that the many-coloured saint had to be removed. The unsuccessful agents leave and the painter and his mother climb up to the scaffolding to go on with their work - covering the remaining free space with their paintings. 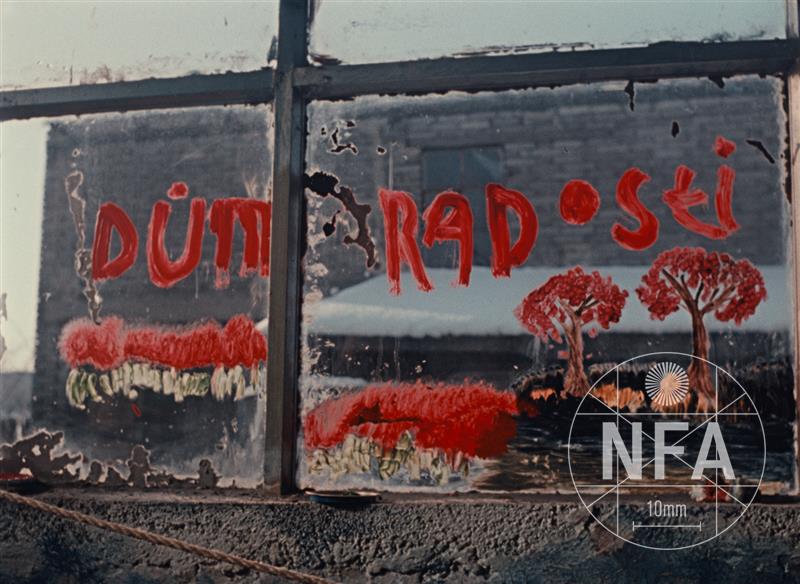