The 1970s were a difficult time for the director František Vláčil: the artist, who made an indelible mark on the previous decade with the historical films Marketa Lazarová, Údolí včel (The Valley of the Bees) (both 1967) and Adelheid (1969), only got another opportunity to make a feature film in 1976. However, Vláčil and his screenwriter Václav Nývlt managed to rework the “recommended” original book, Doktor Meluzín by Bohumil Řiha, to such an extent that it resulted in a movie which was qualitatively far beyond the productions of that time. The authors used only the final part of the adapted novel, which is a typical example of biased literature. Moreover, Vláčil’s first feature set in contemporary times has the same balladic qualities that were typical of the director’s historical opuses. The protagonist – a reputable old Prague physician called Meluzín – has to content himself with a post as a “country doctor” after his wife emigrates. In the local health centre, he meets with hostility and incomprehension, but his expertise and humane approach win him the respect of his doubtful new colleagues and mistrusting patients… The ideological tone of the original book gives way to an introspective story about a successful, aging specialist who has to re-evaluate his life and embrace nature as well as the human aspect of his profession. Rudolf Hrušínský, who was politically inconvenient at the time, excels in the film’s starring role. He had been rigorously backed for the lead role by František Vláčil. The casting of the other parts also demonstrated the director’s eye for actors who could give their characters a visceral authenticity. A good example of this is Věra Galatíková (Pavla Kodetová), who had already played in Vláčil’s The Valley of the Bees. The theme of a man’s melancholic, but fruitful, later years is emphasised by the impressive camerawork of František Uldrich and the music of the experienced composer Zdeněk Liška.

At the airport terminal lobby a husband and wife are parting calmly but seemingly for good. Unlike his wife Ema, the medical doctor Meluzin is returning to his home country. He has become a district doctor in an area that reminds him of his childhood. He is given a room in the healthcare centre next to the flat of a childless Kodet's married couple. The chairman of the Local National Committee Vlach can't stop wondering why Meluzin has left his prestigious position at his former clinic, but in time the considerate doctor wins his trust, and the trust of his patients. Nurse Šimonová is also taken aback by Meluzin's precision and compelled to put the messy filing cabinet in order. The doctor is meticulous, and when his neighbour Petr Kodet confides in him that thay do not have a child, as his wife is not able to get pregnant, he sends them both for examinations. But there is nothing wrong with the wife, teacher Pavla Kodetová. The hot-headed Kodet cannot come to terms with the result, which suggests that it is he who is infertile, and he abandons his wife. The doctor meets the young and wild Markéta who lives in a run-down estate with her tough mother. Markéta is expecting a baby, apparently with Šimonová's son, the ambulance man Ota. Meluzin dissuades her from having an abortion, and when her mother kicks her out of the house, he moves her in with Pavla Kodetová. Markéta has serious complications with her pregnancy and has to go to the hospital, but she escapes and later Pavla finds the girl at her home in a critical condition. Markéta gives birth to a healthy daughter in the ambulance, but dies in the process. Meluzin finds Petr and persuades him to make it up with Pavla, who is devotedly caring for the orphaned Markétka. 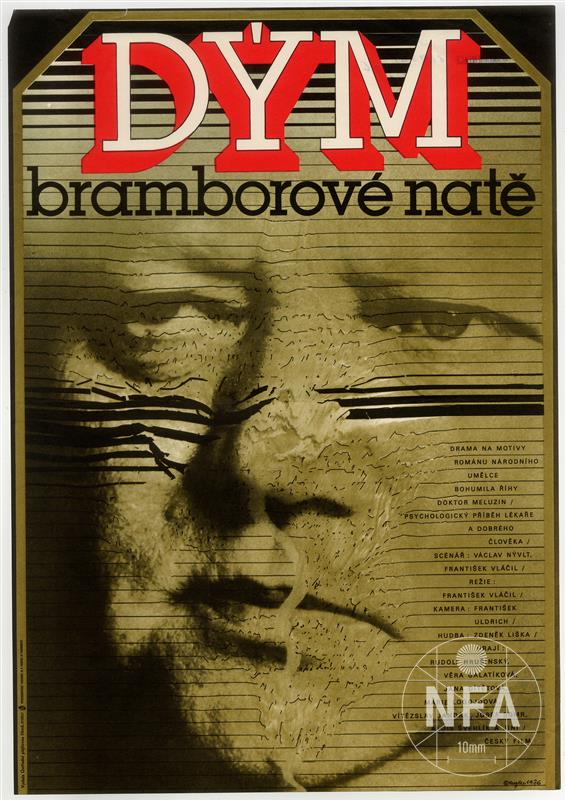