In 1976, seasoned director Jaroslav Balík added a film with a biblical title, Jeden stříbrný (One Silver Piece), to the ranks of motion pictures that return to events at the close of World War II. Set in the mountains of Slovakia in the summer of 1944, the film's main characters are lumberjacks who are joined by a Czech, Martin Uher. The former Prague official is seeking to hide from the Gestapo whom he had promised to cooperate with, when under pressure. The lumberjacks have a cache of hidden weapons and when some villagers are taken into custody, Martin is suspected of being an informer. He can only clear himself of the accusations by sacrificing his own life... This somewhat notional story enjoys the camera work of Josef Vaniš who puts the attractive filming location in Slovakia to expert cinematographic use. A mixture of Czech and Slovak actors were cast. The protagonist Martin Uher is played by Emil Horváth (dubbed by Viktor Preiss). Starring as rough and rugged lumberjacks are Miroslav Moravec, Juraj Kukura and Ferdinand Krůta.

It is summer 1944. The war is far away from Slovak mountains for the time being. The head of forest management Borodáč brings a new employee to complete the eight woodcutters work team of Czechs, Slovaks and one Pole - the young guy is Martin Uher, a former clerk form Prague. The eight tough men do not trust the newcomer at first, but as time is passing, they got used to him. After some time, Martin gets next to Julika, a young wife of the gamekeeper Tkáč and they begin to go out secretly. The gamekeeper knows that Martin had promised to cooperate with German Gestapo, after he had experienced a hard interrogation. In avoiding to be a grass, Martin leaves Prague to hide in Slovak mountains. Tkáč wants Martin to inform on his colleagues who hide guns in the forest to ready to use them against Nazis. The village police arrests Juraj Pitoňák since he got drunk in a local pub and boasted about having a machine gun. Then Hacar, a Pole who had been avoiding German Totaleinsatz, is taken away. The fellers suspect Martin of informing on his colleagues and one of them beats him up. Foreman Borodáč finds out from Julika, that it is her husband who betrayed, being in touch with Slovak fascist guardists. They all apology to Martin and old Czepurko gives him a silver piece of money that he has been keeping for his son. Tkáč, however, threatens Martin to inform the secret police. The young man, trying to save the friends, wiles him away to the forest, promising to show him the secret hiding place of the guns. Martin kills Tkáč with a hand-grenade, dying at the same time. The group of fellers rush to take the guns and hide in the deep Slovak woods. 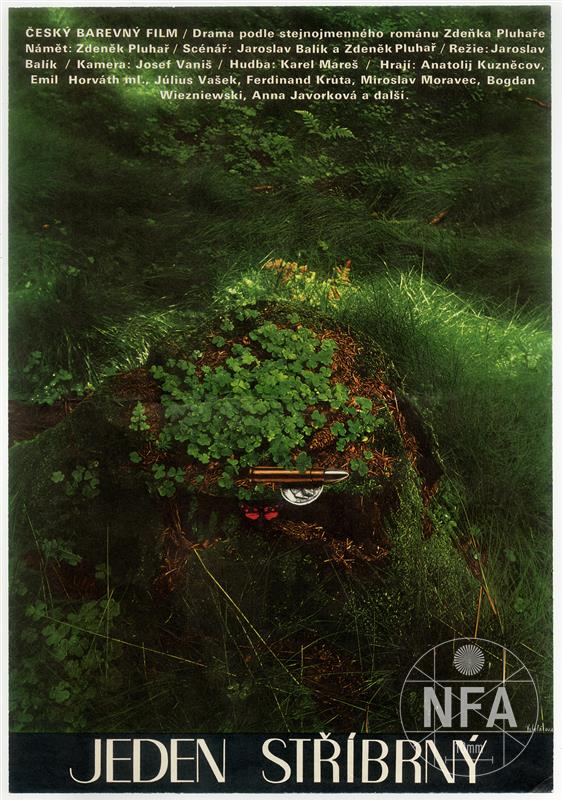 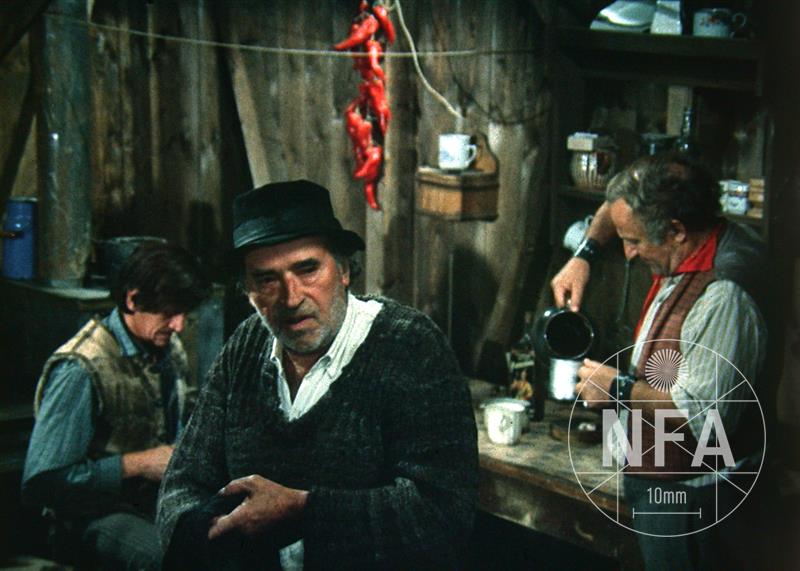 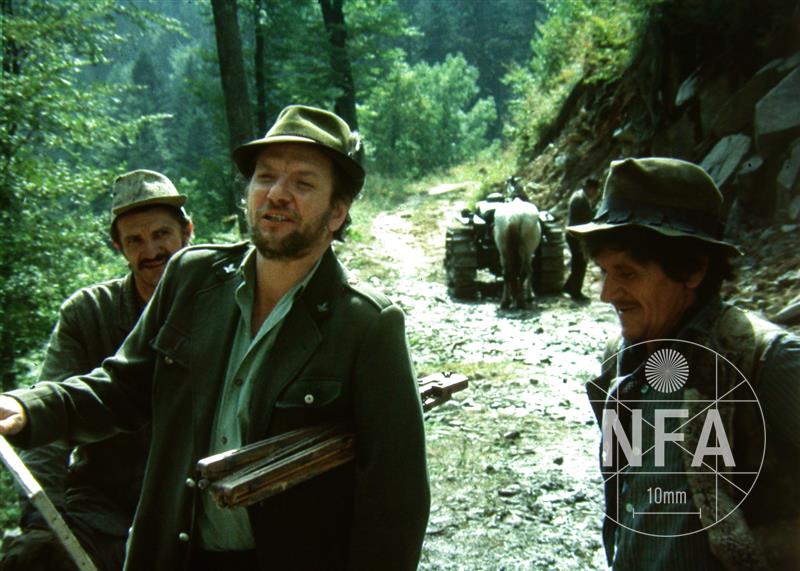 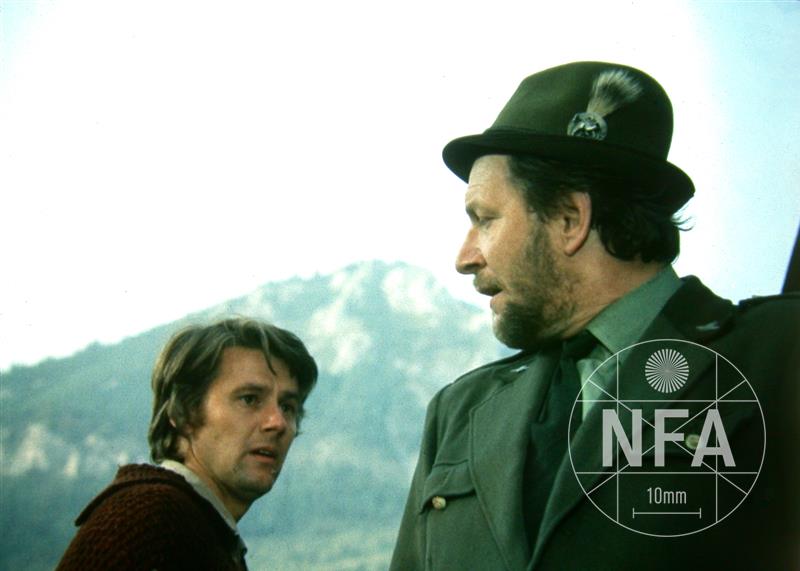