In 1982, experienced creator of children’s films Věra Plívová-Šimková directed another adventure for her young audience. As with her previous film Tony, tobě přeskočilo (Tony, You Are Nuts, 1968), Drahomíra Reňáková-Králová collaborated in the directing. The main character is neurotic 10-year-old pupil Roman Hlava. After having spent several years in Latin America with his parents, he is somewhat lacking in independence and has difficulty adapting to his new environment. Only when he becomes friends with his classmate Pekárek, nicknamed Šmatla, does he find his way to nature and the other children. This holiday story also includes an adventurous plot involving a thief of goshawk chicks… Debuting in the principal part of this agreeable children’s picture is non-professional actor Filip Menzel. He would appear in several other films in subsequent years.

The ten-year old Roman Hlava returns from Latin America after several years spent there with his parents. The parents, however, have not had much understanding for the boy, and he has thus become a helpless boy who keeps winking nervously. In a new school, Roman befriends a schoolmate called Waddler and his big dog, Don. Waddler is a good boy. He adopts Roman as his friend and holds a protective hand over him. He nicknames him the Winker. Waddler is to spend his summer holidays in a camp designed after the "stone age". Dogs, however, are not allowed. But Waddler finds a way - he takes Don and secretly sets off to the camp, taking Winker with them. Once there, the two boys hide in a shelter, observing their friends who have temporarily abandoned the conveniences of modern civilization. Winker experiences many adventures with Waddler and Don, he cures himself of his fear and even stops winking. When he helps save some goshawk chickscubs which a young thief tried to steal and sell, the children adopt him and nickname him Chicco. In the meantime, Roman's parents find out where their son ran away to and come to pick him up. The boy's tic returns immediately as he spots his parent's car in the distance, but then he hears his friends' encouraging him and shouting: "Chiccooooo!!!" 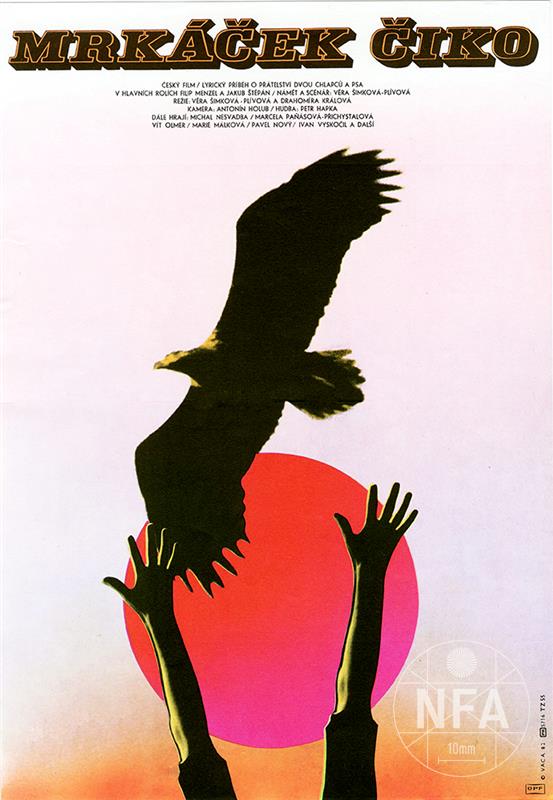 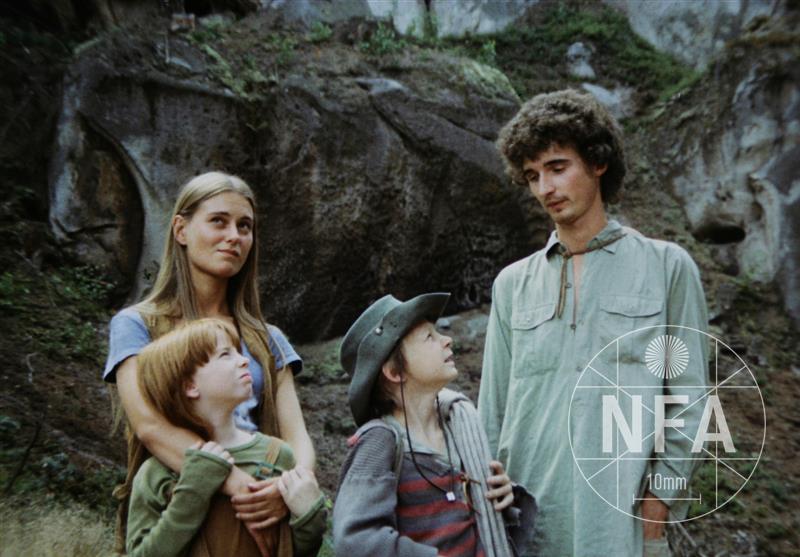 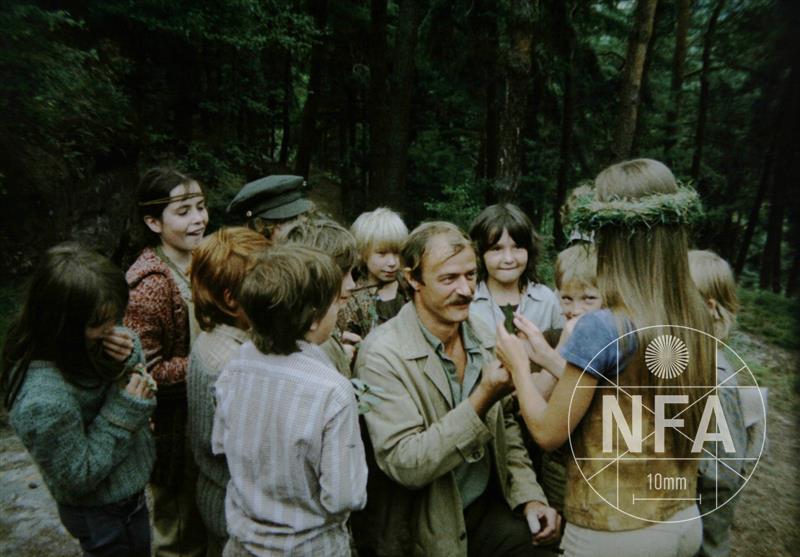 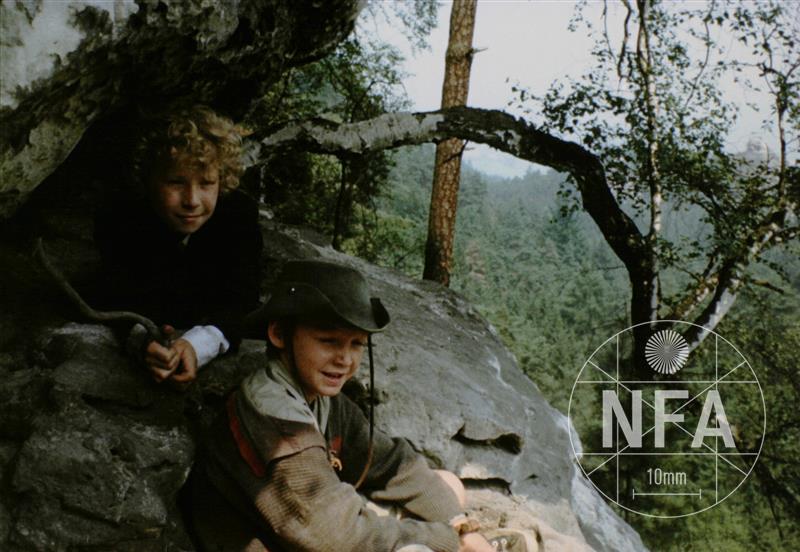