Fifth-grade schoolboy Ludvík’s penchant for physics experiments proves to be a somewhat dangerous hobby in this 1984 comedy from long-time children’s filmmaker Josef Pinkava. The narrative, drawn from a book by Alena Vostrá, follows Ludvík’s exploits in his new home in the village of Heřmánkov. The youngster decides to conduct a spectacular experiment involving a carefully timed explosion. Ludvík’s father, music teacher Čtrnáctý; his teacher mother; sister Bíba, and grandfather Matěj are all along for the ride in this spirited tale. Robert Nešpor takes the lead role in his only feature-film appearance. Ludvík’s sister is played by the 17-year-old Mahulena Bočanová, a child star since the age of two. Jiří Hálek and Zdena Hadrbolcová portray the parents.

Five members of the Čtrnáctý family move to a small house in the village of Heřmanice. Ferdinand Čtrnáctý is a pedagogue working in a music school, his wife is an elementary school teacher, their eighteen-year old daughter Bíba studies at the technical college of transportation and the son Ludvík is in the fifth grade of elementary school, while the grandfather Matěj controls the family's practical matters. Ludvík is a fanatical admirer of physics, and he thus constantly indulges himself in various experiments which, however, end up rather ingloriously. Ludvík records all details of his experiments - including all the formulas and charts - in his yellow notepad. The physics teacher meanwhile has no idea that an extremely gifted physicist is studying at the school, and he thus only bothers himself with children who are rather uninterested in the field. Ludvík prepares a significant experiment to verify "sound diffusion in water", which should result in a large explosion at five on a Friday afternoon. The event should be accompanied by a performance of a children's ensemble called Hlaholík, to be held in an open-air theatre under the supervision of the father Čtrnáctý. The physics teacher somehow succeeds in seizing Ludvík's yellow notepad. He thus sets off to the local pond, accompanied by the PT teacher Hrabě, and is finally introduced to Ludvík and his sister Bíba. They carry out the experiment on a smaller scale together - just to exclude any danger. And while Bíba enjoys her beautiful moments with the young Hrabě, the physics teacher and Ludvík are consumed by a discussion about the laws of physics. 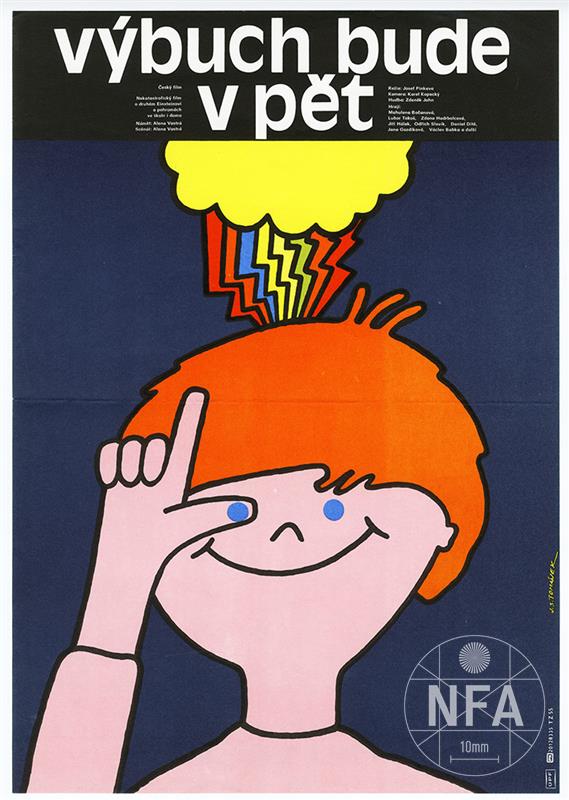