Ladislav Smoljak and Zdeněk Svěrák, authors and directors of the popular Jára Cimrman Theatre, have added many exquisite films to Czech cinema. This 1987 bitter comedy, written by Smoljak and Svěrák and directed by Smoljak, is probably their most personal project in that it tells the story of their theatre company. Even though both the company and the protagonists are given fictitious names, the story is largely based on actual events. Zdeněk Rybník and Láďa Kydal are the founders of a semi-professional, all-male theatre company, immensely popular with the audiences but resented by the authorities, which is why they have to move frequently. Their fans manage to find them even in a dismal regional community centre, but so do the suspicious local officials. Their new comedy manages to pass a strenuous approval process, in which the supervising committee is forbidden to laugh at the performance. However, the future still remains unclear. This tightly knit story mostly takes place inside the community centre, especially in the cramped backstage area, where the protagonists have to deal with their everyday troubles. Kydal is resented by the rest of the troupe for preferring lucrative television jobs to his work in the theatre. The film shows snatches of many of the famous plays from the Cimrman Theatre repertoire, even though the name of the fictitious Czech genius, invented by Svěrák and Smoljak, is never mentioned. Apart from the real theatre company members, the film stars director Karel Kachyňa and the much-feared Barrandov programming director Ludvík Toman.

The semi-professional Theatre of Old Forms must keep moving from place to place even despite its success. The cultural political supervisors find its witty performances suspicious and try to find concealed attacks on the Communist Party and the government in them. The theatre ends up in a building which should reportedly house offices. A few months later, the head of the troupe, Rybník, the director, Kydal, and the stage technicians, Kubíček, emla and Melichar, are looking around the dilapidated hall of a district house of culture where the theatre found its most recent asylum. They will alternate in performances and screenings for seniors and in schoolings. The spectators, however, find them even here and they again clap zealously. The troupe which consists only of men, even performing the women's roles, rehearses the new Rybník and Kydal's play. The dramatic adviser from the supervising agency recommends them to be more politically committed. The head of the house of culture, the helpful Mrs Marková, warns the playwrights and actors that they are being secrectly visited and regularly checked by the comrades from the national committee. The actors and technicians tease each other and argue very often, but their jokes are friendly and it is obvious that they very much like their hobby even though the profit is poor. One of them, the eternally coughing smoker ubrt, dies. The only person missing at the funeral is Kydal who has given preference to his work of TV director. The jovial dramatic adviser Piha brings his very young lover to a performance, pointing out that the texts must undergo minor changes. The flyman Melichar is promoted among the actors. After the performances, Rybník usually "drives out" a virtual crowd of admirers from the actors' dressing room and is surprised when two very pretty girls show up. They, nevertheless, prefer the young technicians to the elderly actors. The feared staging of the play before the authorization committee is accompanied by a chilly silence from the auditorium. Piha tells the rattled actors during the break that the committee chairman forbade the committee members to laugh. When the commissioners tell the verdict, they cannot abstain from their customary "grilling" of the playwrights. The committee member Karásková totally lacks a sense of humour and meticulously demands the cutting out some fictitious invectives against foreigners from the script. The performance is eventually permitted. Its premiere enjoys huge success and the spectators again have great fun. Mrs Marková presents the theatre people with mugs decorated with their first names. It seems that the future will be all roses. But when Kydal and Rybník spot the officials leaving the theatre in their official cars, it reminds them that they cannot be certain about anything. 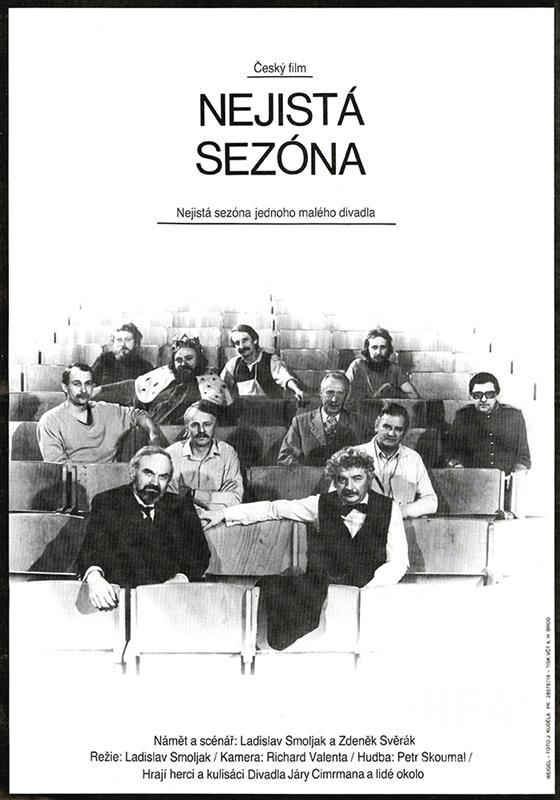 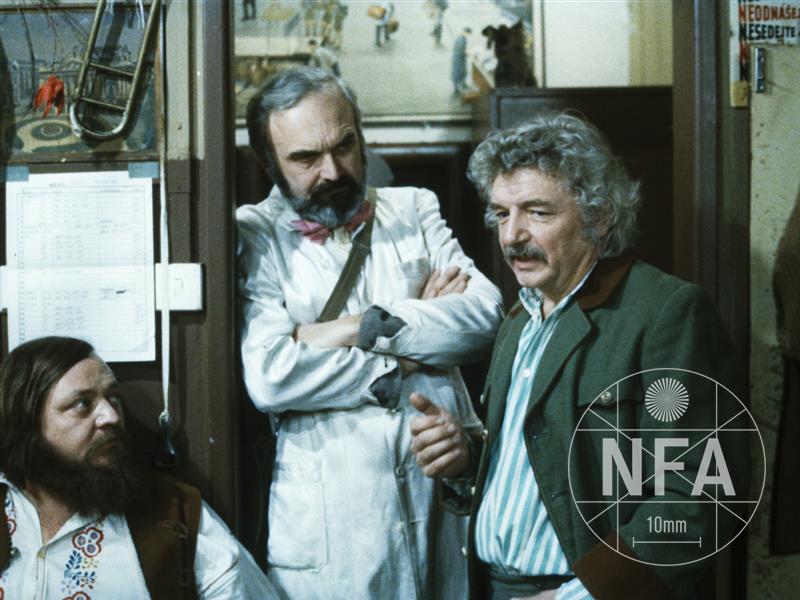 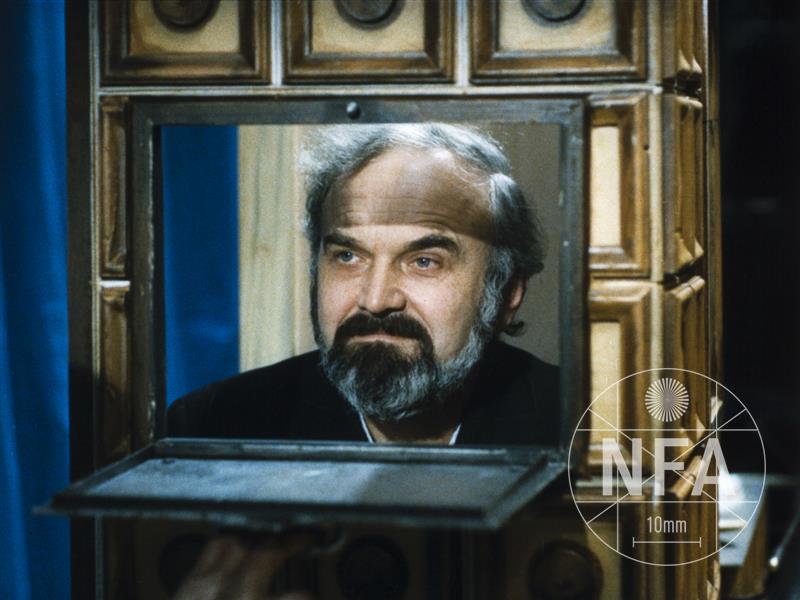 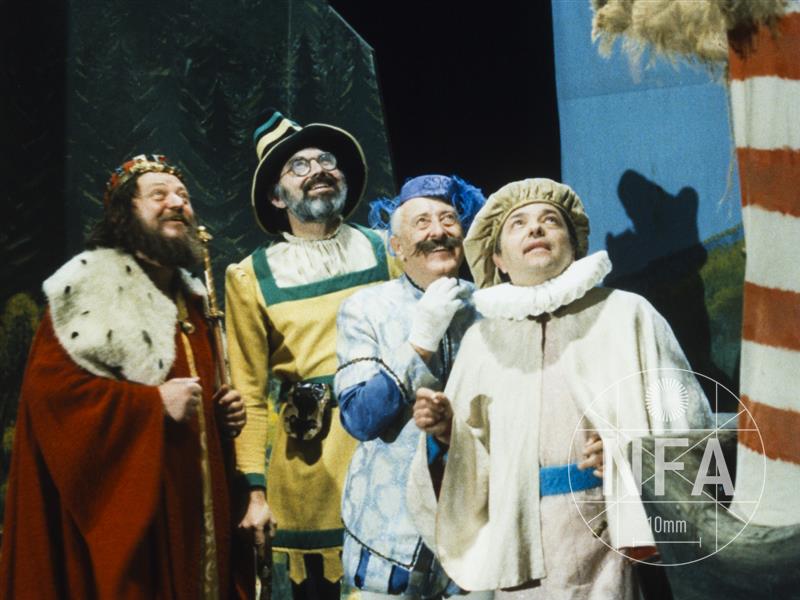 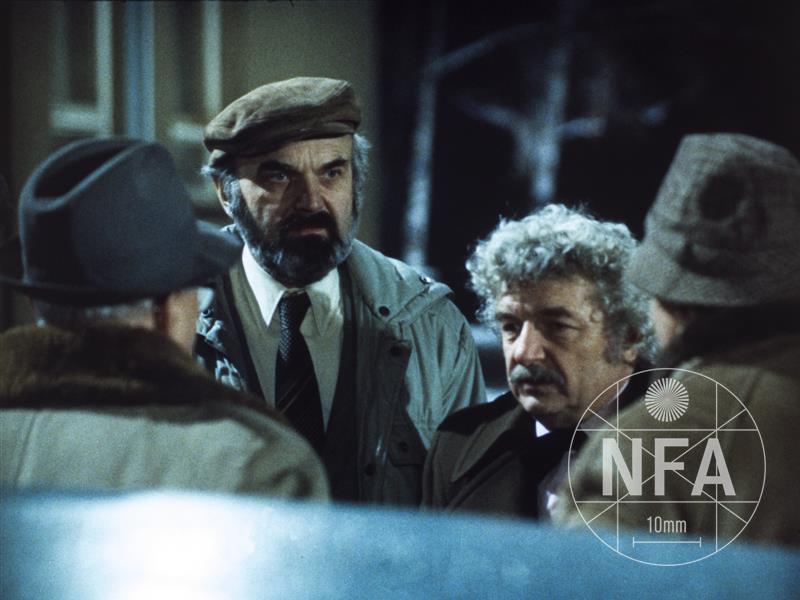