This children’s detective story from 1988 turned out to be the last film directed by Radim Cvrček, very much known for specialising in films for children and young people. The narrative follows a simple plot line involving a search for a lynx gone missing from a zoo corner kept at a clubhouse of Domu pionýrů a mládeže (Pioneer Organisation of the Socialist Youth Union). The child protagonists decide to launch their own investigation to establish the whereabouts of their furry pet and in so doing give a helping hand to the Public Security forces (Veřejná bezpečnost, or VB, provided the police force of the period) who are on the trail of a thief of rare coins and postal stamps. As it happens, the villain is smuggling the valuables inside the feline predator’s travel cage. The role of good-natured police captain Váňa, as well as the part of ministry clerk Honzíček in the tragicomedy Dobří holubi se vracejí (Good Pigeons Fly Home, 1988), are two of the last characters portrayed by Vladimír Menšík, 58 at the time of shooting. Menšík stands head and shoulders above the rest of the cast, comprising mostly lesser known actors from Brno or Slovakia.

A minion of local children, Macek the lynx gets stolen one night from the zoo department of the communist Young Pioneers and Youth Centre, located in a small town. The police investigation is led by captain Váňa and lieutenant Paleček. Children, headed by Váňa's grandchild Mirek, decide to search for Macek the lynx as well. Paleček suggests their cooperation. At the same time, the police investigate several thefts of coins and stamp collections. The railman Slepička reports that he saw a red Skoda car in front of the Young Pioneers and Youth Centre. This suspicion leads the investigation to the Astra café. The suspects are the headwaiter, Cejpek, and Lojza Norovský, who owns a red Skoda car. Children are searching for red cars in the city and surroundings. More thefts of old coins and stamps happen in the city. The value of the stolen things is almost a million Czech crowns. From an old doctor, Váňa and Paleček learn that Cejpek has recently been extremely interested in coins and stamps. The police follow Cejpek and they learn he has contact with a foreigner. Váňa and Paleček assume that the foreigner is expected to take the valuables abroad. They connect this case with the theft of the lynx. Their assumption turns out to be true. While arresting the foreigner, they find the lynx in his car. The foreigner allegedly bought it from Cejpek. In the lynx's cage he was supposed to also take the coins and stamps. Lojza Norovský was innocent in the entire case. The lynx Macek is put back to his run and the children drink a toast to success with the policemen. 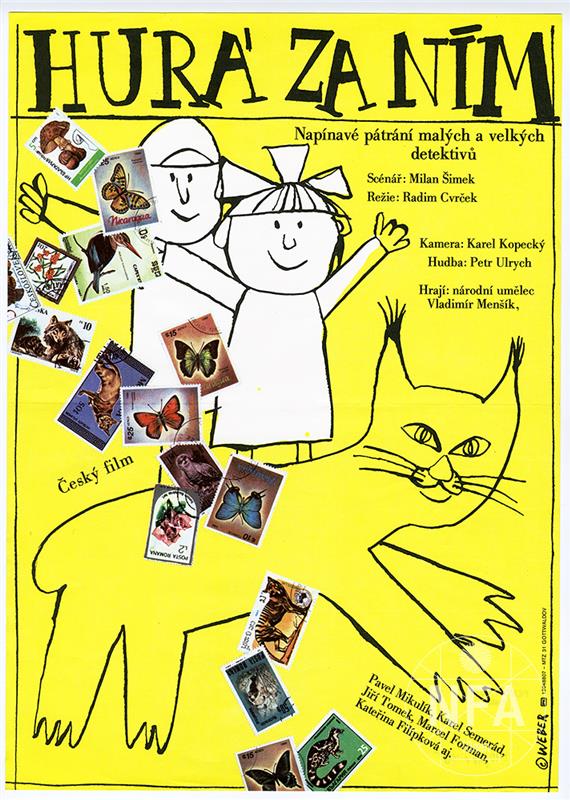 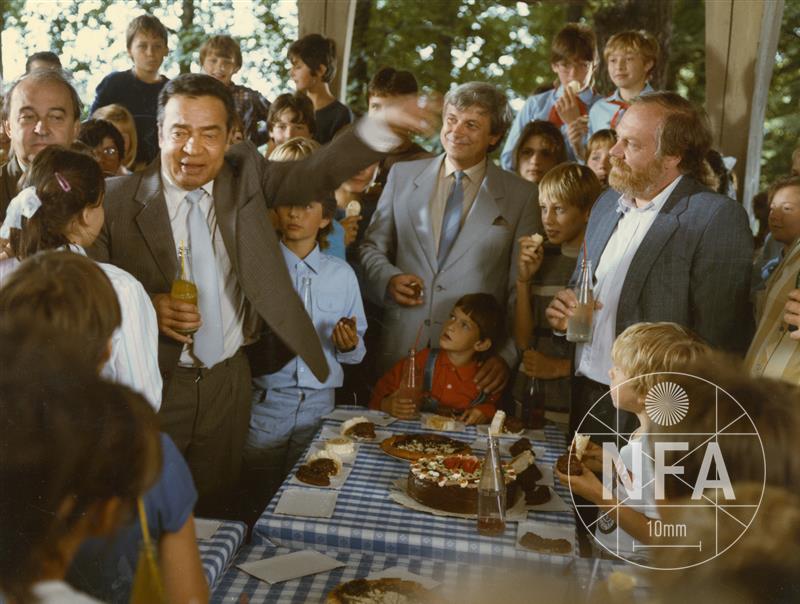 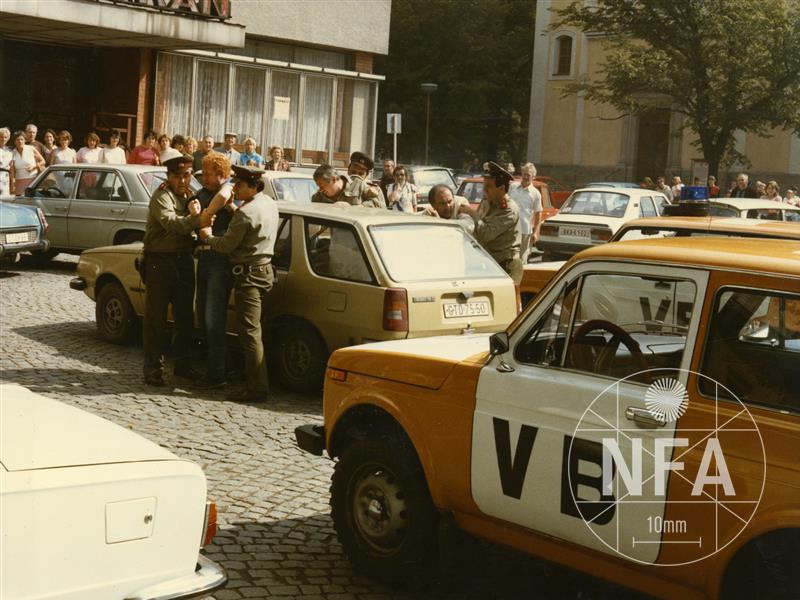