It is the spring of 1787 and Mozart and his wife Constance arrive in Prague for the first time. The carriage with the quibbling couple passes through Prague’s Old Town, heading to Count Thun. Mozart enjoys Prague and is happy that its people understand him. The theatre director Guardassoni demands a new opera from Mozart. At Bertramka, the maestro flirts with Josefína Dušková. When Mozart returns to Prague in the autumn of the same year, he is happy again. He and Constance lodge in an inn at the Fruit Market where everybody dances attendance upon them and brings them various treats. Guardassoni wants to know the title of the new opera. Josefína betrays him that it would be Don Giovanni. The director is nervous before the premiere but Mozart does not lose countenance and placidly indulges in his avocations and jokes, although not even the overture is finished. But he manages to assign the roles in time. He meets Casanova during the rehearsal and wants him to foretell his fortune, but Casanova refuses. Mozart composes the overture overnight and the opera enjoys success with Prague’s inhabitants. Mozart’s third visit to Prague in 1791 is concurrent with the arrival of Emperor Leopold. The Emperor also attends the performance of the opera La clemenza di Tito which the maestro composed to his tribute. But the Emperor is not interested in music at all and leaves after the first half. The next day, there is not a single note about Mozart in the newspapers. Casanova sends Mozart a prophecy before his departure. The composer throws it away out of abstractedness, but Josefína finds it. It states the date of Mozart’s death: December 5, 1791. The dispirited Mozart views the town from his carriage and calls out: “Praga, regina musicae, addio!” 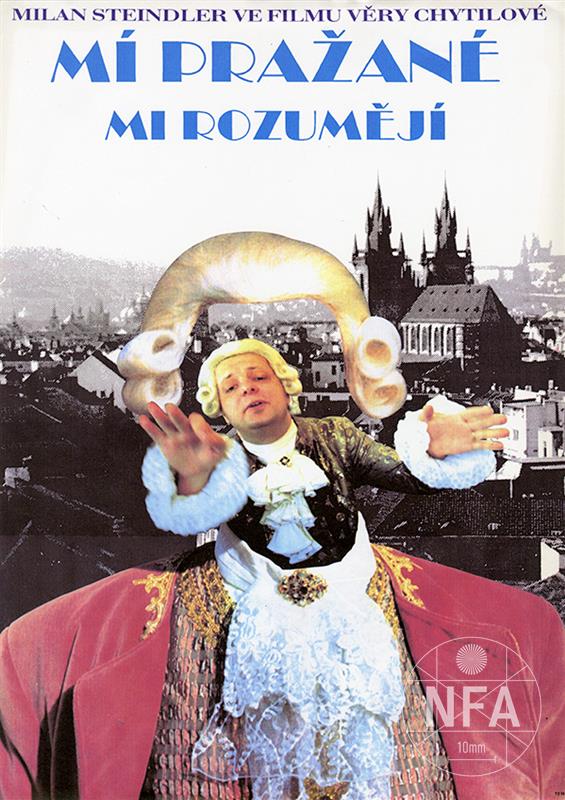