Screenwriter and costume designer Ester Krumbachová entered the world of film directing just once, to create Vražda ing. Čerta (Murdering the Devil, 1970). The main reason why the highly original film remained her only motion picture was the cruel onslaught of post-1968 “normalisation” in the country. The author, who imbued numerous films of the Czechoslovak New Wave with a dynamic visual character through her visual designs, showed an affinity with the spirit of the 1960s through her scripts for Sedmikrásky (Daisies, 1966), Ovoce stromů rajských jíme (We Eat the Fruit of the Trees of Paradise, 1969) and Valerie a týden divů (Valery’s Week of Wonders, 1970). With the help of veteran screenwriter Jan Němec, Krumbachová also penned the script for Vražda ing. Čerta. The film is a complete and mature debut that includes the period’s feminism, fortified with a peculiar form of sinister criticism with which Krumbachová targets both sexes, much as did another female director, Věra Chytilová. The nameless central character of the narrative, a pretty, clever and refined fortysomething, referred to simply as She, strives to escape her loneliness through an association with Bohouš Čert (whose surname means “Devil”), a friend from her youth. However, he is not as she had remembered him: the slim youth has become an overweight, ill-mannered man whose prominent trait is excessive voracity (closely followed by excessive garrulity). She endures Čert’s visits only by holding on to the vision of an eventual marriage to which she is willing to sacrifice her own dignity. When it emerges that the insatiable glutton – who can’t resist taking bites out of furniture legs – is indeed the devil himself, She is forced to do away with the interloper with the help of a bag of raisins… Though Krumbachová contributed to numerous highly intellectual films of the 1960s (before adding Faunovo velmi pozdní odpoledne [Faun's Delayed Afternoon], directed by Chytilová in 1983), her film is a mannerist play about the battle of the sexes, depicting with ornamental flourishes the incompatibility of men and women. The main characters are mere pieces on a chessboard, but they come alive through masterful acting by Jiřina Bohdalová and Vladimír Menšík.

She is approximately forty-years old, intelligent and attractive, but, unfortunately, lonesome as one could be. She handles her life quite well, but whenever nostalgia falls upon her, she begins to long for a man. Thus she is happy when an engineer named Bohouš Čert [Devil], a friend from her youth, whom she still recalls being as slim as a maiden, rings her up and talks to her in a coaxing voice. She invites him to dinner, which she prepares with the greatest care, and also pays a lot of attention to her looks. But, after all those years, Engineer Čert when he arrives is far from slim, and is even rather dilapidated. He gulps his food with constant smacking and slurping, and eats everything out of the fridge. His behaviour is rude, even arrogant - but, see, this is a Man and She gladly forgives him everything. Čert's visits begin to repeat, and although he behaves as an ill-mannered egoist, woman addresses him with great respect and admiration - still hoping that Mr Čert will eventually express himself and that it will finally come to the desired wedding. A fortune-teller She visits with her girlfriend Miriam warns her against the acquaintance and moreover foresees a mysterious sack of raisins in the cards. The insatiable wooer then gnaws at the legs of her stylish furniture, shows himself to be a real devil and begins to flirt with Miriam. She breaks up with him, captures him in a sack of raisins and gets immensely rich on their sale. Eventually, she decides to finance an expedition to find the yeti - since "the Abominable Snowman is better than no man". 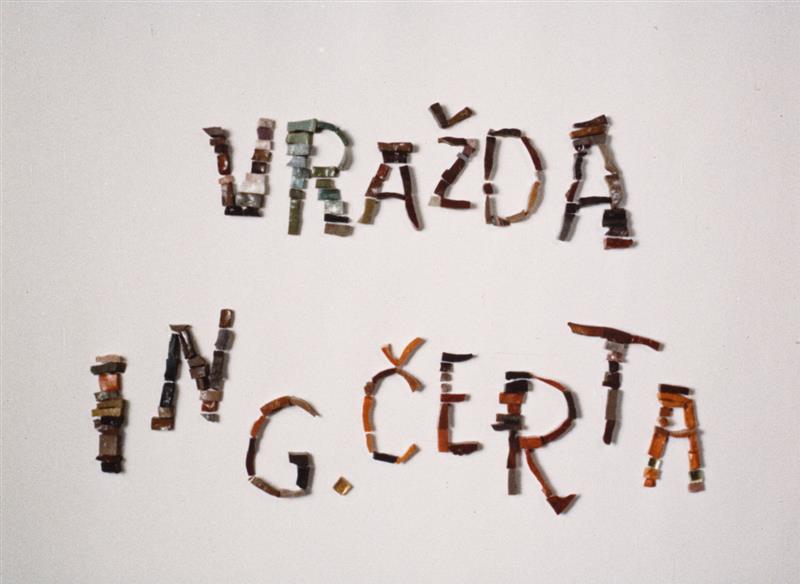 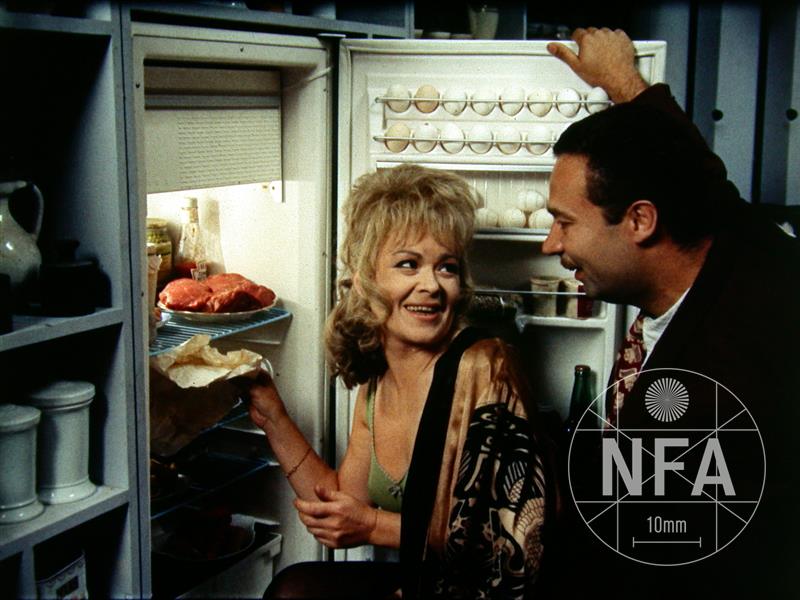 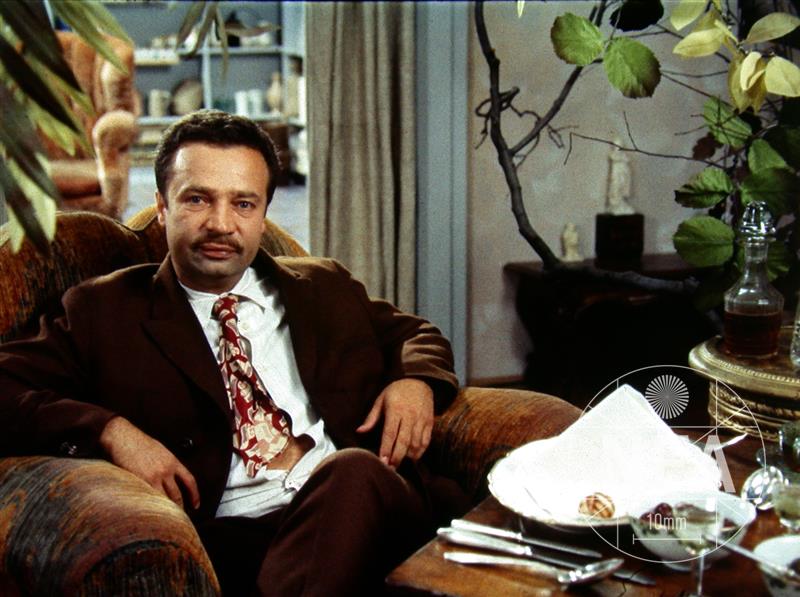 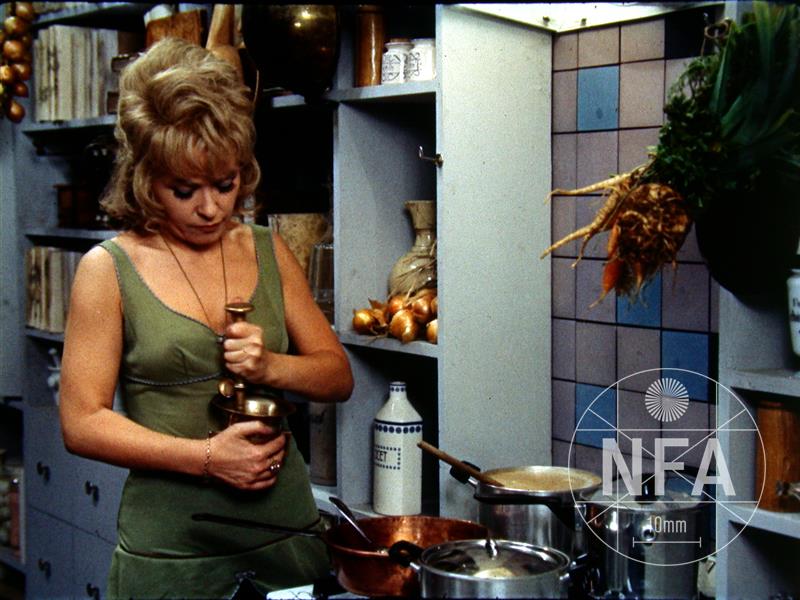 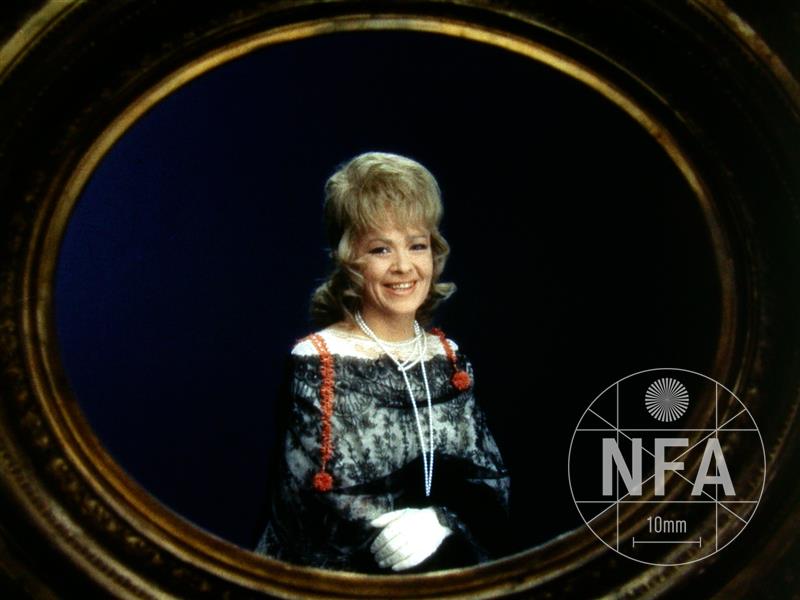