During the 1970s, the very specific Czech phenomenon of “chalupářství” (essentially retreating to one’s countryside cottage or countryhouse for the weekend, typically for gardening or DIY activities) offered the “normalised” citizens a way of escaping from the public space into their private little universes. The theme was addressed in excellent fashion by this bittersweet comedy co-written by screenwriters Zdeněk Svěrák and Ladislav Smoljak. The collaboration of these two leading figures of Prague’s Jára Cimrman Theatre transferred well to the big screen. It ranged, for instance, from the comedy Jáchyme, hoď ho do stroje! ( Joachim, Put Him into the Machine!, 1974) to the tragicomedy Nejistá sezóna (Uncertain Season, 1987). Having clocked up success after success, the partnership was unravelled by Smoljak’s directorial ambitions and Svěrák’s decision to start undertaking his own screenwriting projects. However, the summer-time comedy Na samotě u lesa (A Cottage Near the Woods) must rank among their timeless classics. Here, both screenwriters cooperated with director Jiří Menzel, with whom Svěrák had already worked on Kdo hledá zlaté dno (Who Looks For Gold, 1974) – a propagandistic drama that pressed the right buttons when it came to the regime’s demand for films in the spirit of “Building a better socialist future”; the comedy Vesničko má středisková (My Sweet Little Village, 1985); and the romance and war comedy Život a neobyčejná dobrodružství vojáka Ivana Čonkina (The Life and Extraordinary Adventures of Private Ivan Chonkin, 1993). Na samotě u lesa tells the story of a Prague family that decides to buy a traditional countryhouse. It was inspired by the film creators’ own experiences, yet at the same time it represents something of a case study with a subtle and humanistic outreach. The elderly Komárek’s character is based on a real-life figure. This countryman’s house is slowly falling into disrepair, but the Lavičkas decide to buy it. Yet the old man keeps on postponing the sale, meaning the eager Praguers end up having to spend their weekends and holidays with him. Svěrák and Smoljak manage to devise many rewarding comical situations in which city dwellers are rather uncomfortable when confronted by realities of the rural environment. A good contrast to the empathetic approach of the Lavičkas, who eventually become fond of Komárek, is represented by the Zvon family. They acquire a former millhouse and turn it into a kitschy mansion... The Lavička family father is played by Svěrák, while the part of the “miller” Zvon is taken on by Smoljak. However, the picture stands and falls with the performance of Komárek, an earthy character portrayed by the then 54-year-old Josef Kemr. The part of Lavička’s friend, the doctor Olda, is performed by Jan Tříska, although prior to the fall of the regime in 1989, the censor cut Tříska out of the film version broadcast on national television.

Married couple Věra and Oldřich Lavička want to buy a country cottage for their children, little Petr and Zuzana. Their friends, the Zvon couple, own a mill in a picturesque village. They find the nearby old man Komárek's house for the Lavičkas. The old man rents a room to the Lavička family and promises to sell them the entire cottage. The different members of the family have very different impressins of the country holiday. Oldřich is delighted and consults on future repairs with another holiday-home owner named Kos, who has hired a bricklayer named Lorenc. Lorenc is not doing much at the moment except idly drinking his beer but he is incredibly cheap to hire. Věra is not too happy about the level of hygiene, the coarse language her children are picking up from the eccentric Komárek, and the dog fleas. The children adore the old man and Komárek is entirely content with the situation as it is, despite his plans to stop growing his crops altogether, sell his cow and move out. When the old man gets drunk, Věra is even forced to milk the cow. Despite all this, the Lavičkas would never do as their neighbour Kokeš has done and force the former owner out of the house by unpleasant behaviour. The holiday is over and the old man suggests that he sells them the cottage but keeps on living in it. Oldřich Lavička visits the cottage one weekend and brings along his friend Václav, a doctor who confirms that Komárek is old but healthy. Moreover, when they visit a fair at the neighbouring village they meet Komárek's father, a foolish but spry old man. That winter, Komárek falls very ill with pneumonia. Under pressure from the Zvon couple, Oldřich begins to prepare the contracts for the sale of the cottage before it is too late. He calls around different offices and when he learns that the old man has been released from the hospital as a hopeless case, the entire family sets off to pay him a visit. Old Komárek is not at his cottage and little Petr already weeps for him. Then they find the old man in his field sowing the grain. Delighted, the children race off to him. 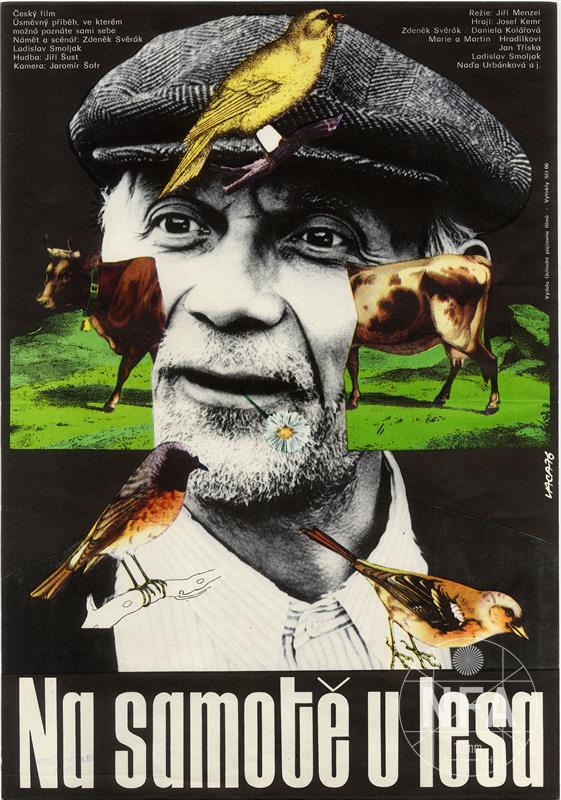 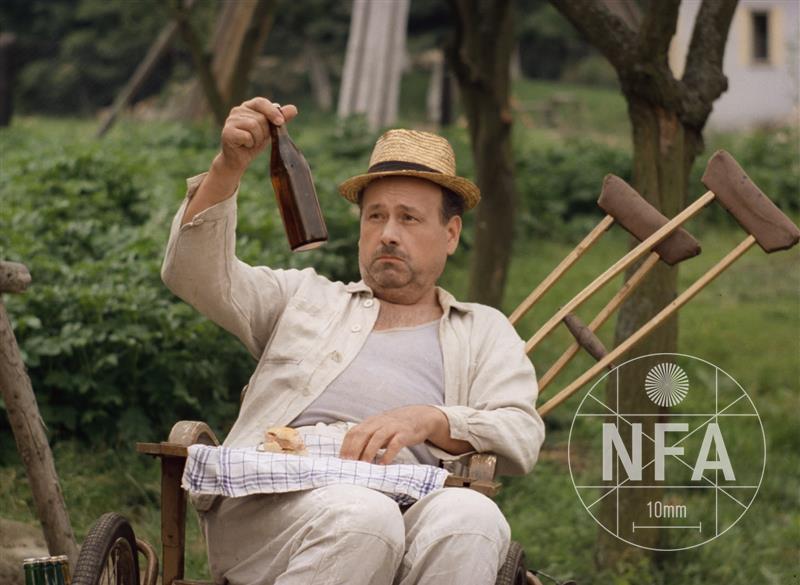 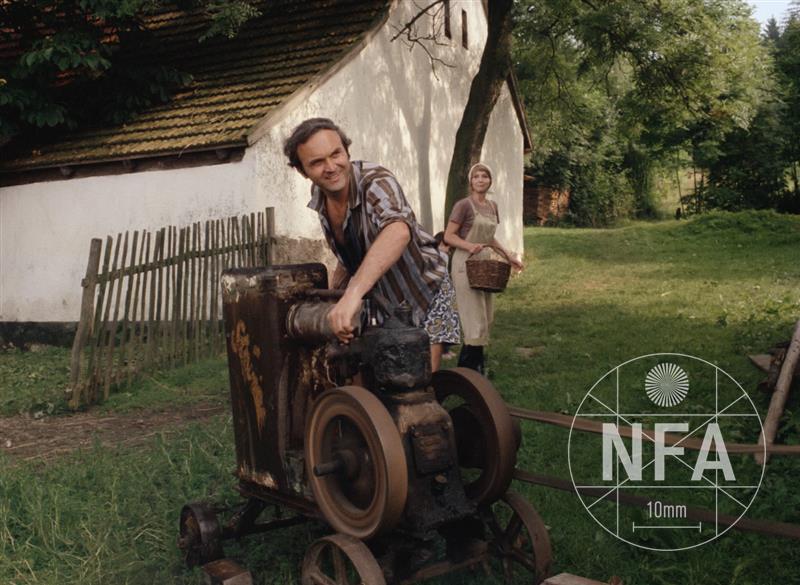 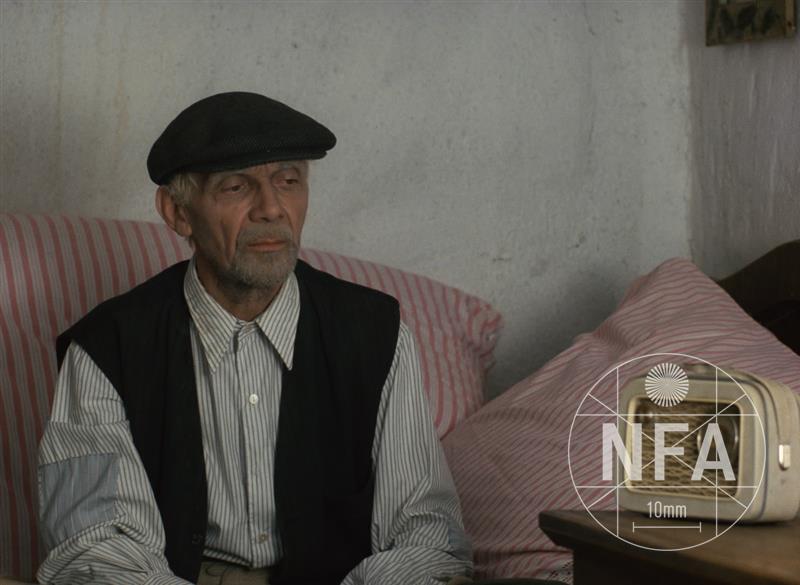