For film audiences, movies devoted to the pioneers of cinema have a nostalgic charm – and Jiří Menzel’s picture is no exception. Shot for the 80th anniversary of the establishment of Czech cinema, this movie is based on the lives of real historical figures whose identities were concealed by new names, which still made it easy to guess who they were. The owner of Prague’s first permanent cinema, Viktor Ponrepo, is called Vilém Pasparte in Báječní muži s klikou (Those Wonderful Men with Crank), the film pioneer Jan Kříženecký had his name changed to Jakub Kolenatý, and the cabaret artist and first Czech film actor Josef Šváb-Malostranský became Jára Šlapeta. Other characters in this whimsical comedy about the beginnings of film in the Czech lands also have real prototypes, as do the films made by the fictional heroes of Those Wonderful Men with Crank. Although Jiří Menzel used his knowledge of archive materials and historical facts in his eighth film, he and fellow screenwriter Oldřich Vlček did not adhere too closely to real life. Consequently, the filmmakers not only offer a vivid and informed insight into history, but also provide an entertaining spectacle conceived as retro-nostalgia. The cinematographer Jaromír Šofr and composer Jiří Šust made an important contribution to the film’s alluring atmosphere. Menzel made use of a playful and poetic narrative approach, which provided him with a safe and crowd-pleasing setting during the difficult “normalisation” era of Soviet entrenchment that followed the Warsaw Pact invasion. The director entrusted the lead role in this joyful tribute to the difficult craft of filmmaking to Rudolf Hrušínský, who had already been a perceptive collaborator in the nostalgic tragicomedy Rozmarné léto (Capricious Summer, 1967). While the role of the mercurial comedian Šlapeta was played by Vladimír Menšík, Menzel symbolically reserved the part of the first Czech director for himself. The co-screenwriter Oldřich Vlček appears in this timeless film in a smaller role as Berousek.

Returning home to Prague, the magician Pasparte, an owner of a circus caravan, a projector, and a father of Pepička, meets his dying colleague who entrusts his beautiful daughter Aloisie to his care. In Prague they all take up their lodgings at the house At Blue Fish in which they intend to arrange the programmes. The firm is owned by widow Evženie with whom Pasparte shares flat and bed. Evženie is jealous of Aloisie therefore Pasparte sends Aloisie as a housewife to the single man Jakub Kolenatý who earns his living by photographing and wants to record the revived pictures of Prague. Pasparte wants to found in Prague the first permanent Czech movie theatre in which there would be projected also the original Czech films. Therefore he applies for licence and joins Jakub who enables him to shoot the documentary record of famous actress Emilie Kolářová-Mladá. Emilie does not like the cinematograph and after she finds out that secretly her performance was filmed she destroys in anger the scanned material. The expectations of the men with crank are lost and Pasparte prepares, to his daughter's delight, to leave Prague. But closely to the departure he gets the licence and this is what decides. He marries Evženie to get money for the movie theatre and becomes a respected owner of the first permanent movie theatre. Aloisie returns to Jakub and they love one another. When Emilie learns about success of film roles of famous Sarah Bernhardt she is desirous to offer her services to cinematography. 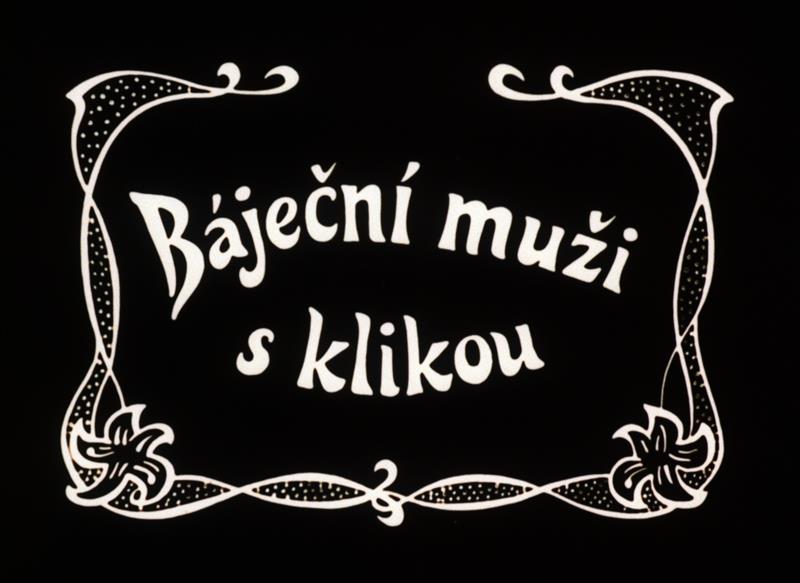 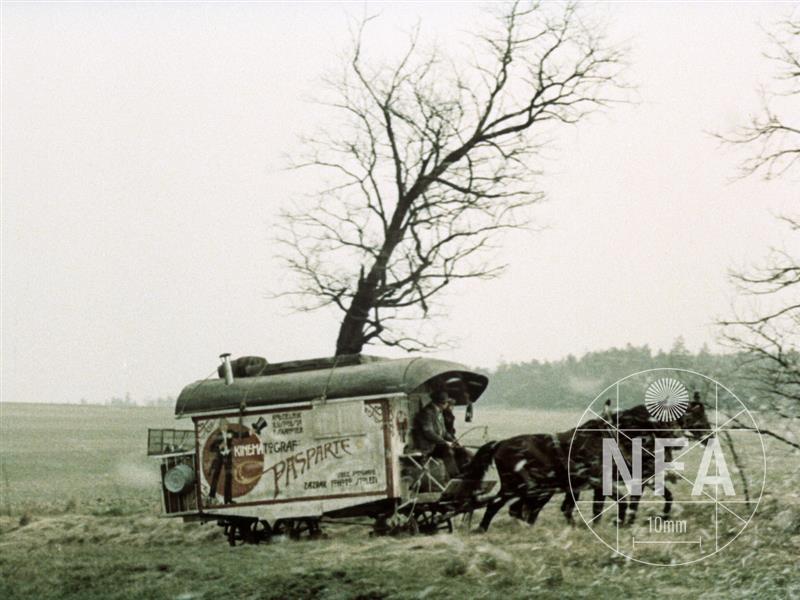 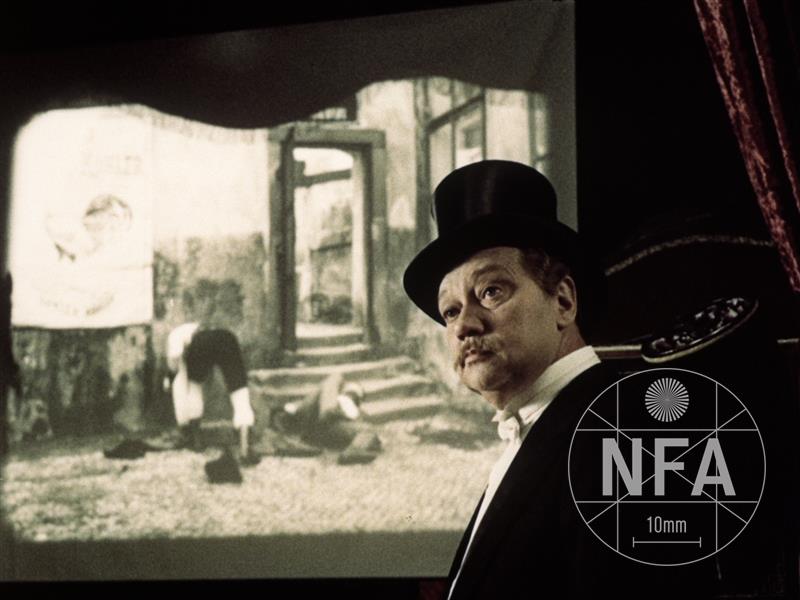 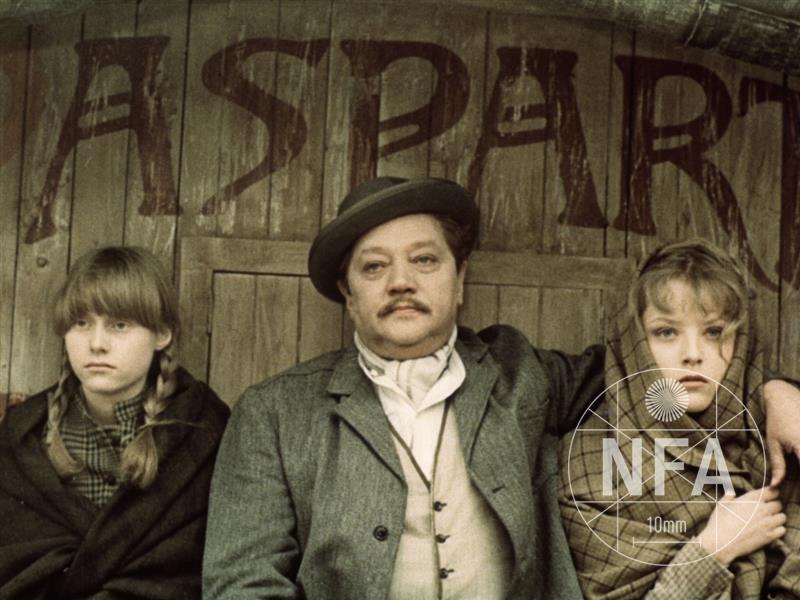 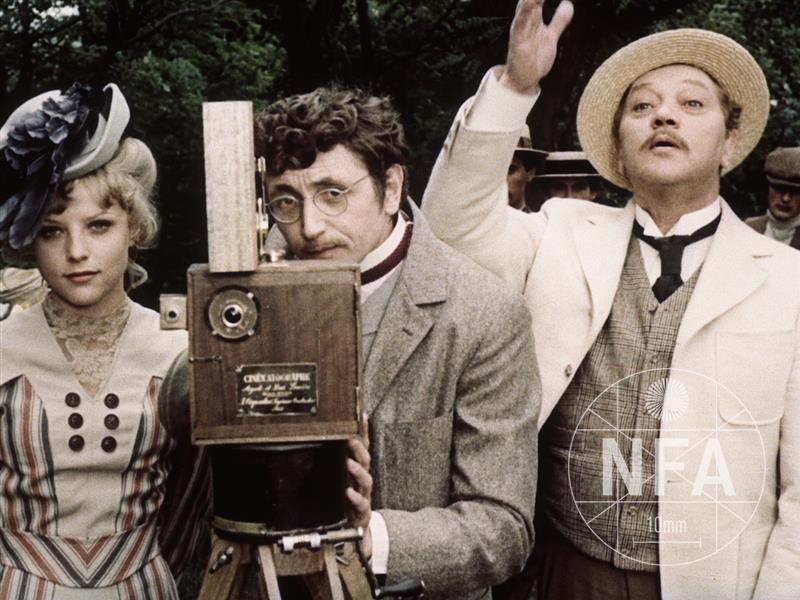