This fairytale adventure set in 1611 numbers among the features for children and adolescents that predominantly populate director Ludvík Ráža’s filmography. Screenwriter Ondřej Vogeltanz – who also scripted Ráža’s “Twainian” TV movie Princ a chuďas (The Prince and the Pauper, 1971) – sets his child stars amidst the dramatic ambience caused by the outbreak of the Thirty Years’ War. Mercenaries from Passau are retreating to avoid the army of the Hungarian king and our modest heroes become victims of the circumstances. The overflowing purse of merchant Bartoš, and the magic bottle that can fulfil a wish for anyone who possesses it, complicate their journey even more. Wandering musician Matouš, who dreams of forming a great band, and lonely, 12-year-old Magdalena, searching after her lost mother, encounter each other on their way to Krumlov… Young Michaela Kudláčková and the seasoned Ivan Vyskočil take centre-stage in this attractive genre feature from Ráž.

It is 1611. The army from the Austrian Passau invades Bohemia. It murdered and plundered in Prague until the army of the Hungarian king forced it to retreat. The soldiers want to get to the town of Krumlov but they face the attacks of the Bohemian cavalry men. Ordinary people, however, must be careful about both the former and the latter. But even in this merciless time, they want to live, fulfill their duties and heed their dreams. Merchant Barto is transporting a pouch with money to pay off his debt to the village magistrate, Holoubek, but the leader of the Passau mob, Hoff, takes it off him. He, too, has his big wish - to have a large cohort of cavalry men, but that costs lots of money. The wandering musician Matou, called Doggie, is obsessed by his desire to establish a large music band, but that requires lots of money as well. The twelve-year old Magdalena travels to Krumlov to her mother's. Everybody who meets on their travels or in a pub have an itch for Barto's money pouch and are prepared to fight for it. In Krytof's pub, the quack Physicus sells a magic vial. It can reportedly fulfill one wish and then must be sold, but only for half the previous price. Matou buys the vial and, in no time, draws the money pouch from the water. Magdalena and Matou are arrested on the basis of a false denunciation. Matou must throw a dice for his life. Magdalena buys the vial from the publican for three groschen. She then plays instead of Matou and wins. The two drop in to Krytof's pub. They are caught up by Hoff there who buys the vial from Magdalena. He hears a horse whinney and goes to the front of the pub, convinced that his dreamt-up cohort is outside, but he is shot by the enemies. Matou and Magdalena set off to Krumlov. They do not believe in miracles any more. 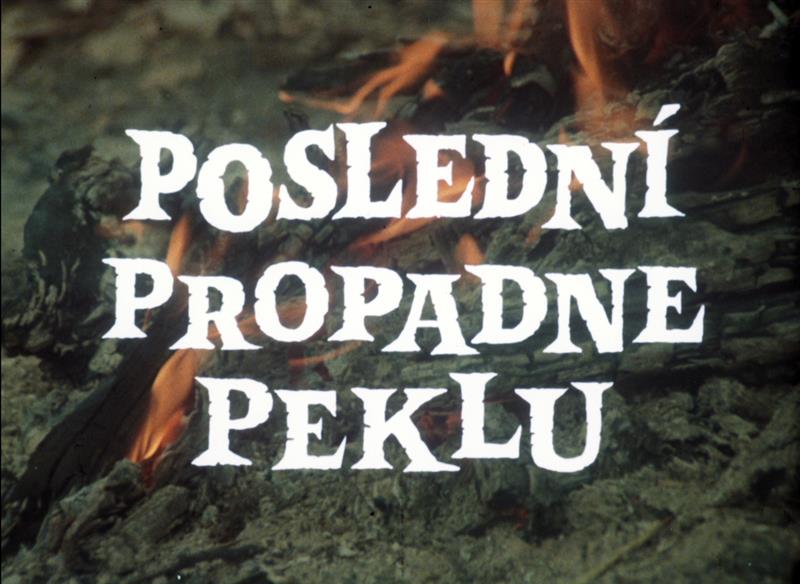 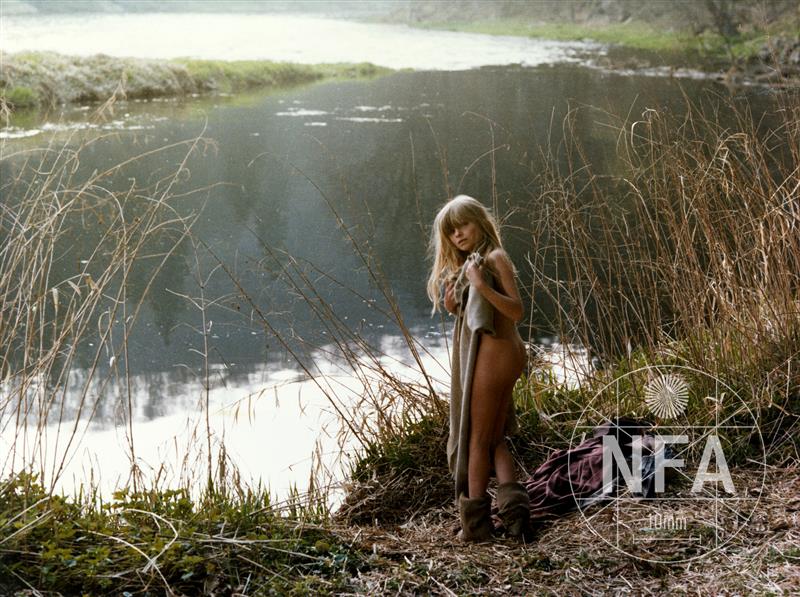 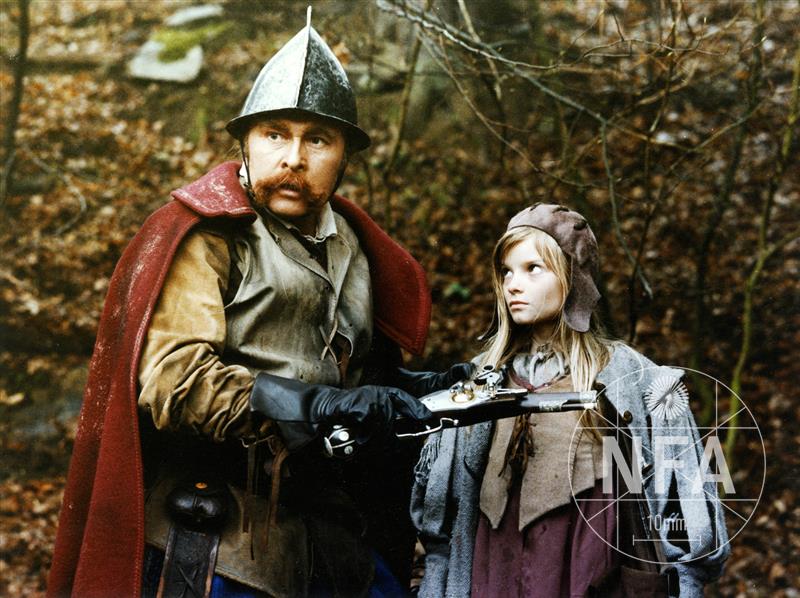 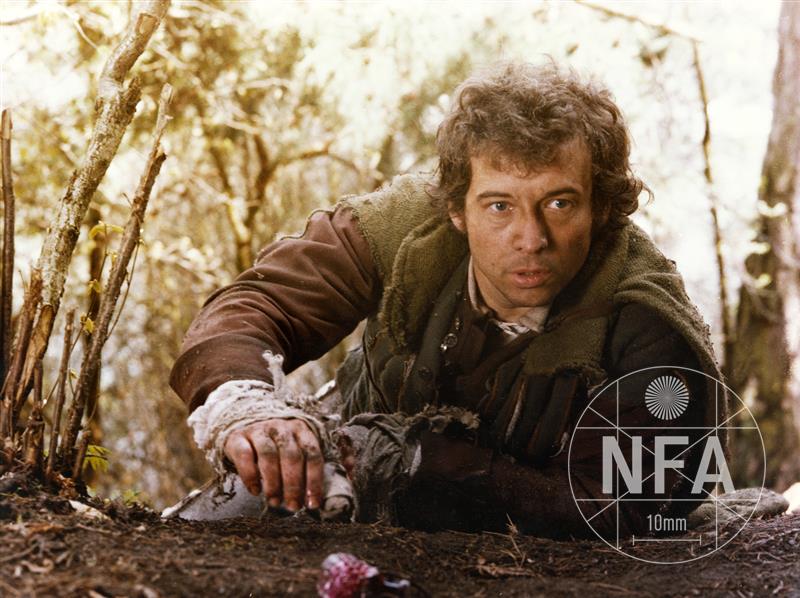 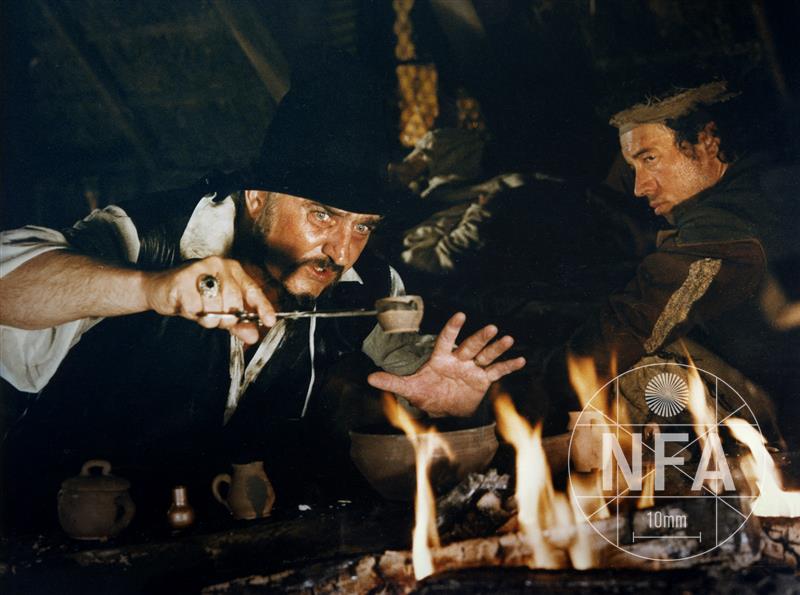