The horror genre has made only sporadic appearances in Czechoslovak film. One such occasion was the release of Věra Chytilová’s Vlčí bouda (Wolf Chalet, 1986), but as with other works by the controversial filmmaker, she used the genre as a vehicle for elucidating more general meanings. In Vlčí bouda, the director stays within her favourite territory: a look at the morality of a relationship that approaches a parable of contemporary society. The plot is based on a story theme and screenplay by Daniela Fischerová and it is essentially constructed according to the ground plan for an archetypal tale. The narrative outlines how a group of 11 young people must undergo a rite of passage prematurely, in an environment cut off from the ordinary world. The group is taking part in an elite skiing course at Wolf Chalet in the mountains. They need endure harsh drills under their chief instructor, nicknamed “Daddy”, and two other instructors, Dingo and Babeta. The instructors deliberately incite mistrust and dissention among their wards to compel them to make a life and death decision: if the young people sacrifice one of their peers, they will be allowed to return home. The horror genre surprisingly turns into a venture into sci-fi. The instructors are revealed to be aliens who are testing this sample of humans as part of their preparations for an invasion… In Vlčí bouda, Chytilová tried to expose the mechanisms by which totalitarian regimes manipulate the populace. Despite the fact that young people often represent hope in Chytilová´s feature films, the ski course participants at Vlčí bouda have already been infected by greed and the compromising attitude of adults. Key impacts of the film are reinforced by nerve-racking, dynamic takes from cameraman Jaromír Šofr and the disturbing score by Michal Kocáb. The actors strictly follow the director’s instructions and so their performances are highly stylised. Miroslav Macháček shines as “Daddy”; amateur actors Tomáš Palatý and Štěpánka Červenková play the other instructors. The director also cast talented debutants in the roles of the teenage heroes, many of whom continued acting for years to come.

The selected participants of a ski training at the remote Wolf chalet first meet at an end station of the mountain railway called the Terminal. They are waited for by the head of training, nicknamed Dad, and the instructors, named Dingo and Babeta. There are eleven children - six girls and five boys. They can get to the mountain chalet only by a lumberjack funicular. The children agree on the motto "One for all, all for one" nearby the dilapidated chalet. But the ski training is going to be far from peaceful. They suffer from a lack of food and Táňa, moreover, claims that there is one child too many because the training was only prepared for ten. Gába finds out that Dad does not speak the truth but he convinces her that everything is just a game. Each of the participants is concealing something. The children quarrel, slandering and threatening each other. Various relationships develop among them and everybody's character is revealed. Also the heads' behaviour is quite odd. Petr becomes convinced that they are in the hands of insane people. The truth, however, is even worse. The heads of the training are in fact creatures from another planet whose inhabitants want to occupy Earth as soon as the humans exterminate each other out of hatred. The children serve as a sample of human race. Dad points out that only ten of them can return home and they must sacrifice one. The children think that it is a game and their disputes and quarrels continue; they even threaten each other with death. But they gradually become aware that they indeed face danger, and decide to escape. They get to the funicular on time but the platform is overcrowded. The young people nevertheless discover mutual solidarity in the crowd. They get rid of everything that is unnecessary for survival, including clothes, and the lightened funicular eventually starts moving. The lights of human dwellings shine in the approaching valley. 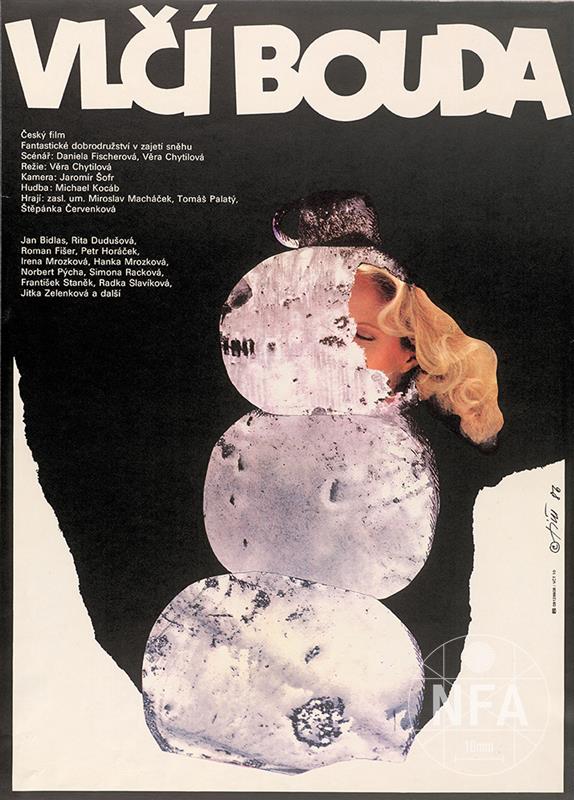 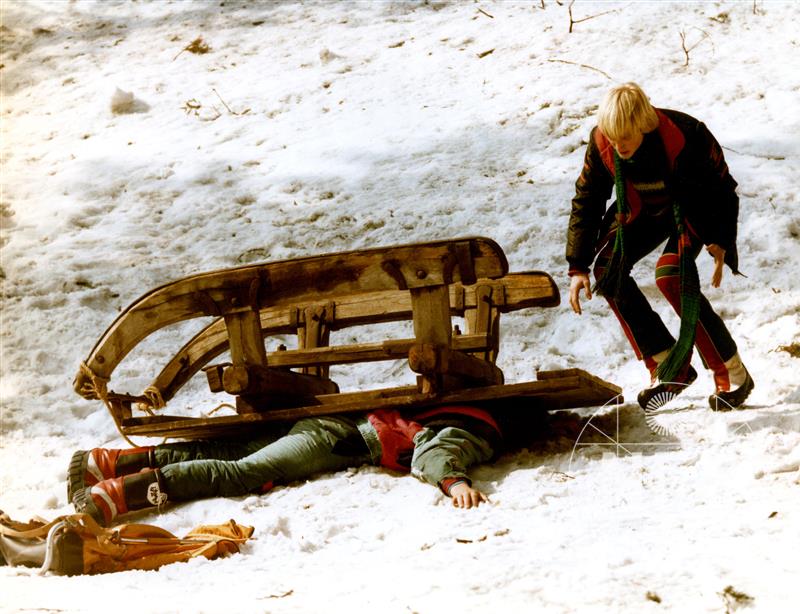 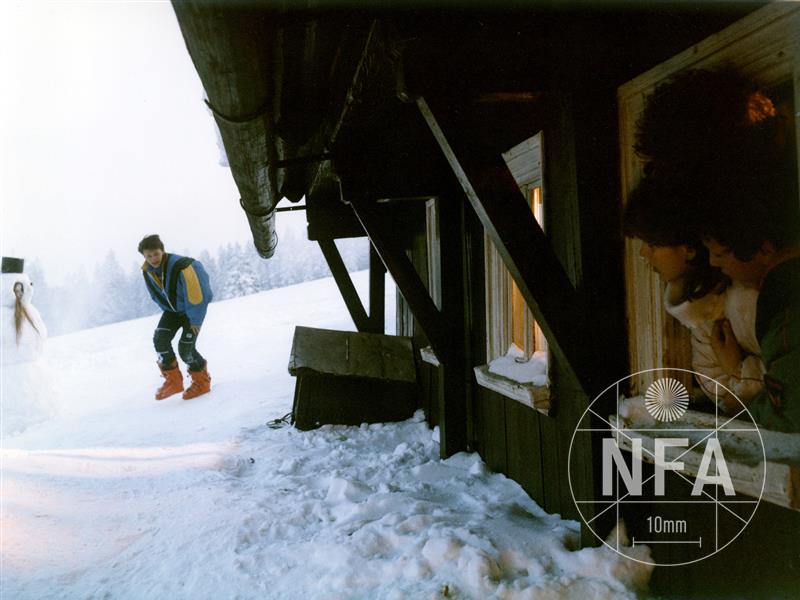 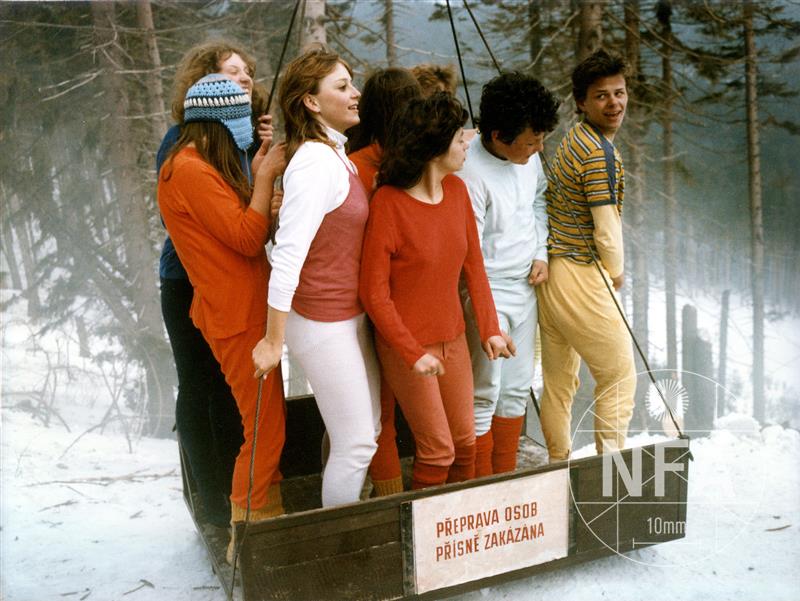 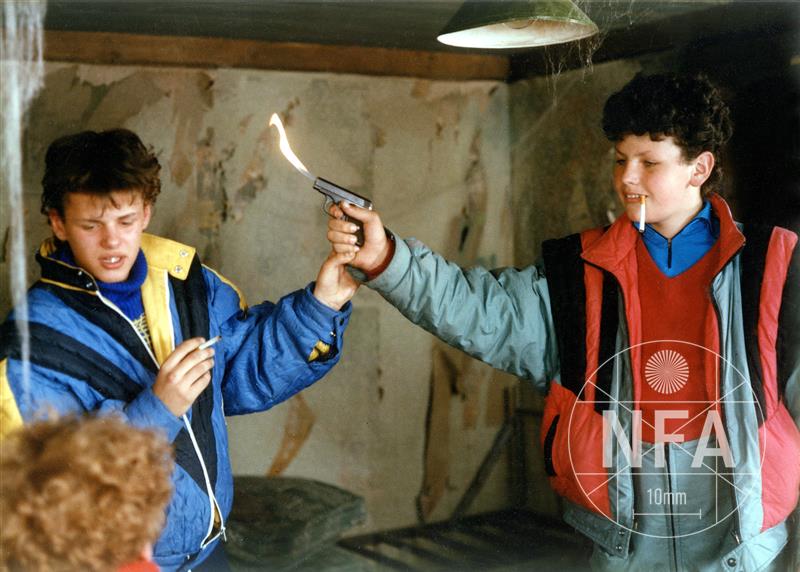