Following his feature-film debut, Zvířata ve městě (Animals in Town, 1989), director Václav Křístek made this bittersweet comedy about two comics, who from 1971-1989 try to make a living as music hall comedians. Self-made provincial comic Láďa Boudník joins forces with the avant-garde actor and author Vyžilý. The comic duo find success with their “risque” sketches, perform in their own TV show, and even get the chance to host a New Year’s Eve “Silvestr” broadcast. But in the end, they encounter a series of obstacles to further success. The film offers the unusual pairing of actors Pavel Zedníček and Arnošt Goldflam as members of a “lost generation” of artists, robbed of their prospects by the communist regime. Miloslav Kopečný plays manipulative doctor Jonáš. The film was green-lit during the final days of the former regime, but was not produced until 1990. Consequently, the filmmakers were able to hastily update the story to reflect contemporary events.

It is shortly after the Velvet Revolution in Czechoslovakia and no one remembers the popular duo of music-hall artists Boudník and Vyžilý any more. Boudník 1971: The thirty-year old Láďa Boudník lives in various ways in his native village. He is forced to become a member of the Socialist Youth Movement during the celebrations of the Day of Czechoslovak-Soviet Friendship. Láďa is rather reluctant but he finally indeed appears on the stage in the Youth Movement's uniform. He, however, shows up with thick eyebrows glued on, imitating the then Soviet president Brezhnev just to liven up his appearance. He solves the scrape by escaping to Prague. Wandering through the town, he runs into an avant-garde underground theatre and meets its ringmaster and actor named Karel Vyžilý, whose acting partner has emigrated. The influential doctor Jonáš recognizes his talent but Láda runs away because of his homosexual proposals. He finds out that someone stole his things from the railway depository box but the girl Monika, working in a railway snack bar, helps him. Vyžilý 1971: Vyžilý fails to stage an avant-garde drama and his theatre is abolished. He introduces Monika and Boudník to his wife Jana. Jonáš forces Vyžilý to sign his official agreement with the August 1968 invasion by the Warsaw Pact armies and only then can he launch his touring performance with Boudník. The new acquaintances get drunk at the conservatory for people with sight malfunctions, where Monika's father is the janitor. Monika loses in a "stripping" game, played with a bottle, and walks naked in front of the students. It does not trouble her because no one can see her anyway. How they failed to bear it. 1977: The duo of comedians enjoys success with its "courageous" numbers. Jonáš arranges for Vyžilý to appear on TV. While the actor is on the TV screen, playing the part of Punch, his wife is making love to Boudník. How they solved it. 1981: Boudník continues his love affair with Jana who accompanies him on his touring performances but the two do not know how to tell it to Karel. They were as signed a new independent program on television and work together on the screenplay of a satirical drama. Jana, now a film editor, receives an order to remove most of the gags. Karel learns from an anonymous letter that Boudník is sleeping with his wife. How they were successful. 1984: Jonáš entrusts the duo to moderate the TV New Year's Eve celebration programme held in a mountain hotel. Karel and Láda climb up to a ski-jump and confess to each other. In the hotel, they spray a live goose red. They moderate the New Year's show and the present members of the Youth Movement are having great fun. But when Boudník and Jana drink a toast at midnight, Karel shoots at them with a handgun. Boudník runs away but Vyžilý shows him that it was actually just an alarm gun. The two men eventually reconcile but the evening ends up by an immediate ban of their performing as soon as the red goose walks into the lounge for the bigwigs. Boudník returns to his village. His stepfather now lives in a retirement home and his former lover Vendula got married. How they met again. 1988: A member of the Secret Police forces Boudník to work in the closed national monument at Vítkov. The object's caretaker is Vyžilý. Jana had divorced him. The actor is preparing a girl called Vendulka for the entrance exams to the Department of Dramatic Theatre at the Academy of Performing Arts. Boudník recognizes his daughter in the girl. He threatens to jump from the roof to protect her from her friend and, unfortunately, really falls down. How they tried again. 1989: Boudník is in the hospital. Karel visits him and the two rejoice that "it has finally come" – the communist regime was overthrown. Jonáš, decorated with a tricolour, unscrupulously reigns on television. The two men are invited onto the stage in a theatre on strike, but they refuse to appear on TV. They part in the subway but Boudník eventually gets into Karel’s carriage and joins him.

The film is based on Guillaume Apollinaire´s texts from the story Astonishing Adventures of the Baron D´Ormesan and on the motives of the nonrealized screenplay Sci-fi for the Or Company. 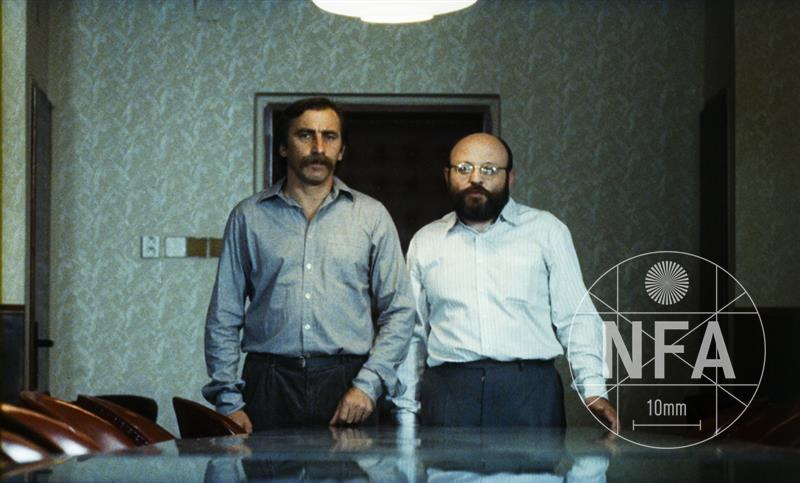 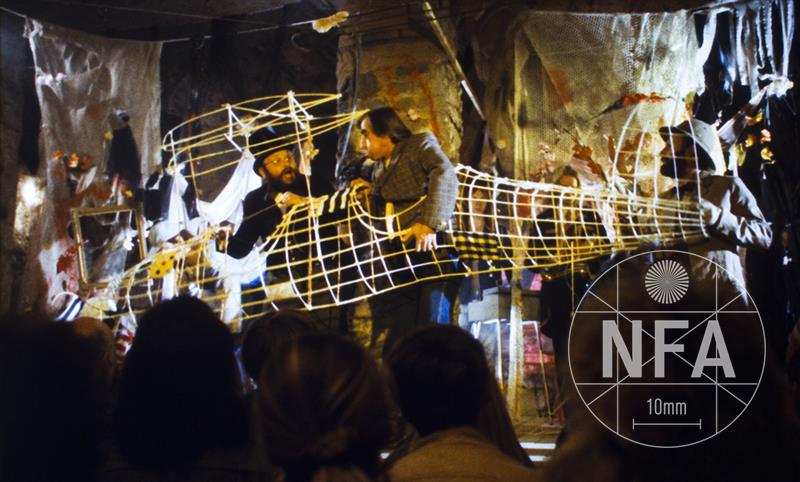 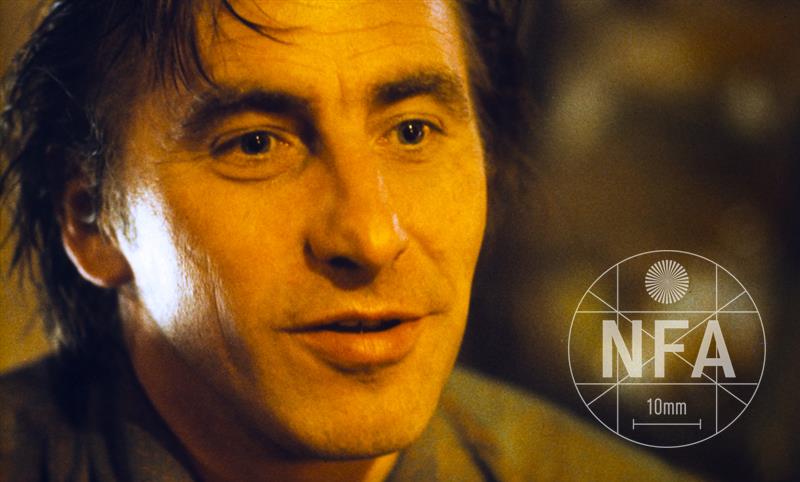 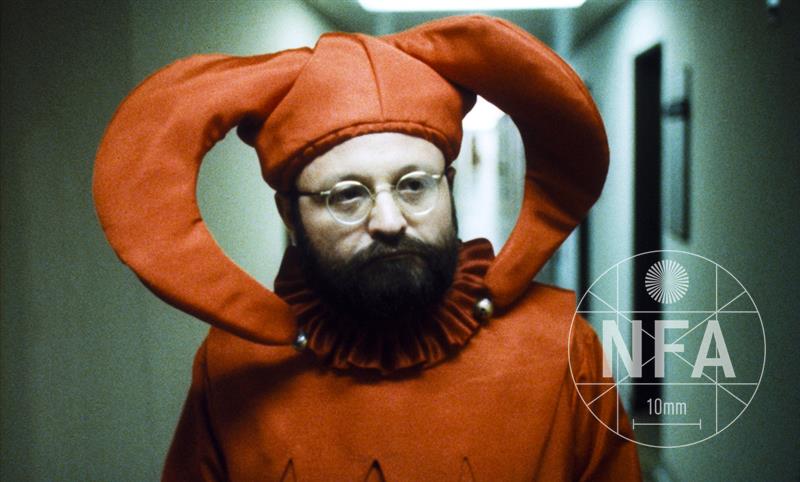 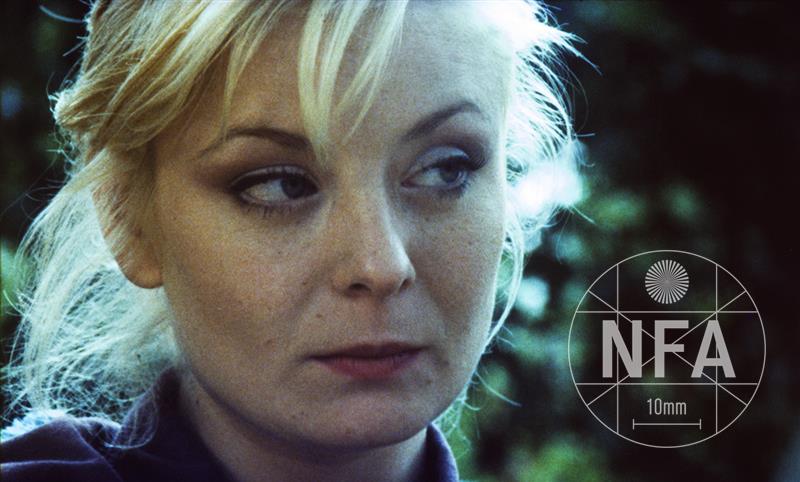